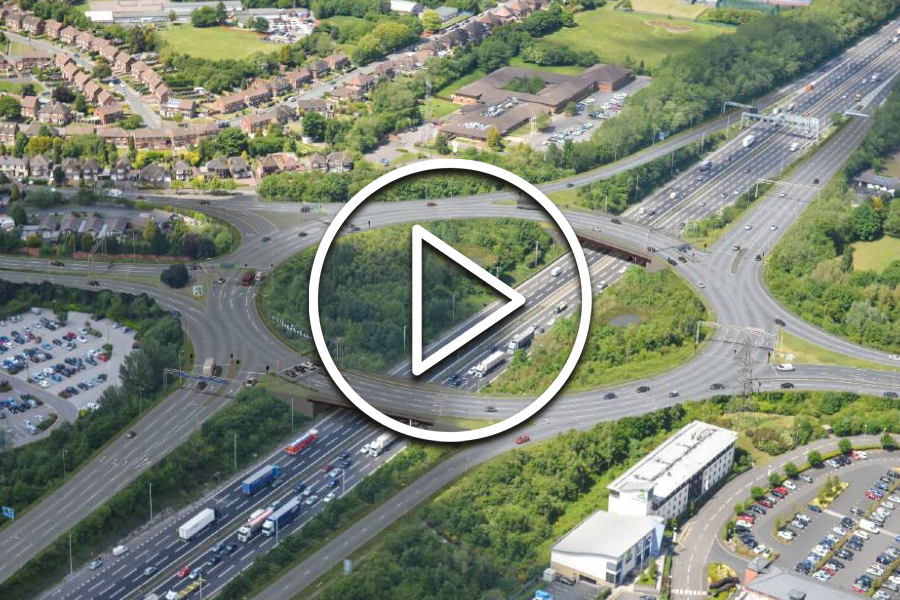 A video animation shows the scale of the major operation to lift 44m-long steel bridge beams into place across the M6 in the West Midlands.

The M6 will be closed in both directions at junction 10 on the weekend of 16 to 19 July to enable the beams to be put in place, creating a new bridge over the motorway.

The work marks a significant milestone in the £78 million transformation of the Walsall junction which will replace the 50-year-old bridges currently in place across the M6 and double the number of lanes around the junction from two to four.

Highways England and Walsall Council, supported by the Black Country Local Enterprise Partnership, have joined forces to fund the congestion-busting upgrade. Contractor John Sisk & Son is carrying out the work.

Both carriageways of the motorway will be closed from 8pm on Friday 16 July until 6am on Monday 19 July while the beam lift takes place to ensure the safety of workers and road users.

There will be an ‘up and over’ diversion for traffic which will leave the motorway at junction 10, travel over the roundabout and then re-join the M6 on the other side.

The work was due to place at the beginning of July but was postponed due to unforeseen circumstances impacting on the delivery of the beams.

“We know this is a very busy junction and we would only close the motorway if absolutely necessary.

“There are likely to be significant delays at times and would urge anyone travelling along the M6 this weekend or in the local area to look at alternative routes if possible and to allow extra time for journeys.

“We are grateful to people for their understanding while we carry out these important improvements that will tackle the congestion that has plagued drivers, businesses and local communities for some time.”

The beams for the south bridge will be lifted into place later in the summer and will also require the M6 to be closed. The old bridges will be demolished later in the scheme.

The congestion at junction 10 was identified as one of the main transport issues facing the region in the West Midlands Strategic Transport Plan.

As well as work on the junction itself, the westbound carriageway of the busy Black Country Route is being widened from two to three lanes from junction 10 to Marshlands Way.

Original source article: https://www.gov.uk/government/news/new-video-gives-insight-into-scale-of-m6-bridge-works
Disclaimer: This article was not originally written by a member of the HighwaysIndustry.Com team. 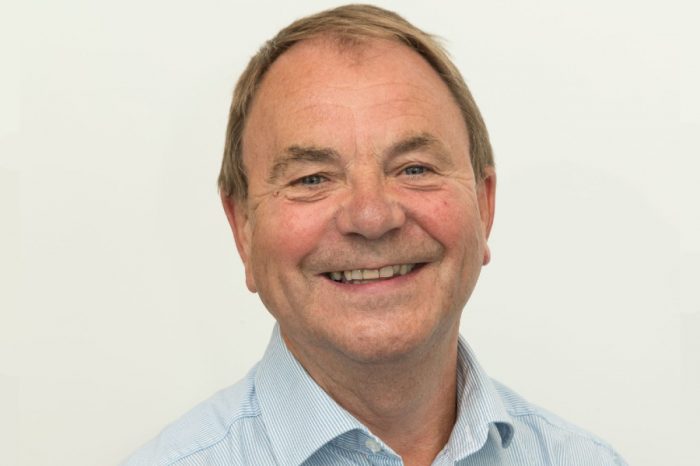 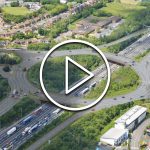