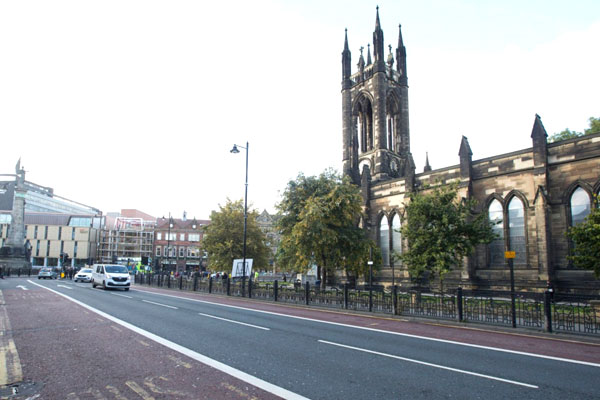 The latest stage of a £60m city centre revamp in Newcastle has been revealed in what councillors have said will be the biggest roads shake up since the creation of the Central Motorway.

Newcastle City Council aims to carry out work on Barras Bridge, St Mary’s Place, Percy Street, Great North Road, Claremont Road and Queen Victoria Road as part of a £10m scheme which will see a new remote controlled traffic system installed in a bid to ease congestion in the city, as part of its Re-Newcastle programme.

Under the plans, the council reveals improved pedestrian crossings and wider footpaths around the streets as well as new road layouts to make way for bus lanes and segregated cycle ways as drivers see increasingly restricted access.

St Mary’s Place, Queen Victoria Road and Percy Street would all see restricted access for cars introduced and the Great North Road could see speed limits lowered from 40mph to 30mph where it meets Claremont Road.

Ged Bell, cabinet member for investment and development at Newcastle City Council, said: “One of the most important parts of our investment programme is renewing the heart of the city.

“We are changing an antiquated road system into something that will not only cope now but cope with future traffic.

“We apologise for the short term inconvenience, we have tried to minimise this.”

Coun Bell said the improvements were vital in delivering the city plan which hopes to build 21,000 homes and create 14,000 jobs by 2030.

The project will be funded by a government grant which can only be used to improve the infrastructure in the city.

Barras Bridge and Percy Street are set to see the most significant changes. 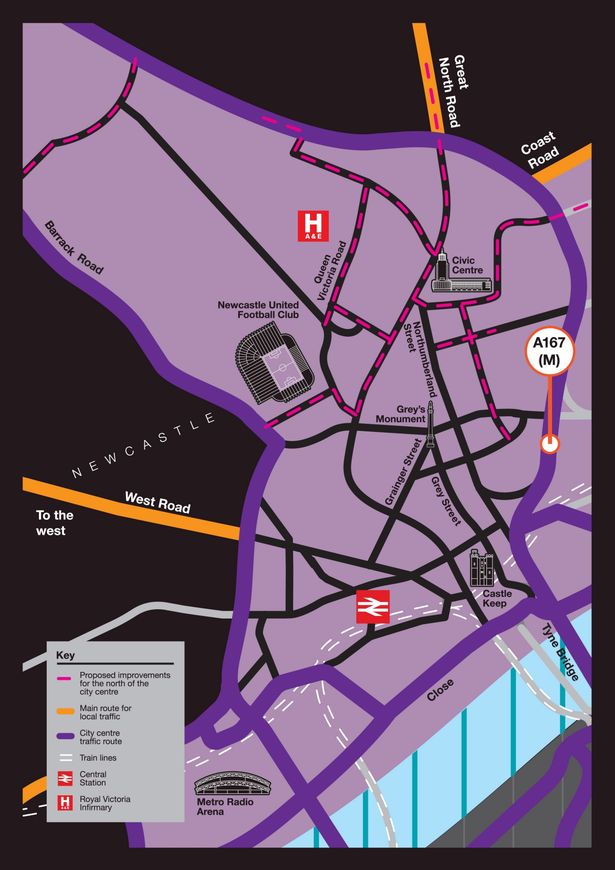 At Barras Bridge crossings would be improved, footpaths widened in the hope of attracting pavement cafes, and improved traffic lights installed.

Percy Street could see a pedestrian crossing relocated to work better with traffic flow, and drivers given access to shops’ click and collect points, while the bus station would become access only.

Drivers would be given real time updates on the number of parking spaces and the council says changes to the remote traffic light systems mean traffic can be actively managed in a bid to reduce congestion should there be a major accident.

He added: “We are committed to improving access to the city centre attractions and employment and want Newcastle city centre to be an attractive destination for people to visit, shop, work and learn which is why we are making improvements to our road networks.

“The city centre is key to our city’s future and we need to provide for the needs of businesses and retailers.

“Businesses rely on people to access their shops and services and by investing in transport developments, we can further support their operations and improve the economic viability of the city.

“We need to redesign the city centre so that it works better for everyone.

“This means better use of road space, freeing up space for people on foot, bikes and buses and improving the public realm.

“This will help us reduce congestion and pollution by redirecting traffic through the city centre and creating better public transport links and cycling facilities.” 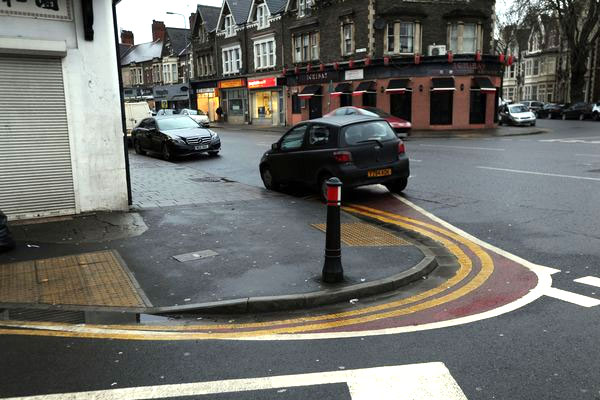 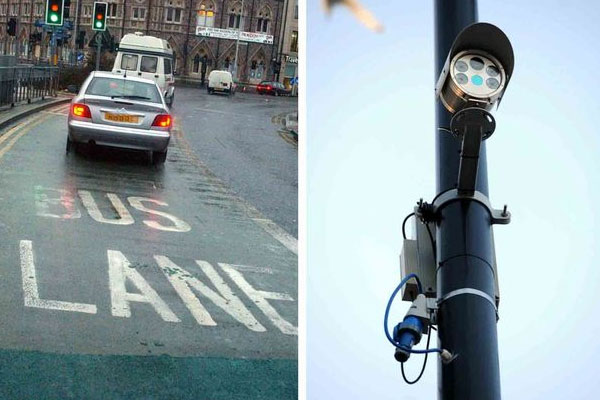 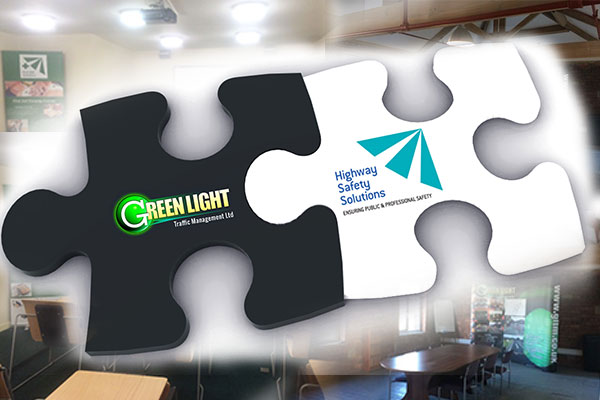 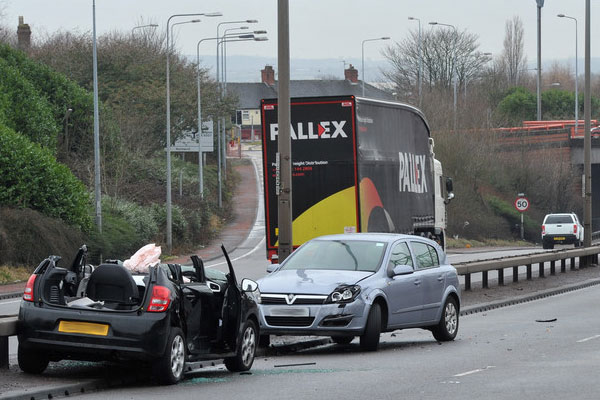 Demand for cash to improve dangerous A50 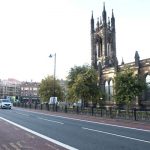