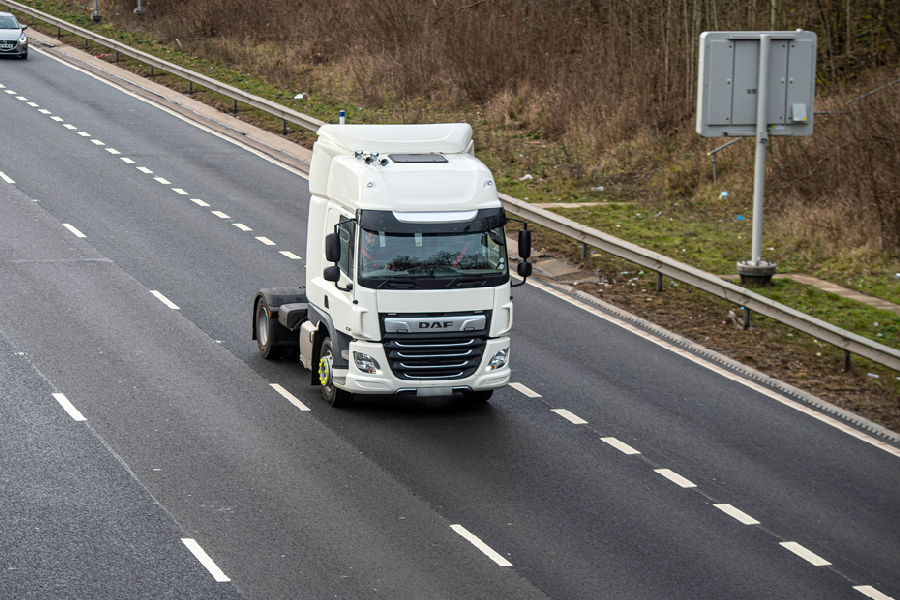 Police officers caught 92 drivers using their mobile phone illegally – with one playing online poker and another FaceTiming his partner.

Failing to wear a seatbelt was the most common offence with 138 people seen risking their lives without the safety protection.

In total there were 594 vehicles stopped by police using the unmarked cabs including 230 HGVs and 199 private vehicles. Action taken ranged from words of advice or fixed penalty notices to traffic offences being reported and even eight arrests.

The unmarked Operation Tramline HGV cabs are funded by Highways England and used by police forces across the country. They were a key part of the multi-agency week of action which ran from Monday 24 May to Sunday 30 May.

The campaign took place along the length of the M6, the longest motorway in the country. As well as the Operation Tramline HGV cabs, there were also additional police patrols, vehicle stops and advice given to drivers at motorway services by campaign partners.

Highways England deals with around 180 reported incidents on the M6 every day including a large number of traffic collisions – 4,222 were reported on the M6 in 2019.

But the week of action, which ran under the banner of Operation Vertabrae, saw a reduction in the number of incidents and traffic collisions.

The number of incidents recorded by Highways England reduced during the campaign from 1,301 the week before to 1,287 while the number of traffic collisions fell 17% from 71 to 59.

“Our aim through this week of action was to make not only the M6 but all of our roads safer by raising awareness and encouraging motorists to consider their driving behaviour.

“The HGV cabs helped the police to identify almost 600 dangerous drivers who could have caused collisions and harm if they hadn’t been pulled over. Our safety advice given at motorway services and through the campaign also helped to make the M6 safer.

“We are confident that, working together with our road safety partners, this campaign has helped spread our safety messages to drivers but also raised awareness that those who engage in high risk behaviours can expect to be spotted and, if an offence has been committed, action will be taken by our enforcement partners.”

Among the dangerous drivers spotted during the campaign was a motorist who had no insurance or licence, was not wearing a seat-belt and neither was a four-year-old child sat on someone’s lap in the car.

Warwickshire Police stopped a driver who was found to have 22 points on their licence and no insurance.

While Central Motorway Police Group pulled over a car near to junction 10 which had false plates, no documents and the driver only had a provisional licence. He was reported to the courts for traffic offences and the vehicle was seized.

From their elevated viewpoint in the unmarked HGV cabs, police officers were able to spot people driving dangerously – whatever vehicle they may be in.

“This operation highlights the number of drivers that are willing to risk their own lives and the lives of others by driving vehicles in poor and dangerous condition, and by choosing to use a mobile phone, speed or not wear a seatbelt whilst driving. Once again it is terribly disappointing that we encountered so much poor driver behaviour on our roads.

“Using a mobile phone is a major causation factor in many collisions and the dangers of drink and drug driving are also well known, yet we continue to deal with drivers risking theirs and others safety.

“We are committed making Warwickshire’s roads safer, however we cannot do this purely with enforcement, and we are asking drivers to please avoid these high risk behaviours whilst driving.”

“The use of the Operation Tramline HGV was a great opportunity to give us an elevated view of those driving on the Cumbria stretch of the M6 and catching those driving dangerously and putting other road users at risk.”

In addition to the Operation Tramline figures, the North West Commercial Vehicle Unit also stopped 85 HGV and LGVs. Of these, 45 offences were discovered including unsafe tyres and breaches over the drivers’ hours and load weight.

The unit used marked police cars to stop commercial vehicles on the M6 across the north west. Among the incidents they spotted was a driver reversing back along a live lane at junction 18 in Cheshire because he had overshot the junction.

Other agencies taking part in the week of action included the Driver and Vehicle Standards Agency, Health and Safety Executive, HM Revenue and Customs and the Home Office.

The DVSA carried out checks at eight locations along the M6 checking caravans and trailers, vans and HGVs. They discovered 216 vehicle defects including tyres and brakes. Also 229 roadside offences such as drivers’ hours breaches and overweight vehicles.

Original source article: https://www.gov.uk/government/news/week-of-action-targeting-m6-captures-more-than-600-offences
Disclaimer: This article was not originally written by a member of the HighwaysIndustry.Com team. 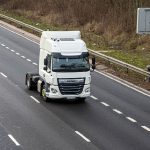