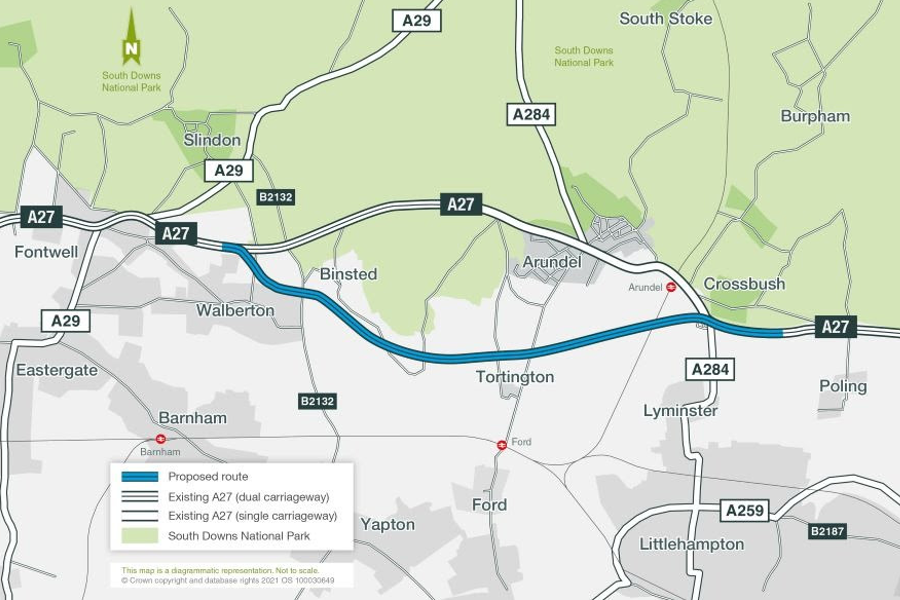 Updated plans for upgrading one of the worst traffic bottlenecks in South-East England have been unveiled by National Highways today (Tuesday 11 January).

The A27 connects many coastal communities and serves a combined population of more than one million people; it is essential to those who live and work in the area. The plans will help improve journeys for tens of thousands of drivers using the A27 around Arundel, the only section of single carriageway between Worthing and the New Forest. The plans will also protect Arundel’s historic town centre and draw long distance traffic away from other, less suitable roads through the South Downs National Park.

The grey route, which was chosen in October 2020, includes creating a new dual carriageway to join up the two existing sections either side of Arundel and will help to reduce journey times, improve reliability and make the road safer.

“We have worked hard on these plans since the announcement of the grey route in 2020. These plans will tackle one of the biggest traffic bottlenecks in the South-East and will improve journeys for thousands of drivers on the A27, not only in and around Arundel but along the whole south coast.

“As well as being a traffic bottleneck, the existing A27 between the Crossbush and Fontwell East junctions experiences an above average number of accidents compared with other rural A-roads.”

“Arundel is a special place and has a unique cultural heritage which is rightly protected. We have worked hard on the plans over the past 15 months and assessed the route in greater detail so that people can see and understand all the factors that needed to be assessed and how the scheme has been designed to fit into the landscape. There is now much more detail available – I encourage people to look at the detailed consultation brochure and the flythrough to get an in-depth overview of where the main improvements have been made.”

“The whole point of this statutory consultation is to talk to people and hear feedback on our plans. All the information is available online to allow people to better understand how the scheme will affect them and my team and I will be out at public events over the coming weeks ready to answer people’s questions.”

The plans for upgrading the A27 at Arundel will also feature a combination of improvements along the existing road through the South Downs National Park and Arundel.

The grey route features new bridges spanning the River Arun, over the Arun Valley Railway and over Binsted Rife, as well as a new junction at Crossbush, finally putting an end to the ‘road to nowhere’ junction.

National Highways is holding 12 information exhibitions at venues across the area in addition to six ‘live chats’ throughout January and February so that people can examine the proposals and put any questions directly to project team. Documents will also be available to view at several locations in the area.

Details on the proposals, document inspection locations and feedback forms will be available from today until the consultation ends on 8 March 2022 at https://a27arundelbypass.consultation.ai/ 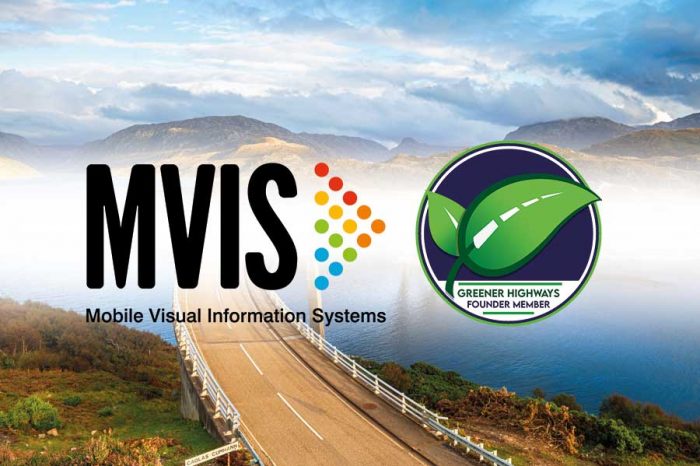 MVIS | Committing to Sustainability as Newest Member of Greener Highways 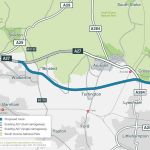