The government is today (14 June 2022) closing the plug-in car grant scheme to new orders after successfully kickstarting the UK’s electric car revolution and supporting the sale of nearly half a million electric cars.

The scheme has succeeded in creating a mature market for ultra-low emission vehicles, helping to increase the sales of fully electric cars from less than 1,000 in 2011 to almost 100,000 in the first 5 months of 2022 alone.

Battery and hybrid electric vehicles (EVs) now make up more than half of all new cars sold and fully electric car sales have risen by 70% in the last year, now representing 1 in 6 new cars joining UK roads.

The government has always been clear the plug-in car grant was temporary and previously confirmed funding until 2022-23. Successive reductions in the size of the grant, and the number of models it covers, have had little effect on rapidly accelerating sales or on the continuously growing range of models being manufactured.

Due to this, the government is now refocusing funding towards the main barriers to the EV transition, including public charging and supporting the purchase of other road vehicles where the switch to electric requires further development.

To continue the government’s drive towards net zero and ensure effective use of taxpayer funds, £300 million in grant funding will now be refocused towards extending plug-in grants to boost sales of plug-in taxis, motorcycles, vans and trucks and wheelchair accessible vehicles, as announced in the autumn statement.

The shift in focus will also help allow government funding to target expanding the public chargepoint network, helping to eradicate “range anxiety” and ensure the transition to zero-emission transport is easy and convenient for all drivers across the UK. The government has already committed £1.6 billion to building the UK’s public chargepoint network.

Significant savings in running costs for electric cars compared to petrol or diesel equivalents can often exceed the current £1,500 value of the grant, and electric car drivers will continue to benefit from generous incentives including zero road tax and favourable company car tax rates, which can save drivers over £2,000 a year.

All existing applications for the grant will continue to be honoured and where a car has been sold in the 2 working days before the announcement, but an application for the grant from dealerships has not yet been made, the sale will also still qualify for the grant.

“The government continues to invest record amounts in the transition to EVs, with £2.5 billion injected since 2020, and has set the most ambitious phase-out dates for new diesel and petrol sales of any major country. But government funding must always be invested where it has the highest impact if that success story is to continue.

“Having successfully kickstarted the electric car market, we now want to use plug-in grants to match that success across other vehicle types, from taxis to delivery vans and everything in between, to help make the switch to zero emission travel cheaper and easier.

“With billions of both government and industry investment continuing to be pumped into the UK’s electric revolution, the sale of electric vehicles is soaring.

“We are continuing to lead the way in decarbonising transport, with generous government incentives still in place, while creating high-skilled jobs and cleaner air across the UK.”

The government’s measures to support the uptake of electric cars over the past decade have helped to exceed electric car projections, with 39,000 new EV registrations in March 2022 – more than in the whole of 2019. Since its inception in 2011, the government’s plug-in car grant has provided over £1.4 billion and supported the purchase of nearly half a million clean vehicles.

A new public evaluation report has been published today highlighting while the plug-in car grant was vital in building the early market for electric vehicles, it has since been having less of an effect on demand, with other existing price incentives such as company car tax, continuing to have an important impact. The report also found the plug-in van market will benefit from grant incentives more to support businesses and their fleets in making the switch.

While benefitting from significantly lower running and refuelling costs – as low as 2p per mile, EV drivers can also expect to see a surge in cheaper, more reliable and quicker public chargepoints, as the government delivers its commitment to install 10 times more on-street chargers by 2030.

Since 2020, the government has committed £2.5 billion to plug-in vehicle grants, infrastructure and the wider transition to electric vehicles in the UK.  The industry is further boosting the switch to greener vehicles by expanding its range of more affordable zero emission cars. A total of 24 models are currently priced under £32,000, compared to just 15 a year ago, and the cost of monthly purchase and rental schemes has fallen significantly.

Original source article: https://www.gov.uk/government/news/plug-in-grant-for-cars-to-end-as-focus-moves-to-improving-electric-vehicle-charging
Disclaimer: This article was not originally written by a member of the HighwaysIndustry.Com team. 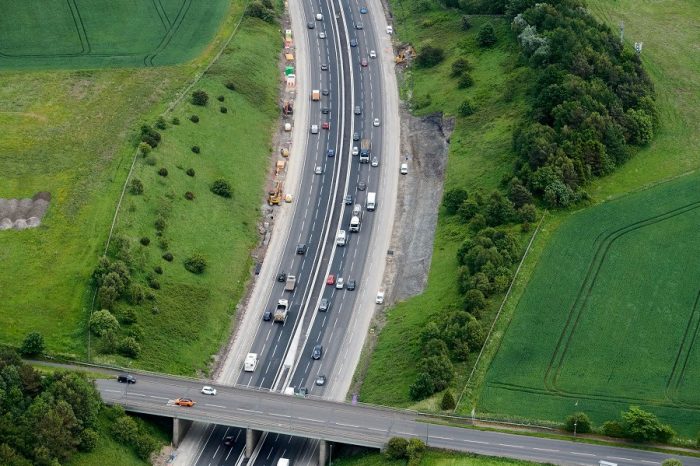