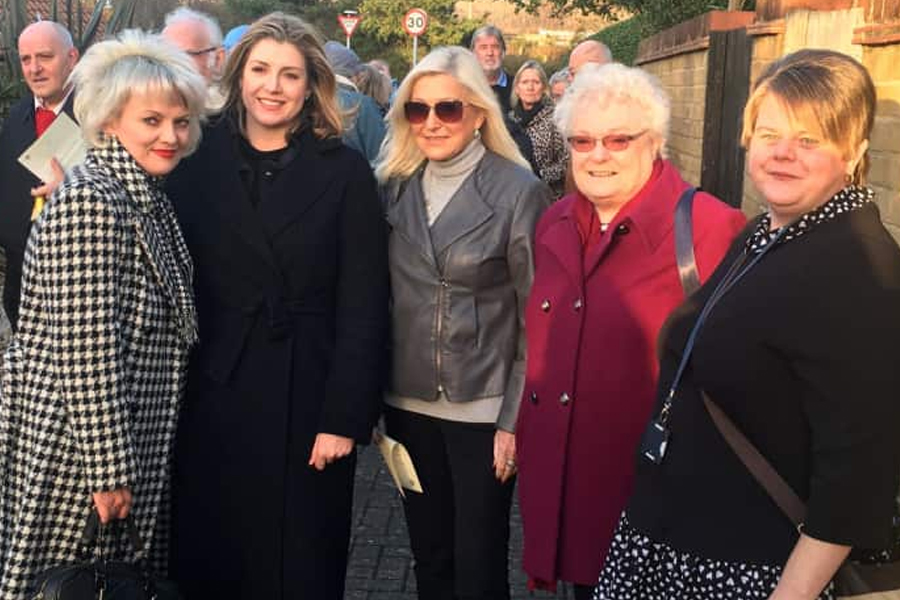 Penny Mordaunt, Portsmouth North MP with Port Solent residents. They are celebrating finally having sound barriers installed along the M27 to block out the deafening roar of the highway.

The scheme is now progressing to the detailed design stage and is expected to be completed in 2019/20.

The news comes after a prolonged battle by long-suffering residents who have been tormented by the noise of the traffic for years.

Retired Maggie Firth, 67, of Oyster Quayside, said the barriers would be ‘vital’ for neighbours. She said: ‘I can’t open my bedroom windows because the noise is so intrusive.

‘It feels that this is a long, long time coming. We had almost given up.  So it was quite a nice surprise when we heard about this.’

The victory was announced to campaigners by Penny Mordaunt, Portsmouth North MP, who toasted the win with a champagne celebration. Ms Mordaunt, who used to live in Port Solent, praised the residents for their years of hard work and doing ‘much of the heavy lifting’ in getting the barriers approved. She said: ‘People sometimes think this is a trivial issue – it’s not, it has really blighted people’s lives, not just in terms of the quality of life here but actually people’s health as well. ‘Even with double or triple glazing it’s really difficult to cut out the noise.’

The sound-slashing fixtures will be paid for by Highways England out of a £75m pot designed specifically to install them.

The sound-slashing fixtures will be paid for by Highways England out of a £75m pot designed specifically to install them. WATCH: Emsworth schoolchildren show off their singing as Christmas lights are turned on

Teresa Pask, 69, of Oyster Quay, was thankful the screens would soon be installed. She said: ‘The noise is horrendous. It’s like a roar. ‘I have lived on the outskirts of the M25 in Weybridge in Surrey and it’s noisier here than it ever has been there. ‘ Oliva Firth, 70, of Coverack Way, added: ‘This is a long-awaited and much-desired addition.’ Highways England will provide updates on the project in the coming months, Ms Mordaunt added. 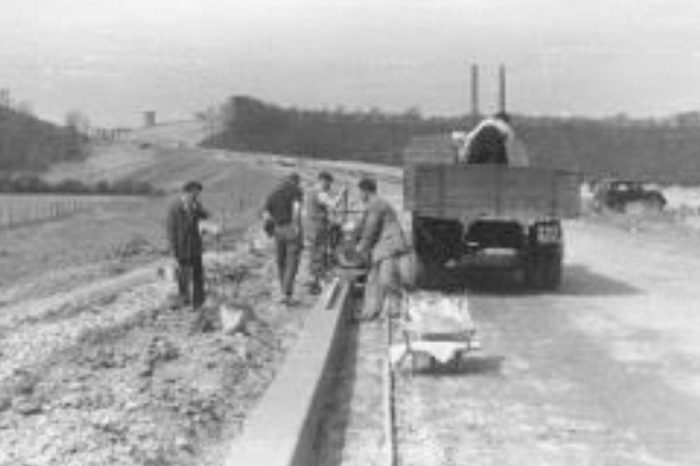 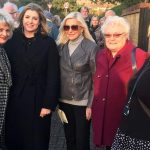