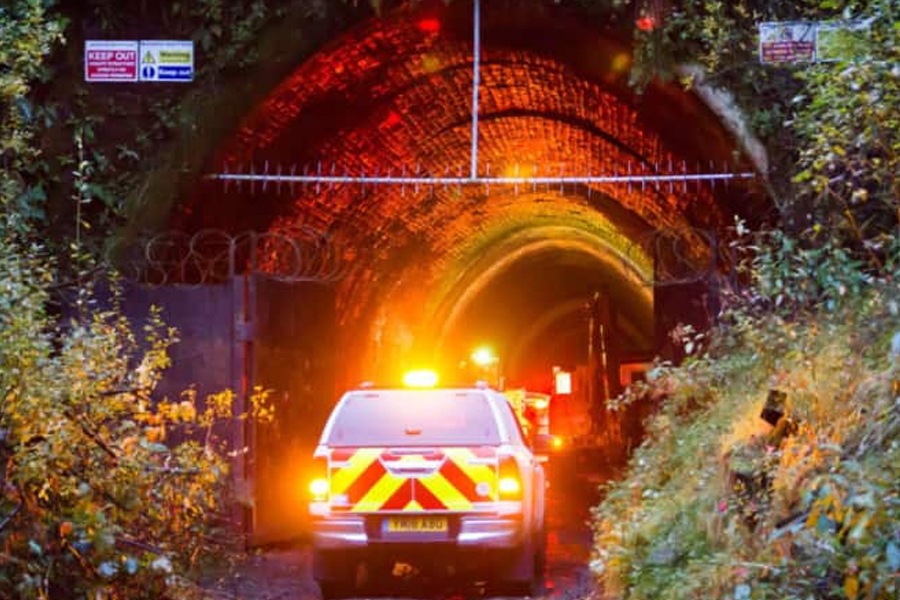 The Health & Safety Executive (HSE) has been asked to investigate plans for work in Queensbury Tunnel which would involve the appointed contractor undertaking activities in an area designated as too hazardous to enter.

Queensbury Tunnel is currently the focus of a campaign to reopen it as part of a cycle network linking Bradford and Keighley to Halifax, but Highways England, which looks after the Victorian structure on the Department for Transport’s behalf, intends to partly infill and permanently close it. The Queensbury Tunnel Society (QTS) say the southern end of the tunnel is currently flooded to a depth of 13 feet (4 metres) following the switching-off of a pumping station which had been installed by Highways England in 2016.

QTS say that, following discussions between Highways England and its contractor AMCO-Giffen, plans have been developed for a new dewatering system which would involve the floodwater being pumped 1.4 miles to the north end of the tunnel. However, to implement it, heavy machinery would have to be used to create an access route through a section of the tunnel which is blocked in two places by tonnes of fallen rock and buckled scaffold platforms.

QTS say that partial collapses occurred in 2013 and 2014, resulting in an exclusion zone being established which inspectors and contractors are not allowed to enter. Its length was subsequently extended to cover 300 metres of the tunnel based on concerns that adjacent sections of its lining might also fail. The exclusion zone is identified in AMCO-Giffen’s works contract.

According to  QTS, the HSE was notified because Highways England has not yet entered into meaningful negotiations with the landowner for a new agreement allowing its original pumping station to be turned back on. Graeme Bickerdike, Engineering Co-ordinator for the Queensbury Tunnel Society, said: “Basic health and safety principles set out a hierarchy of controls. The preferred approach is for the risks to be eliminated – in other words, instead of undertaking the work, could something else be done? Clearly, until the option of restarting the existing pumps has been absolutely ruled out, there is no justification for any physical works to be undertaken. “The situation is entirely of Highways England’s own making so it’s incumbent upon those responsible for it to overcome their embarrassment, engage with the landowner and find a way forward that does not involve exposing the contractor’s workforce to wholly unnecessary risks. We have alerted the HSE to what’s being discussed and suggested that proactive action is needed.”

QTS say the HSE has also been asked to consider whether the flooding should have been resolved before preparatory works got underway in the tunnel on October 1, resulting in personnel currently having only one viable means of escape. If a collapse occurred between their site of work and the exit – a possibility recognised in the contractor’s construction plan – their only options would be to swim 400 metres through the floodwater or, if the route was not completely blocked, take the risk of passing through the failed section of tunnel.

A spokesperson for Highways England said: “We are aware of the society’s concerns. Our contractor has significant experience of working in tunnel environments and we are pleased to say that following recent discussions the HSE raised no concerns with the method statements and safety systems re in place for the current work.” A spokesperson for Amco-Giffen has confirmed that: “We always operate in accordance with Health and Safety legislation regardless of the client or the complexity of the work environment, the protection of our workforce and the public is always our overriding priority.

We are working closely with Highways England in respect of the current and planned safety works at Queensbury Tunnel in order to ensure that risks to our workforce, and anyone else potentially affected, are controlled in line with legislation and industry good practice so that the work environment is as safe as reasonably practicable at all times. Whilst Queensbury Tunnel represents a unique environment our extensive experience of working in tunnels and mine workings is enabling Highways England to consider some innovative safe-working methods in respect of their estate.” 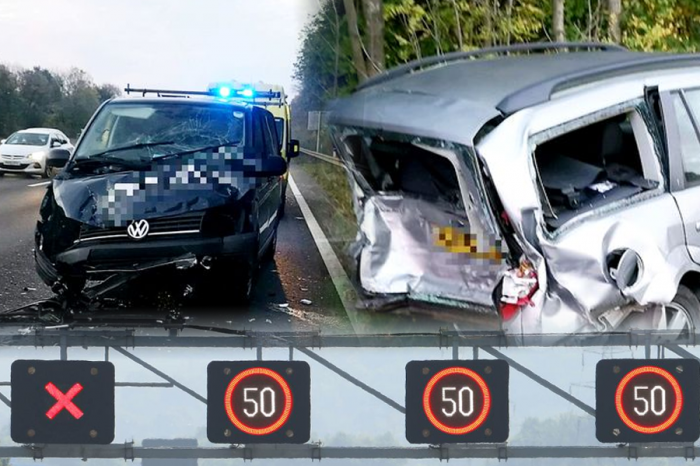 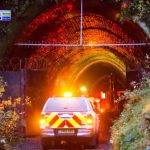