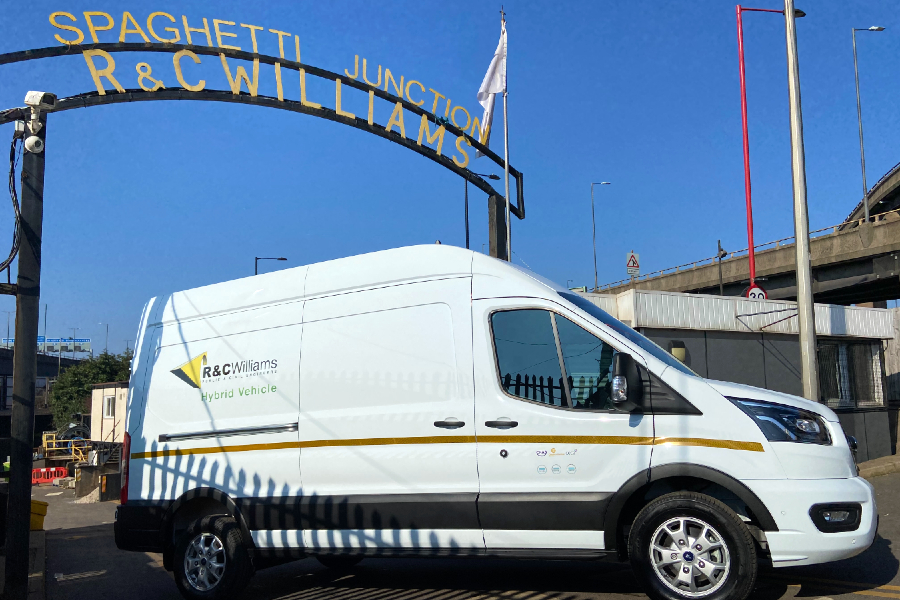 R&C Williams makes a further declaration of the company’s dedication to sustainability and the environment by making an investment in and taking delivery of 8 brand new Ford Transit 350 hybrid vans.

The Transit EcoBlue Hybrid is a 130hp 2.0-litre diesel engine and uses new 48v electric technology, a new starter- generator and a small lithium-ion battery pack stored under the passenger seat to both save fuel and reduce emissions.

In addition to these 8 vans, R&C Williams has also added a new Transit Custom Plug-In Hybrid vehicle to its fleet.

The driver can select between three available EV modes, including ‘EV Now’ which allows for driving with zero emissions on electric-only power, to a targeted range of 35 miles. 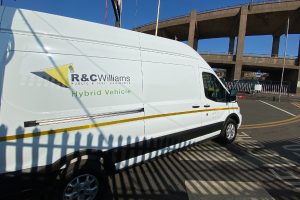 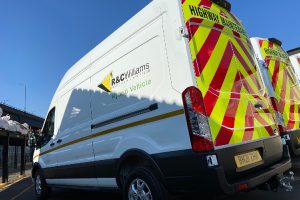 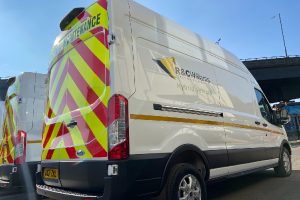 We spoke with Transport Manager Richard Toy about the vehicles, why they were required and what this means for R&C in the future:

“When I started in my role at R&C last year, one task I set myself was to evaluate the entire fleet and see if we can update the fleet with greener, more efficient vehicles.” Richard told us.

“Coming from a motor trade background and working closely with EV and hybrid vehicles, I was well positioned when it came to knowing what to look out for in terms what would best suit the way we run our fleet.

“We are making major waves now when it comes to reducing our carbon footprint, something we are passionate to continue to look at as we commit to more sustainable processes and solutions, reducing it as much as we can at any given opportunity.

The nine new vehicles now provide R&C Williams with reduced emissions from its overall fleet output and subsequently a reduction in its carbon footprint, along with savings in fuel usage due to the better fuel economy of the vehicles.

R&C can now assure its clients that sustainability is a major factor considered when undertaking any works, as well as showcasing that the company is utilising brand new vehicles that are at the peak of technology showcasing reliability.

“This isn’t now job done and box ticked for us in terms of sustainability commitment. We will continue to monitor and where possible, replace vehicles that are not euro 6 compliant in the near future. Additionally, when replacing vehicles, we commit long term to seeking out vehicles that have the least negative impact on the environment.”

“As Richard has outlined, the commitment from R&C Williams to a more sustainable future won’t stop here, and we look forward to sharing future our future initiatives and steps taken.”

The R&C GIV£1 initiative sees company employees make a £1 a week donation from their salaries, then matched by the business and donated to a local charity on a monthly basis.

READ MORE ABOUT GIVE£1

R&C urges other companies across the sector to take up this initiative and aid their local communities with charitable donations. 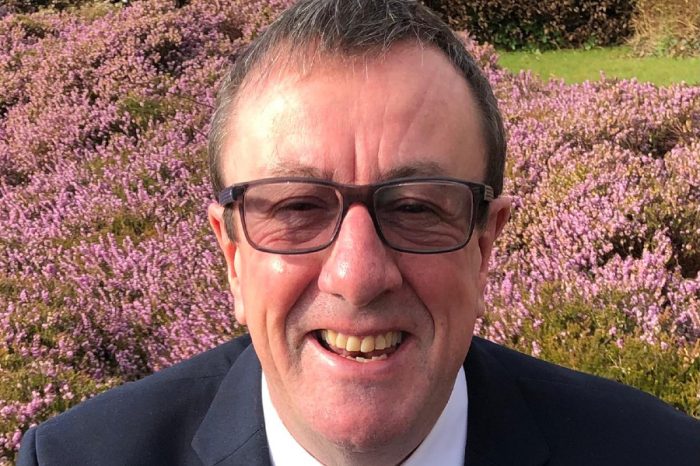 County highways chair brings a lifetime of experience to the role 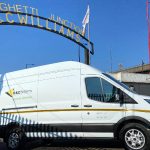