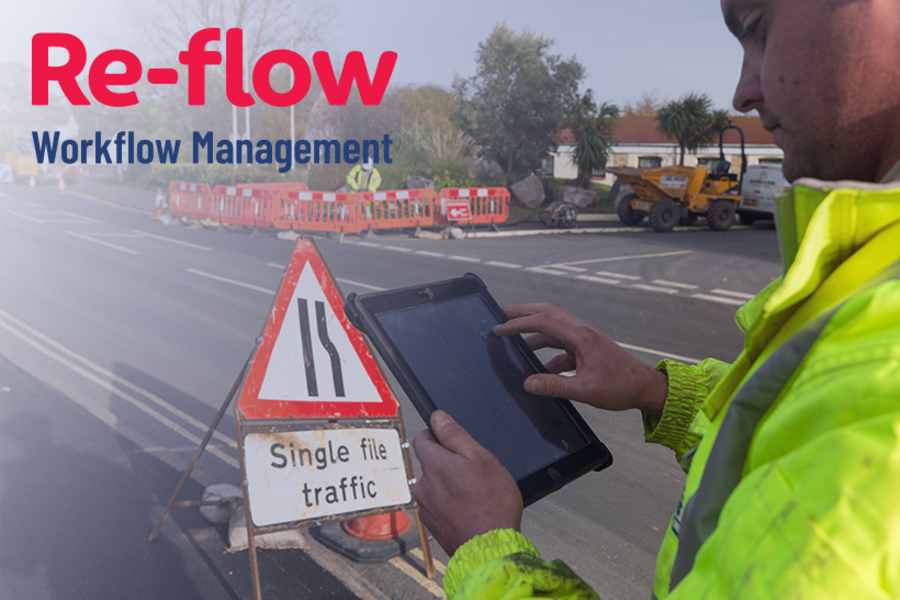 The results were part of a new YouGov survey commissioned by Re-flow, with less than half the British public feeling that enough is done to keep roadworkers safe, showing that current standards are not considered good enough by taxpayers and road users.

The figures were similar across the country, but perception of safety is poorest in Wales at 39%. The South of England considered safest, but still only 45% felt protection for roadworkers was good enough.

Working on carriageways next to live traffic involves a level of risk from traffic moving around the work area and incursions into sites are becoming more frequent.

With a national average of only 42% of the public agreeing that enough is done, this leaves a clear mandate for ramping up efforts for further reducing risk in temporary traffic management operations through more effective traffic management, safety procedures and education of the public, according to Mike Saunders, Managing Director of Re-flow.

He said: “One of the main goals of Re-flow software is provide our clients with an immediate way to record details of any incidents, instantly report it to the right person to enable action to be taken and reduce the chance of any further or more serious incidents taking place.

“We have carried out this research survey to better understand how frequently our road workers are at risk and what the taxpayer feels about the level of protection and consideration operatives receive from road users. Improving the safety for roadworkers is something that is collectively the responsibility of all of us, including the workers themselves, so by giving them a means to flag an issue before it becomes an incident, is an essential function of Re-flow.”

All work associated with establishing, altering, maintaining and removing static traffic management systems, especially in live traffic environments must be carried out in ways that ensure the health and safety of both workers and road users, and yet in the last year, 31% of the public state that they have seen another motorist drive carelessly or dangerously past roadworks.

Safer Highways, the organisation that was set up to promote the latest thinking and best practice in health, safety and wellbeing, launched the Stamp It Out Campaign last year, an industry-led initiative aimed at eradicating roadworker abuse and incursions.

Road worker abuse is a growing problem on both the local and strategic road networks in the UK, affecting the physical and mental health and wellbeing of road workers on a regular basis. Safer Highways reports that past incidents have been so severe that have involved knives, shotguns and crossbows being pulled on workers as they go about their daily tasks. 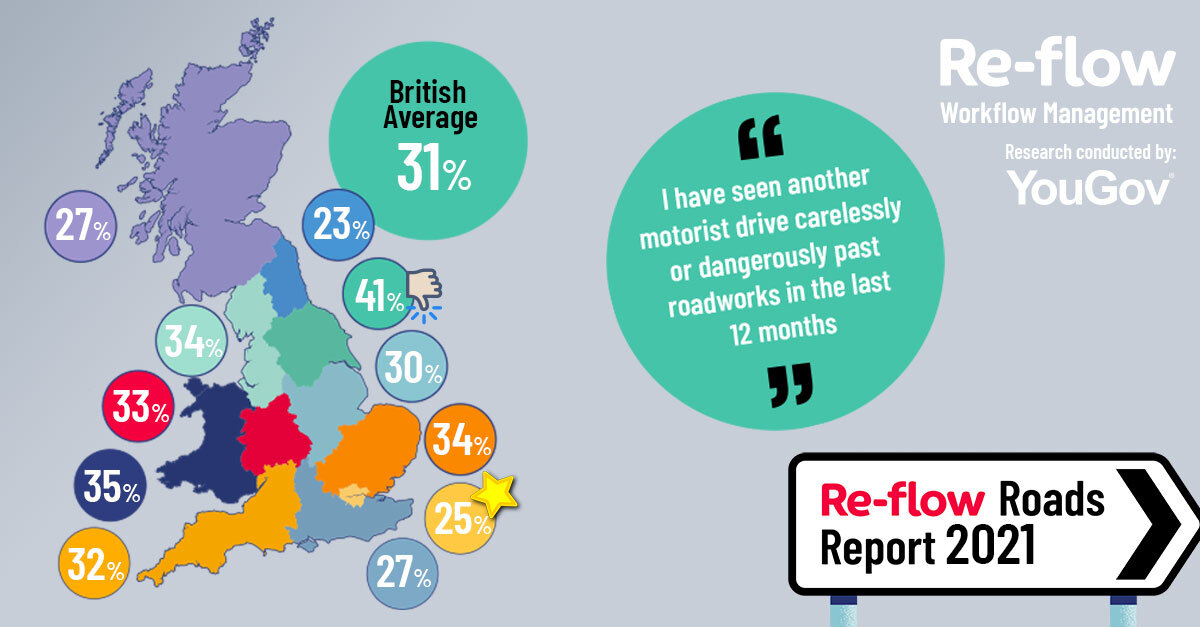 Kevin Robinson, Chief Executive of Safer Highways added: “The survey results back up what industry has felt to be the case over a good number of years. Roadworkers are consistently working in high-risk situations where the behaviour of the road-using public can lead to catastrophic events. Only this year alone, we have seen a dramatic increase in the number of impact protection vehicle strikes with little or no reduction in incursion numbers. Whilst as a supply chain we continue to strive to innovate better engineering to keep roadworkers safe this can only go so far and has to be matched with a change in attitudes and behaviours in the travelling public and those who drive for work.”

Re-flow’s research with YouGov in January 2020 found that the predominant emotion felt by drivers and pedestrians when encountering roadworks was ‘frustration’ (32%) which is not conducive to a safe and considered working environment. Impatience (22%) and confusion (15%) were other emotions in the top five, which again are not the most helpful feelings to have when safe behaviour and actions are so essential. 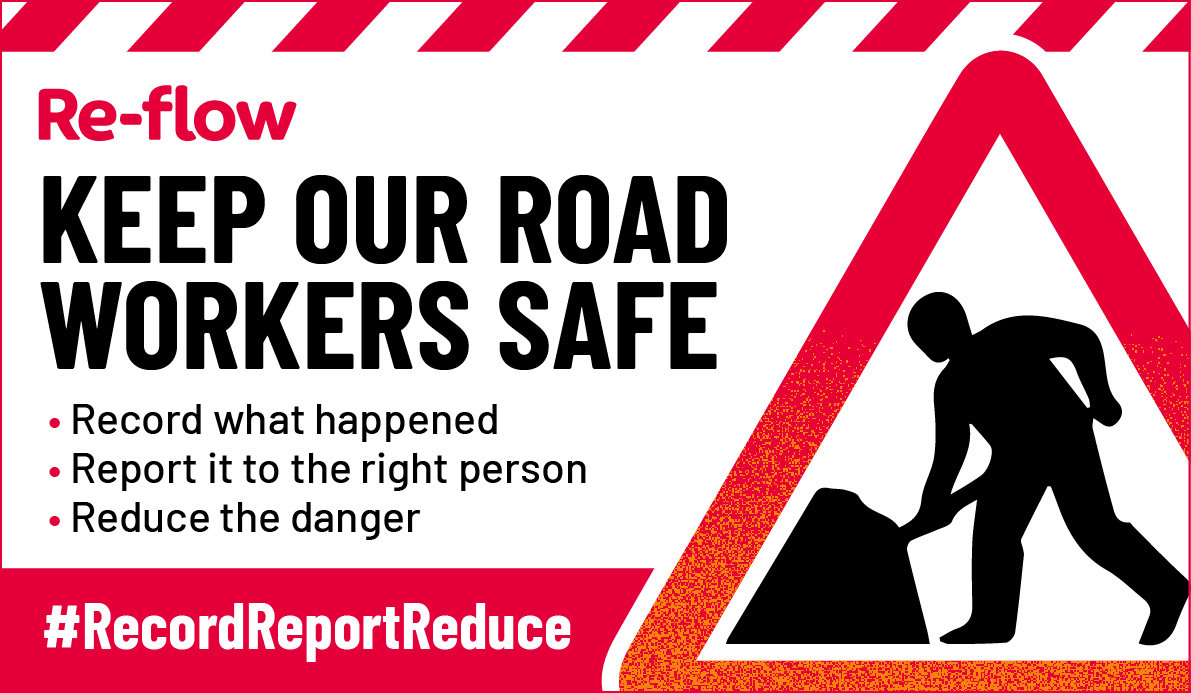 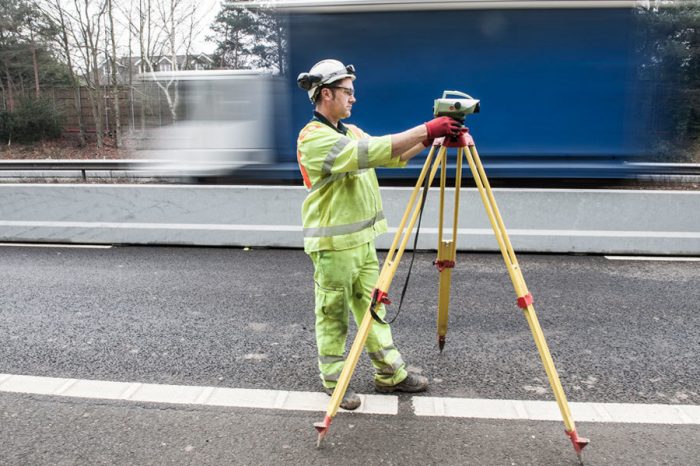 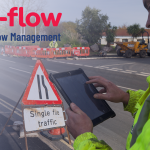