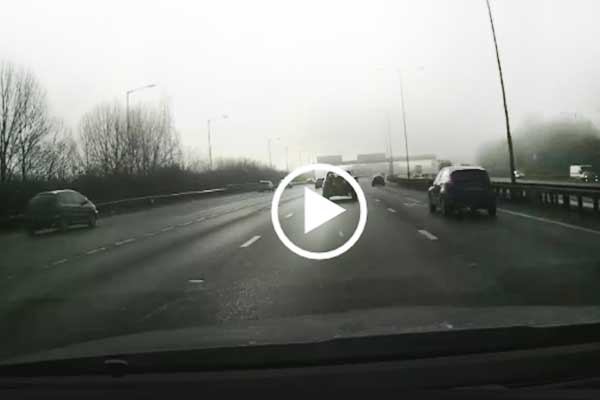 Shocking dash cam footage has captured the moment a driver stopped dead in 60mph traffic on a major motorway – because he had missed his junction.

In the jaw-dropping clip, the 4×4 puts its indicators on to turn off the M25 despite being in fast-flowing traffic in the third lane – prompting vicious beeping from a queue of cars behind.

At the start of the clip, which was recorded in January but only shared online this week, the 4×4 can be seen travelling at around 60mph in heavy traffic.

As it approaches junction 15 of the motorway, which connects to the M4 into central London, the driver slams the left indicator on and begins slowing down.

Vehicles behind are forced to slam on their brakes and begin sounding their horns in shock as the car grinds to a complete halt.

Unable to get onto the slip road because of traffic passing on its left, the vehicle waits, stationary for several seconds, before eventually pulling forwards and across two lanes, off the motorway.

The footage was shared online on Sunday.

The driver, who wishes to stay anonymous, posted it with the caption: “May I offer this example of the wrong way to leave the M25 in the morning rush hour?

“Such a pity the reg number can’t be read against the sun, otherwise I might have passed this onto Thames Valley police.”

The driver later added there was a “very high” chance of an accident as a result of the driving, and that he was “waiting to get rear-ended.”

Fellow Facebook users reacted with complete shock at the clip.

Rosie Hodgkinson wrote: “That is horrendous! That person wants their licence taken off them!”

Andrew Quinn said: “Shocking! How can a driver even think in any way that is safe.”

Ian Barnard added: “Stop the world I want to get off.”

Ricky Lee opined: “Lucky not to be rear ended, very worrying. Annoying that people risk life and limb rather than go to next junction. It’s not worth having an accident for.” 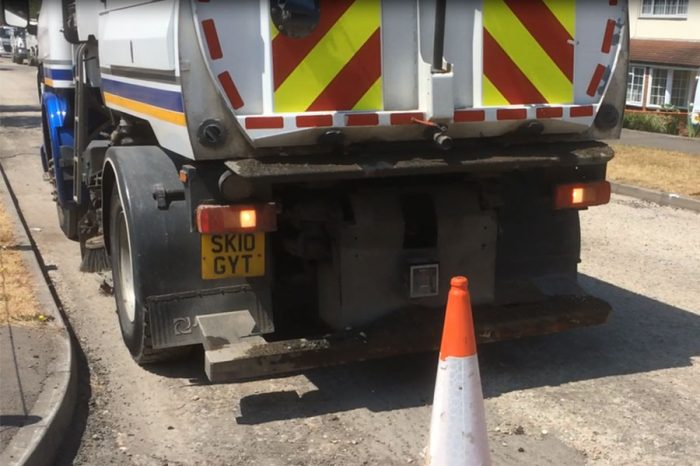 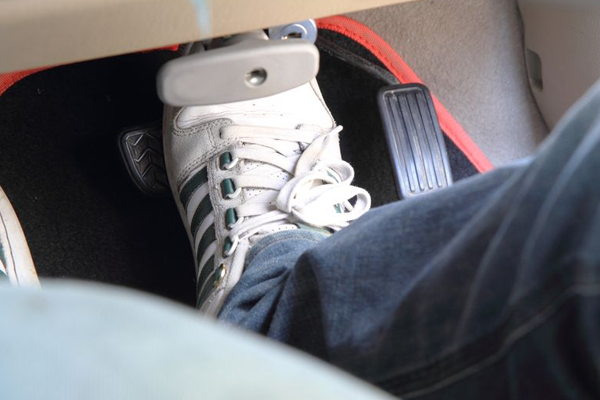 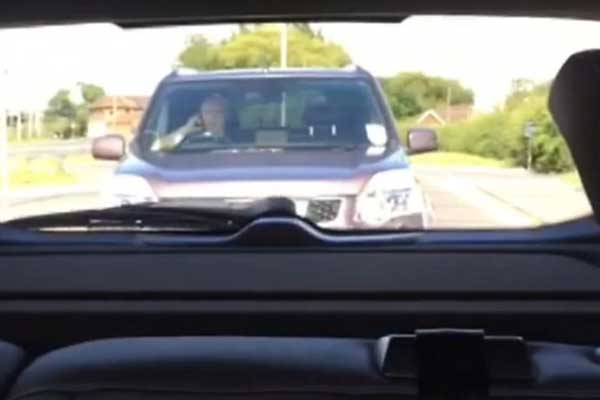 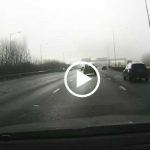