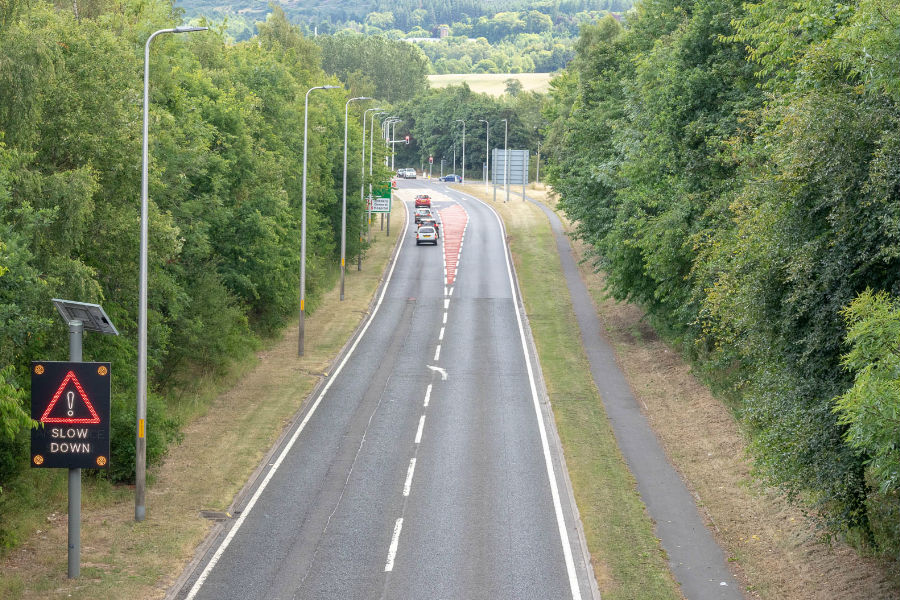 Innovative road safety solutions which use Vehicle Activated Signs (VAS) to warn drivers of approaching hazards have contributed to two out of three finalist schemes at the Scottish Transport Awards (STA).

In the category for Most Effective in Road Safety, Traffic Management and Solutions, Clearview Intelligence delivered solutions on behalf of two of the three finalists, with real-time vehicle detection forming the basis for both submissions.

Clearview has been shortlisted in partnership with Scotland TranServ, Transport Scotland and Coeval for its work to reduce accidents along the A75 whilst Amey’s submission for road safety improvements at the A6091 Borders General Hospital features solutions by the company.

Chris Keenan, Clearview Intelligence’s General Manager Scotland, said: “Route safety is at the heart of what we do so to have our solutions recognised at one of Scotland’s most prestigious industry awards gives us the confirmation that what we are doing is not only leading the way but working for road users.

“We understand that there is not a “one size fits all” solution to road safety; on both the A75 and A6091 we identified problems and challenges specific to that route and tailored solutions by working collaboratively with partners.”

The A75 running from Gretna Green to Stranraer is the main route through Scotland to the ferry port servicing Northern Ireland and is used by 1.5 million vehicles a year. It is subject to different speed limits affecting different vehicle classifications (cars at 60mph; heavy vans at 50mph and HGVs at 40mph). 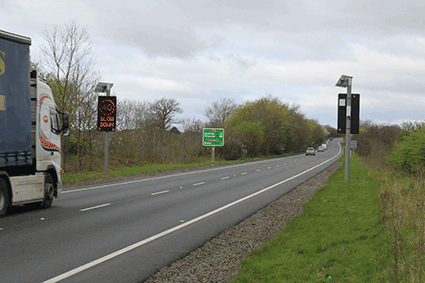 In a first-of-its-kind initiative designed to tackle speeding whilst recognising Scotland’s differing speed limits, Clearview installed solar powered vehicle detection count and classify units. The system records a combination of vehicle classification with identification of vehicles travelling above the speed limit and uses VAS to remind drivers of the correct limit for their vehicle class.

To tackle concerns, the speed limit was reduced to 50mph and new traffic signals were installed so that for the first time, traffic could turn right when leaving the hospital.

The signals included a hurry call button so departing ambulances could prioritise a green light sequence in their favour to safely exit the hospital without negotiating red lights or queuing traffic. When the hurry call system is triggered, VAS on the A6091 warns vehicles that an ambulance is on a response call. The same VAS is also used to warn drivers when they are travelling too fast along the A6091.

Chris said: “Both the A6091 and A75 use vehicle detection as the basis for their solution but have been implemented it in two different ways, specific to the needs and challenges facing road users. As a company, we consider both of these to be successful examples of the solutions that we offer.

For more information on the Scottish Transport Awards visit: www.transporttimes.co.uk/awards.php/Scottish-Transport-Awards-3/ 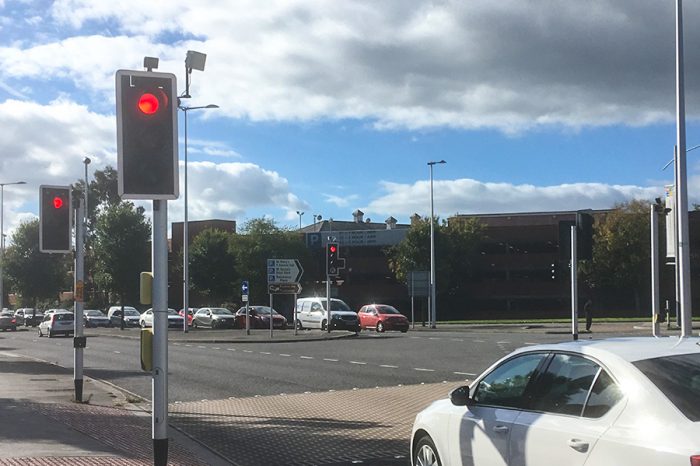 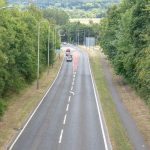