An 18-point package of measures intended to redress safety issues with smart motorways has been published by the Government, but concerns remain over how quick and effective the actions will be.

The points – which centre around getting help to broken-down drivers much quicker and making the schemes less confusing – are the result of a review announced by the Department for Transport five months ago and have been announced after a BBC Panorama special found 38 people have been killed on smart motorways in the last five years.

Since then, MPs on the All-Party Parliamentary Group (APPG) for Roadside Rescue And Recovery have said that all-lane running schemes – the latest type of smart motorway where the hard shoulder is permanently converted to a running lane – have been rolled out in the UK with “a shocking degree of carelessness” and without taking necessary steps to ensure the safety of motorists and recovery operators.

Chief concerns by roadside recovery and road safety specialists have been that features on the UK’s original smart motorway schemes, including the dynamic hard shoulder on the M42 and M4/5 where the hard shoulder is opened up at busy times, had not been carried over to today’s all-lane running smart motorways and that SOS areas are up to 1.6 miles or twice the distance apart.

Opponents have also pointed out that all-lane running schemes have a current live lane breakdown rate of 38% – nearly double that of the 20.43% on traditional motorways – and that where radar-based Stopped Vehicle Detection (SVD) systems are not in place, it takes Highways England more than 17 minutes to spot a broken-down vehicle in a live lane, yet they’re currently just on 25 miles of smart motorway on the M25.

In its response, the Department for Transport says analysis commissioned by the Transport Secretary found that overall smart motorways are in most ways as safe as, or safer than, conventional ones. Data shows that the risks that are lower on smart motorways compared with conventional motorways include tailgating, rapid changes of vehicle speeds, vehicles drifting off the carriageway and vehicles being driven too fast.

However, some risks are higher than on conventional motorways, for example the risk of a collision between a moving and stationary vehicle.

The package of 18 measures includes abolishing “confusing” dynamic hard shoulder motorways and substantially speeding up the deployment of SVD so that it is installed across the entire smart motorway network within 36 months.

The changes will also ensure that the distance between SOS areas is reduced to 3/4 of a mile where feasible and a maximum of one mile. To support this, the Government will install 10 additional emergency areas on the existing M25 smart motorway and consider a national programme to install more places to stop where they are more than a mile apart. Highways England will also investigate what more can be done on sections of the M6 and M1 where there have been clusters of incidents.

And an additional £5m will be spent on national, targeted communications campaigns to further increase drivers’ awareness and understanding of smart motorways and how to use them confidently.

Transport Secretary Grant Shapps said: “I am clear that there is more we can do to raise the bar on smart motorway safety. The extended package of measures I have set out will help rebuild public confidence in our motorway network and ensure that safety is firmly at the heart of the programme.”

Highways England chief executive Jim O’Sullivan, who commented in a Transport Committee session last year that smart motorway schemes are “too complicated” for drivers, added: “Every death in any road accident is tragic, and we are determined to do all we can to make our roads as safe as possible. We will be taking forward the measures the Secretary of State for Transport has set out, and we will be improving further our information to drivers to help them be safer on all of our roads, including our smart motorway network.”

The AA welcomed the news, with president Edmund King saying the measures were a “victory for common sense and safety”.

However, RAC head of roads policy Nicholas Lyes said it remains to be seen whether these measures go far enough to protect drivers who are unfortunate enough to break down in live lanes.

He added: “We don’t believe the main issue at hand here is the safety of smart motorways with ‘dynamic’ hard shoulders, given this type of motorway has not been built for many years and represents a tiny fraction of the overall motorway network. This is a red herring and in reality, there were never enough of these schemes built for drivers to get used to them before the switch was made, without any consultation, to building smart motorways that have the hard shoulder permanently removed. Only time will tell whether all-lane running schemes really are an improvement over either controlled or dynamic hard shoulder motorways.”

Lyes also said the review should have looked at the spacing of red X gantry signage as “in too many instances signs are spaced too far apart, increasing the possibility of drivers not seeing them. The difference between a driver seeing and reacting to a red X sign, or missing it, could literally be life or death”.

He also said the commitment to install stopped vehicle detection technology on the whole network was a positive step, but added: “A three-year timeframe will feel like an eternity considering the concerns many drivers have about all-lane running schemes. This is somewhat compensated by the promise of more Highways England patrol officers on certain stretches of smart motorway, but the key challenge must be to get live lanes closed as soon as possible when vehicles become stranded, so a priority should also be to have more cameras and more staff in control centres to monitor the network.”

And Lyes said that additional emergency refuge areas on the M25 were welcome, but the spacing standard must be applied across the board where practical. He also pointed out the issues for stranded passengers with mobility issues who would struggle to climb over barriers.

Original source article: https://fleetworld.co.uk/government-publishes-smart-motorway-action-plan-but-concerns-remain/
Author: Natalie Middleton
Disclaimer: This article was not originally written by a member of the HighwaysIndustry.Com team. 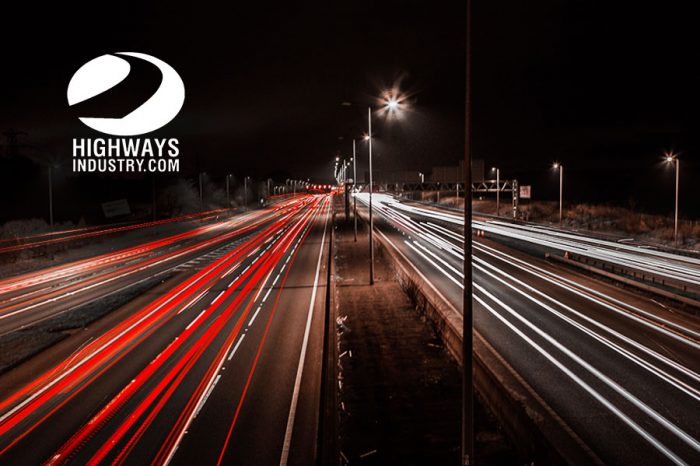