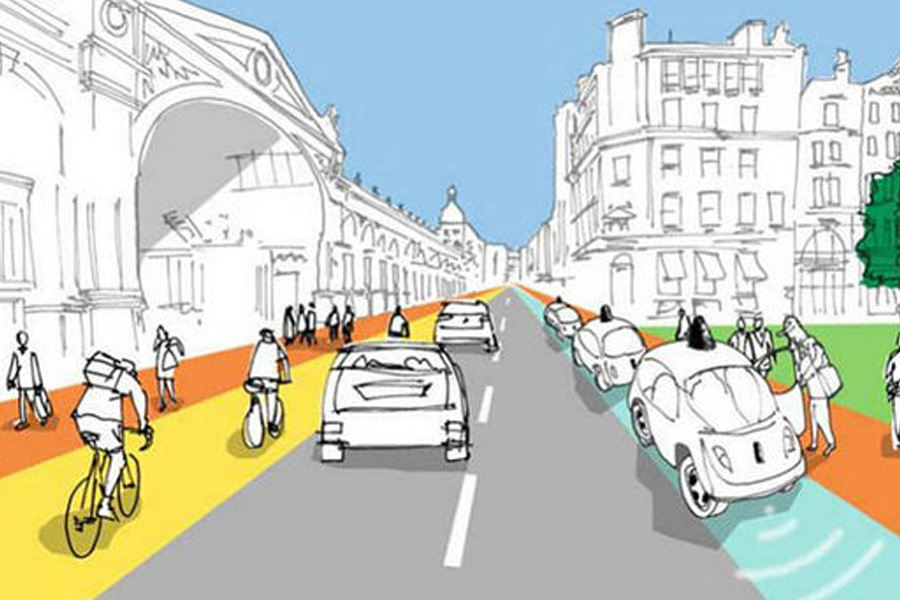 A mock sketch dictating how it would look. Image: Arup

New smart pavement technology which could allow road sizes to be changed to be able to suitably deal with varying levels of traffic.

A new ‘smart pavement’ concept has been proposed which could allow roads to change width depending on the levels of traffic.

The technology divides up roads to ease congestion and dictate which areas can be used by motorists, pedestrians and cyclists at specific times.

It uses coloured LED lights to illustrate which sections of the road can be used by whom.

For example, if the LEDs are red the kerbside could be used by pedestrians, while if its rush hour it could be used as a cycle lane

Arup, an engineering company, developed the Flexkerb technology which uses data from smart cameras and sensors to detect usage and automatically alter kerbs to create more space for cyclists and pedestrians.

The system will also allow the road to be modified when pollution levels are particulate high in an attempt to slash exhaust emissions.

In theory the section of road using Flexkerb could be be used by pedestrians at lunch time or then for cyclists or cars at rush.

‘Flexkerb’ was one of five ideas shortlisted by the Government’s National Infrastructure Commission.

The competition sought for ideas to prepare UK roads for driverless vehicles and issued the designers of Flexkerb £30,000 to further develop it.

A feasibility study using computer modelling of a typical London street will be run and if successful a further £50,000 will be awarded to the development.

Susan Claris, associate director for transport consulting at Arup, told The Times: “The streets we have at the moment have mainly been designed many years ago before different types of technology or changes in travel behaviour came along.

“This idea is about having something that’s more responsive and more adaptable to changing travel patterns.

“A key part of it is about having streets that are healthier places for everyone.

“Rather than trying to maximise vehicle throughput, which was the thinking that characterised transport planning 20 or 30 years ago, it is about looking at how streets can be managed to make them healthier and happier places, and more economically viable.” 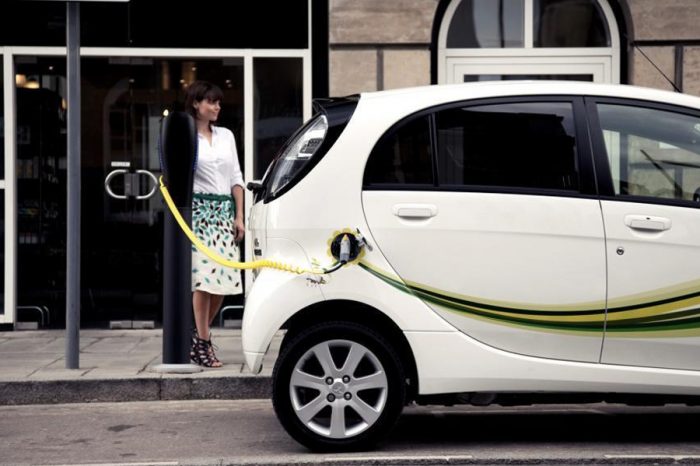 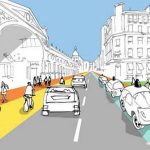