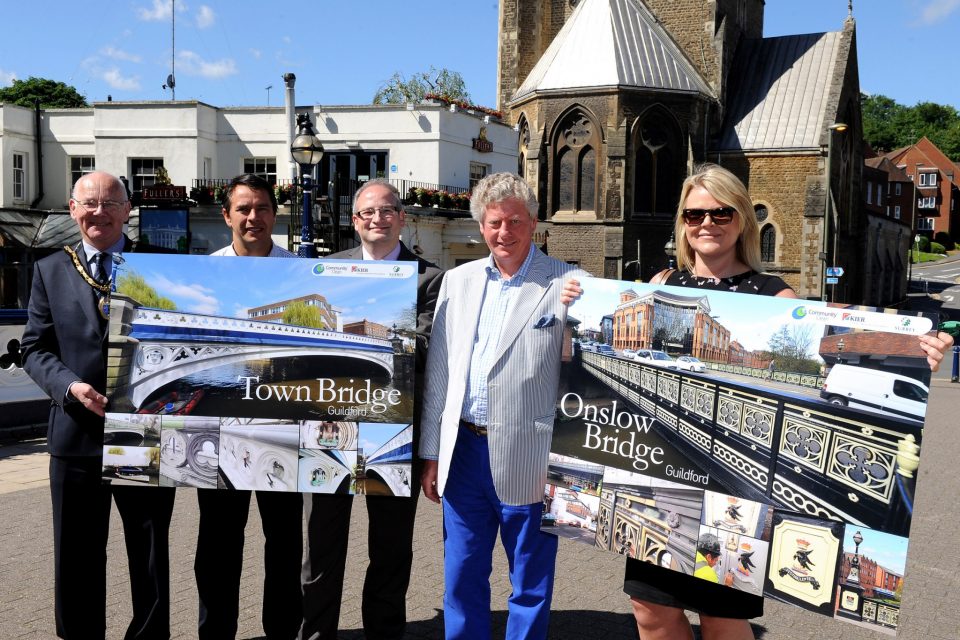 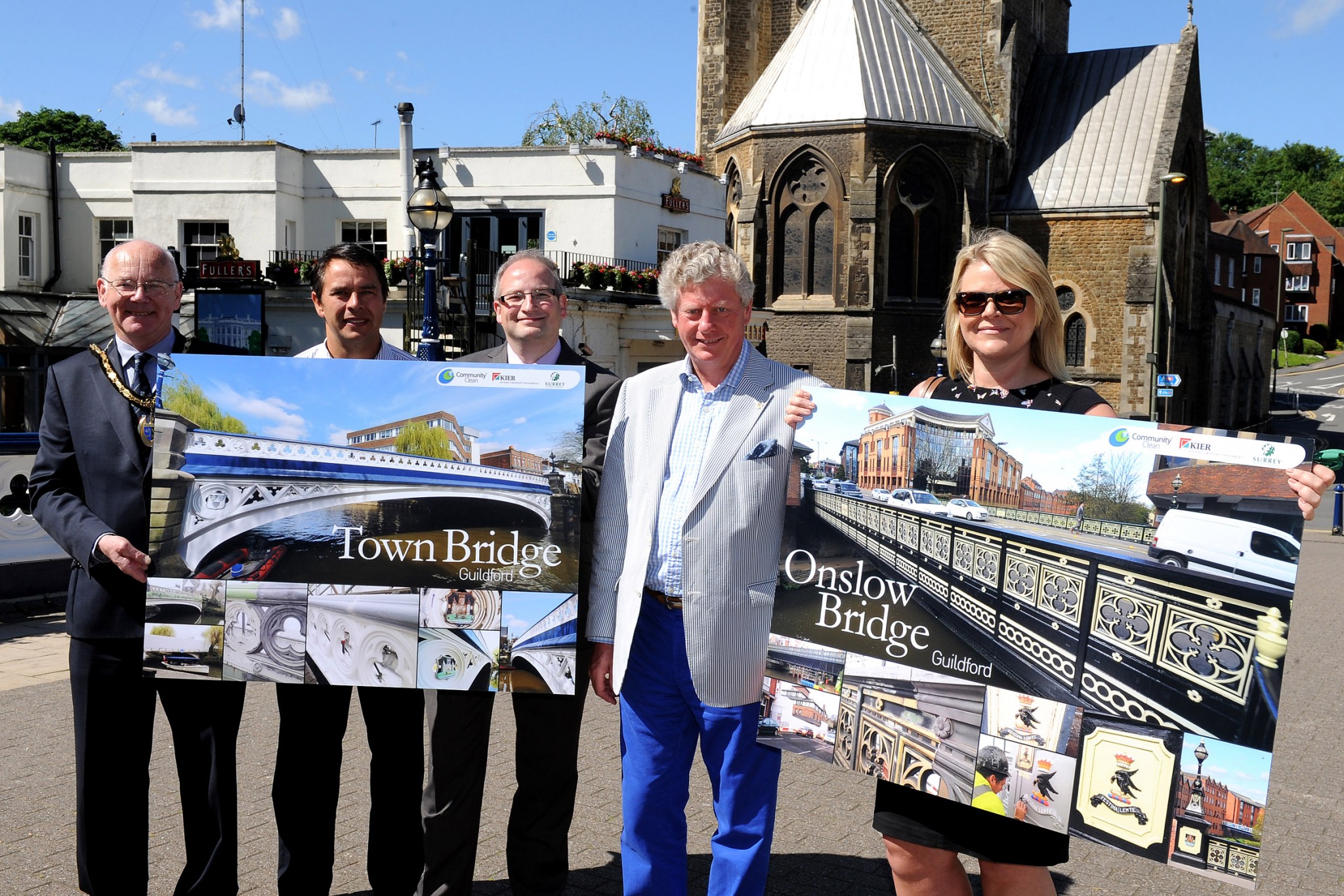 The company which has more than 15 years industry experience began work on the landmark bridges in November 2013 and completed it on time despite severe winter flooding.

Operations Director Martin Izzard said a true spirit of partnership had helped ensure the ultimate delivery of the project after rising flood waters from the River Wey prompted Environment Agency officials and police to temporarily close the site mid-contract.

Community Clean which employs 60 staff were engaged by Kier Services for Surrey County Council as client and asset manager.

Mr Izzard said: The bridges were looking tired and worn and were a depressing sight for residents and visitors alike. The council recognised the need to refresh regenerate and repaint these central town structures.

Specialist techniques employed on the project included the stripping back of seven previous paint coatings ahead of surface repainting.

Community Clean used a system called Microstrip involving fine ecologically-friendly mineral abrasives. The system which the company used on an earlier project on the brick arches at London Bridge Station is designed to remove layers of built-up render paint and contaminates without damaging the original surface.

Other activities on both Guildford bridges included brick cleaning graffiti removal pigeon prevention and the restoration of intricate paintwork highlighting crests and plaques.

Among the physical areas involved were pillars parapets pavements lamps and lamp columns and lattice works.

Mr Izzard said: Severe weather over Christmas led to water levels rising by around three metres in the High Street area causing it to become too dangerous for work to continue. Although this setback delayed the project by two weeks we were back on site in early January and regained lost time to hit the completion deadline. We have a great long-standing relationship with both Surrey County Council and Kier Services and we worked in a true spirit of partnership to get everything done.

At a civic event in Guildford to celebrate the opening of the newly refurbished bridges Mr Izzard presented the Chairman of Surrey County Council Councillor David Munro with a storyboard of photographs illustrating how the works had proceeded.

Councillor Munro said: This was a job well done in challenging circumstances. We thank all at Community Clean for the speedy and successful renovation of an important and very visible part of Guildfords physical infrastructure.

Matt Greenwood Structure Agent Kier Services said: Community Cleans professionalism and quality of work helped fulfil the contract in spite of the delays caused by poor weather and flooding. It was great to see it all coming together within the original schedule.

Bridges are an integral part of both the geography and history of Guildford Surreys county town. A golden ford by the side of the old Town Bridge is said to have given rise to the name Guildford. 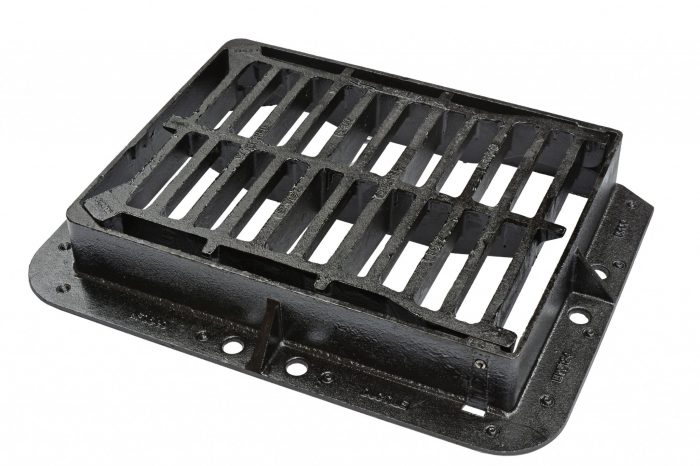 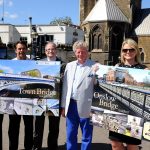