Lowering the motorway speed limit to 60mph is among the measures supported by the public in an effort to reduce carbon emissions, a new survey has found.

According to the survey by conservation charity WWF and think-tank Demos, the move to reduce speeds could form part of a raft of measures to cut the UK’s carbon emissions that are supported by the public, alongside a reduction in meat and dairy consumption and a tax on frequent fliers.

The 20,000 people surveyed are said by the survey’s leaders to be a representative cross-section of the wider public.

Using a “carbon calculator”, the respondents were asked to choose from a range of solutions that would either match or exceed the government’s target of cutting Britain’s emissions by 39% by 2030.

The most popular move, supported by 94% of respondents, involved a £75 per ton tax on carbon emissions from highly polluting businesses. Some 93% supported an improvement to cycling and public transport infrastructure, while the same percentage was in favour of a campaign to reduce red meat and dairy consumption by 10% per person.

Penalising frequent flyers, restoring woods and peatland, and government support for home insulation were also popular tactics that would theoretically reduce the UK’s greenhouse gas emissions by 42% by 2030, exceeding the government’s targets without placing any financial burden on those with lower incomes.

From a motoring perspective, 91% of those surveyed indicated support for a more comprehensive network of electric car charging points by 2028.

Some 82% of respondents supported the idea of reducing the motorway speed limit from 70mph to 60mph with restrictions too on cars entering city centres. A 50mph limit to help control speeds and reduce congestion was also supported.

The government’s advisory body, the Climate Change Committee, has said that driving at 60mph rather than 70mph consumes 15% less fuel.

Speed limit restrictions on motorways for environmental and health reasons aren’t a new idea in the UK. A study on motorways in Wales last year found a 22-47% reduction in air pollution when the speed limit was cut from 70mph to 50mph and enforced with average speed cameras.

Highways England also imposed limit reductions in a number of locations earlier this year in response to findings that showed 101 sections of the national road network had nitrogen oxide (NOx) emissions above acceptable levels.

Eight locations including the M1 in Yorkshire, the M5 in the West Midlands and the M6 near Birmingham have had their speed limits reduced to 60mph in an effort to cut NOx emissions, which are harmful to human health.

Some 72% of drivers surveyed by the RAC earlier this year also found support for reducing the motorway speed limit in wet weather to account for decreased visibility and greater stopping distances. This, in addition to the associated environmental impact, likely puts paid to plans mooted in recent years to increase the motorway speed limit to 80mph.

Reducing the speed limit to lower fuel consumption — though not specifically carbon or NOx emissions — has been tested in other countries. The United States, for example, set its maximum national speed limit to 55mph in 1974 as a result of the 1973 oil crisis. Some states such as Washington lowered theirs to just 50mph.

Although the US government hoped that the move would cut fuel consumption by 2.2%, later research showed that it actually achieved a reduction of just 0.2% to 1%, though the high level of non-compliance was a significant revenue earner for many states in terms of speeding fines.

Original source article: https://www.driving.co.uk/news/environment/60mph-motorway-speed-limits-reduced-wwf-survey/
Author: David Mullen
Disclaimer: This article was not originally written by a member of the HighwaysIndustry.Com team. 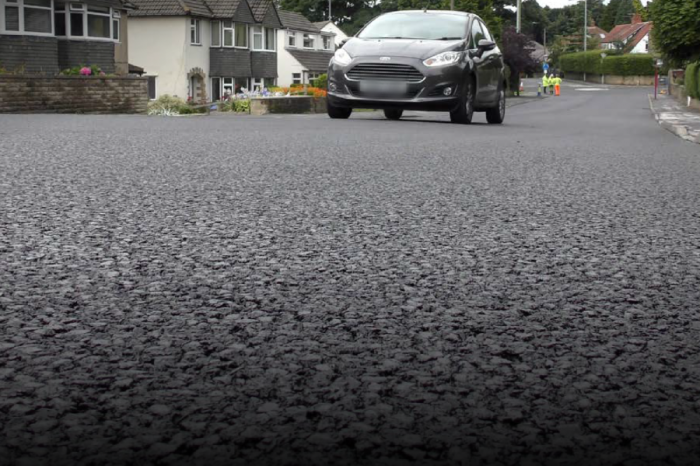