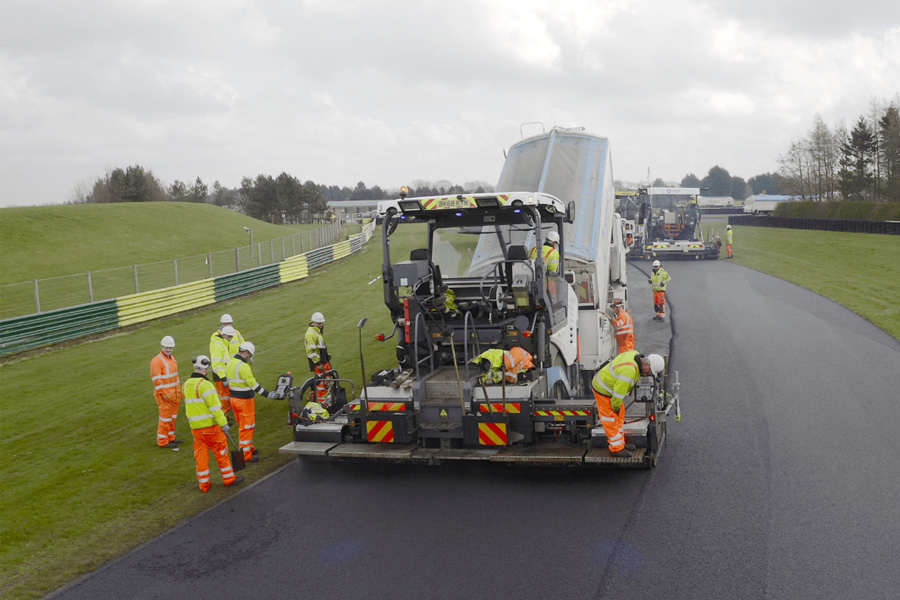 Tarmac, the UK’s leading construction solutions and sustainable building materials company, has powered ahead with a successful resurfacing project at Croft racing circuit in North Yorkshire.

The company laid a brand-new surface across the entire 2.1-mile circuit near Darlington, which regularly holds international motorsports events and has previously played host to the likes of Ayrton Senna and Jenson Button.

Tarmac has a longstanding and historical connection with Croft, having been involved in the construction of the original circuit in 1964 which was overseen by John Riley – grandfather of the company’s current Senior Vice President Martin Riley.

Experts at Tarmac’s technical centre developed an innovative and bespoke material for the project, UltiTrack Racing, using Total’s Styrelf high-performance polymer-modified binder. This was designed specially to deliver excellent levels of grip while being robust enough to withstand the track’s high durability requirements.

Ian Carr, regional technical manager at Tarmac, commented: “It was essential that we provided a new surface that would withstand the high-stress demands of Croft’s challenging circuit layout, and we adopted all techniques available to us to maximise ride quality.

“Meticulous planning, through our cutting-edge BPO ASPHALT management system that coordinates to-the-minute timing schedules, coupled with the use efficient shuttle feeder machines ensured that over 4,500 tonnes of material were laid to the highest possible standards.” 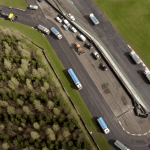 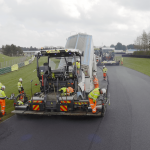 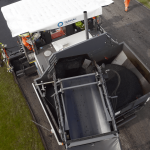 Tarmac’s paving machines ran non-stop during each shift and the new surface was laid in echelons to minimise forming any long joints and to boost its robustness. Before starting work on the track itself, a small section was trialled in the circuit’s paddock area to ensure the asphalt mixes from the three local plants supplying the project were all identical.

The result of the thorough laying and compaction process was not only an even, high-quality finish, but a surface more resistant to the extremes of braking and cornering that will withstand the demands of vehicles competing in professional racing series.

Tracey Morley, Croft circuit manager, said: “We worked very closely with Tarmac ahead of the project to ensure that the circuit would retain its character and the unique challenges it presented. We’ve been successfully able to do that and have ultimately enhanced the experience for everyone that visits the circuit and takes to the track.

“Since reopening, the new smoother and more durable surface has been extremely well received by teams, drivers and riders, who have acknowledged a big improvement in the ride quality and seen our lap records tumbling by up to four seconds in some categories as a result of the extra grip that it provides.”

The project was also witnessed by Ken Riley – son of John Riley and father of Martin Riley – who managed the circuit’s original construction over five decades ago. He said: “The equipment being used on the surfacing has moved on considerably in the 55 years since I was involved. The dedication and teamwork is exceptional and I’m proud to be associated with Tarmac.”

Author:  Tarmac
Disclaimer: This article was not originally written by a member of the HighwaysIndustry.Com team. 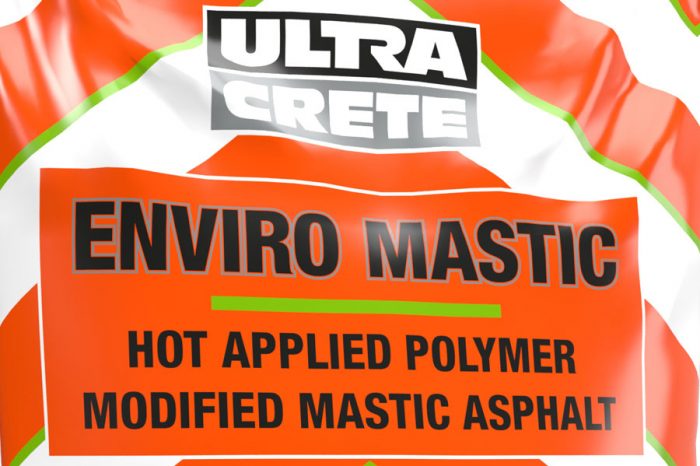 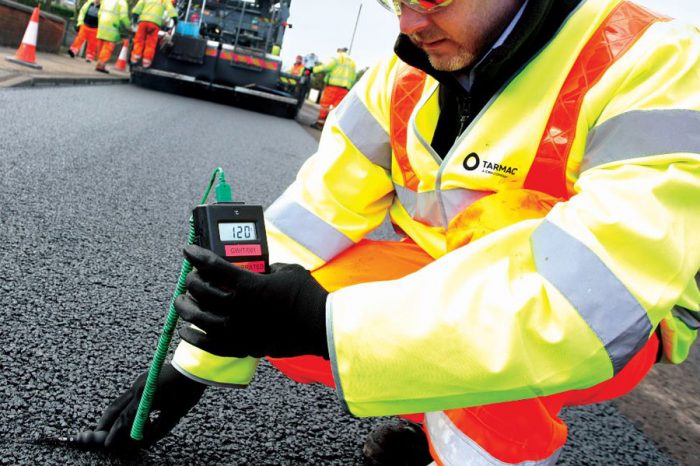 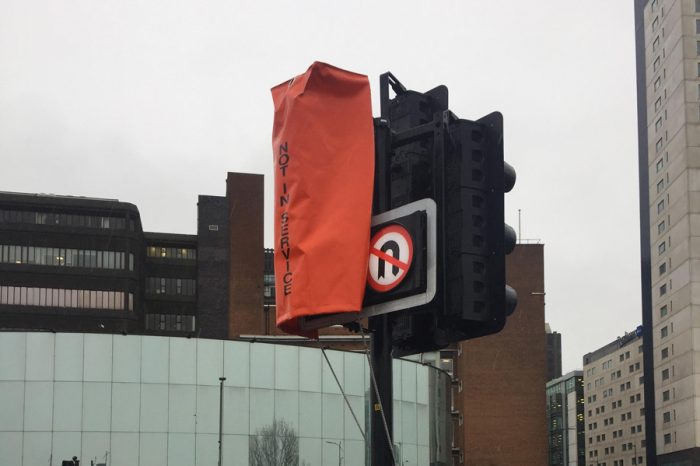 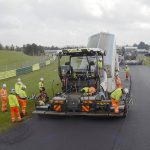