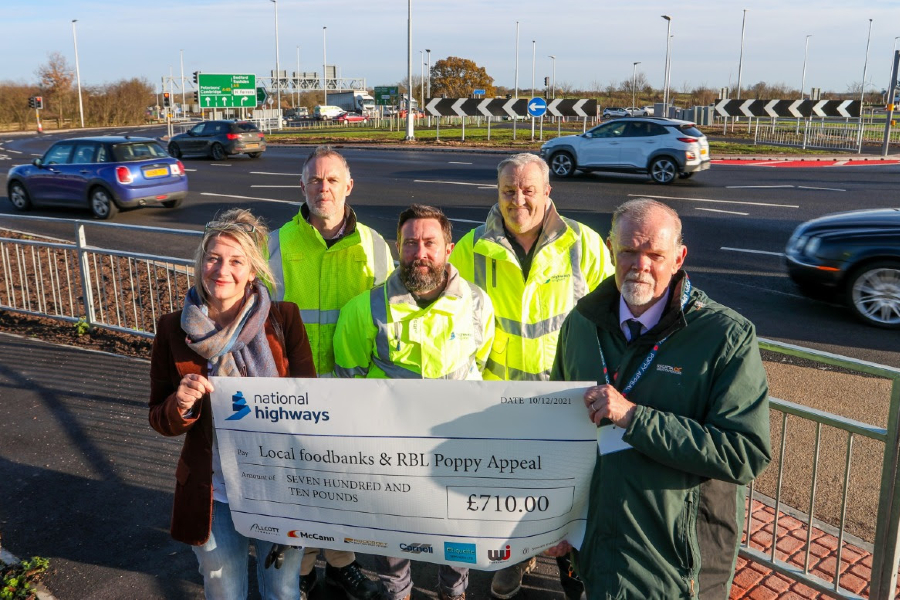 Receiving the cheque at the newly-improved junction are Amanda Mauro and Steve Thatcher, front, with, back row from left, Adrian Oulds from contractor Carnell and National Highways’ Dean Holloway and Dave Marlow

As work to transform the A45/A6 Chowns Mill roundabout has reached its conclusion, those working on the National Highways’ project have taken part in one final initiative to help out community groups.

Contractors working on the Northamptonshire roundabout improvements have given up their time in a series of projects intended to ‘give back’ to the local community while the work is taking place.

The latest effort saw a cheque for £710, donated by contractors and workers, handed over to the local foodbanks of Raunds, Rushden and Irthlingborough and the district branch of the Royal British Legion.

Amanda Mauro from the East Northants Community Services Foodbank and Steve Thatcher from the RBL visited the site to receive the donation – just as the final trees were being planted to finish off the £24 million scheme.

Since work began on the junction improvements in February last year, those working on the scheme have:

“The extensive improvements we have made at Chowns Mill roundabout mean that traffic is now flowing more freely through the junction and pedestrians can cross safely thanks to the new traffic lights installed.

“But we know that carrying out such major improvements can be disruptive for road users and local people while the work takes place which is why we like to ‘give back’ to communities where possible.

“We have been very fortunate that our contractors have been both extremely generous and enthusiastic in carrying out initiatives to support the communities and local people who have been so understanding while this work was carried out.” 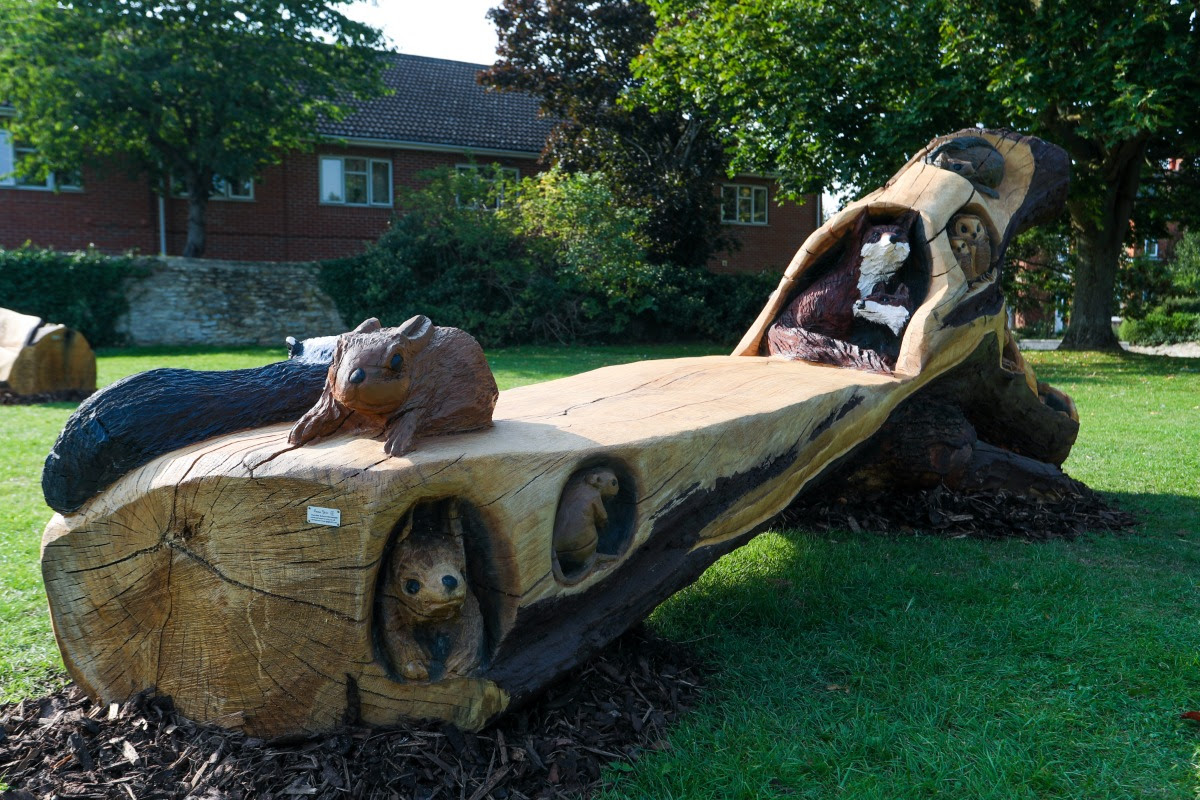 One of the benches donated to Higham Ferrers

To tackle problems of congestion and frequent collisions, National Highways have created a ‘half hamburger’ roundabout at the Chowns Mill junction and widened the roads approaching the roundabout to create extra capacity for traffic.

Pedestrians and cyclists can also use the junction more safely thanks to new traffic lights and improvements that have been introduced. 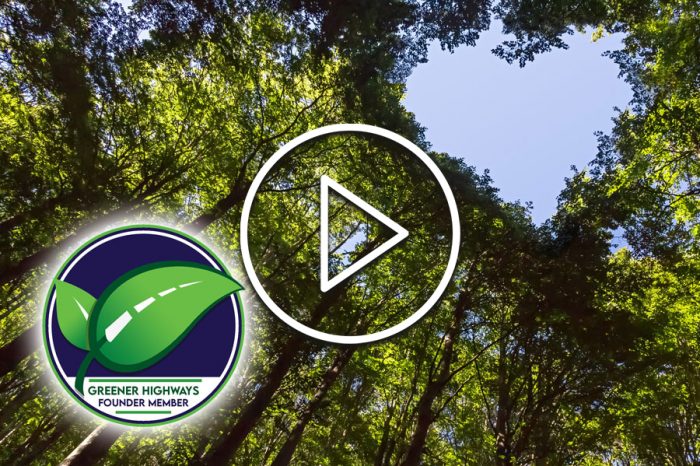 Greener Highways | 1 month on: WLT Partnership and the companies leading the charge… 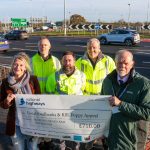