The 5 slowest motorways in the UK are revealed…

A new report shows how Britain’s motorways are struggling to cope with the amount of traffic and are so congested that drivers are clocking an average speed of only 25 miles per hour (mph) in some areas.

The findings come from an analysis of the 2018 Department for Transport (DfT) congestion figures.

DfT calculated average speeds by taking speed observations from a sample of cars across 24-hour periods throughout the year.

They came up with the averages based on a whole day – not even when speeds are at their worst, during rush-hour.

The slowest sections are two stretches of the M25 leading to the Dartford Tunnel.

Next slowest is a northbound stretch of the M5 at junction 2, near Birmingham, where drivers endure average speeds of 26.7mph.

Experts found lots of slow areas within junctions between the slip road where motorists filter off and where vehicles enter and found 17 stretches of motorway where drivers averaged speeds below 30mph—less than the speed limit for residential areas .

It won’t come as a surprise if you’re a regular user of it, but experts found the slowest motorway sections on the London Orbital – the M25 (often ridiculed as nothing more than ‘a big car park’), leading to the Dartford Tunnel.

They recorded average speeds near the A206 junction at 25.1mph and 25.4mph near the A2 junction.

Average speed (mph) of the UK’s five slowest motorways in 2018 :

Other sections in the list included the northbound stretch of the M1 near J24 at Leicestershire with an average speed of 37.1mph.

The average speed on the M6’s worst stretch (southbound between J10 and J9) was 41.7mph.

DfT experts recorded the slowest part of the M11, as southbound, heading towards the M25, between J5 and J4 in north-east London. There, speeds averaged 42.1mph.

Averaging speeds of 44.6mph, the M62’s slowest section was near Manchester on the westbound carriageway between J19 and J18.

Rod Dennis, Senior Press Officer for the RAC, said of the sluggish speeds: ‘As these figures show, drivers will be lucky if they can drive anywhere approaching the national speed limit on some of England’s most congested stretches of motorway.

‘While some are notorious and seemingly permanent bottlenecks, others are likely to be caused by long-term roadworks which means drivers will have to hope that journey times will drop when they’re finally lifted.

‘Drivers tell us that they are becomingly [sic] increasingly dependent on using their cars, so it’s vital that investment in our motorway network is maintained.

‘Worryingly for drivers, we have seen evidence that some work to reduce traffic at pinch points on the motorway network has actually had the undesired effect of making congestion even worse, not better.

‘Clearly, tackling congestion on the UK’s major roads is never a quick or straightforward task, or for that matter, cheap.’

The DfT hasn’t commented because of the ‘purdah’ period leading up to the General Election but, in 2016, said ‘they were ‘making the most extensive improvements to roads since the 1970s, to make journeys faster, better and more reliable’ yet here we still are with major congestion problems on our motorways.

To compare findings, I looked back at 2017, at another in-depth study on the 10 worst British motorways for congestion and which stretches of road recorded the slowest average speed.

The telematics business Satrak (now part of Danish firm, Trackunit) collected data from over half a million (527,000) vehicles from across the whole 2,173 miles of Britain’s motorway network.

They found the M25 London Orbital to have the slowest average speed of any motorway – once again, at just 25mph.

Crawling along at that speed, you’d need to undergo an average of a five-hour drive to cover the 117-miles circling the capital.

Dan Walton, co-owner and founder of Satrak, said of the tortoise-like speeds of the M2: ‘It’s little surprise to find that the M25 is, in fact, the slowest motorway.

“We undertake work throughout the country and usually find the M25 to be the most cumbersome, and our data provides evidence for that.

“I’ve heard of tailbacks stretching 12 miles in my time there so it’s of little surprise to me.’

Original source article: https://www.examinerlive.co.uk/news/uk-world-news/you-might-think-m62-slow-17270516
Author:  Amardeep Bassey
Disclaimer: This article was not originally written by a member of the HighwaysIndustry.Com team. 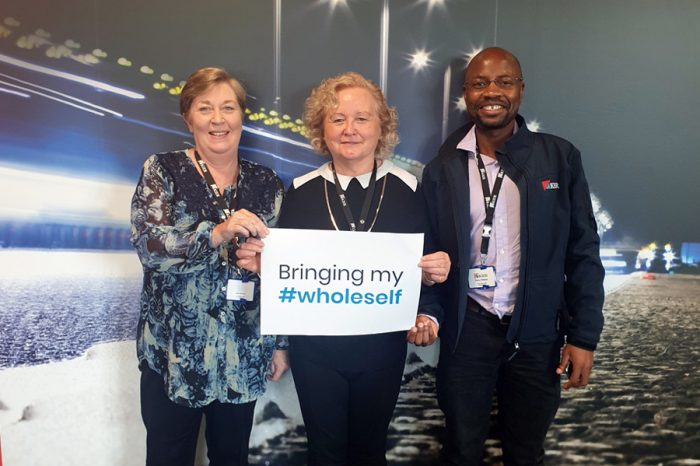 Kier | Kier Highways is a Leader in Diversity

The 5 slowest motorways in the UK are revealed…