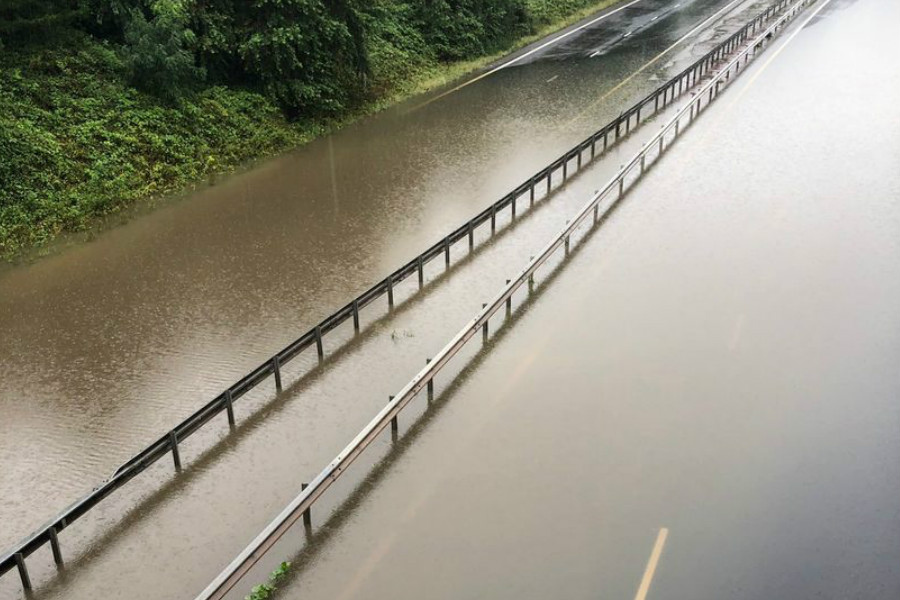 The A555 pictured on Sunday night (Image: Dave Taylor (Twitter)

Stockport Council has announced plans to prevent a repeat of the flooding which has left part of the newly-extended road.

A pumping system used to prevent flooding on a beleaguered stretch of the A555 is going be completely replaced, council bosses have promised.

The Airport link road in Stockport severely flooded and had to closed in two places on Sunday , for the second time in a matter of months, after heavy rainfall.

One stretch, from Bramhall to the A34 in Handforth remained closed until this evening as they desperately pumped away the enormous pool of water which had formed and completely submerged the road surface and even the central barriers.

The road was extended to the A6 in Hazel Grove with the new £290m stretch opening to much fanfare in October last year.

Angry locals have labelled it a ‘scandal’ and said an inquiry into why it cannot cope with heavy rainfall is needed.

One part of the road, between Macclesfield Road and the Chester Road roundabout, which was closed, was on the new section but that was quickly reopened on Sunday night.

However the stretch that remained closed until today (Tuesday), from Chester Road to the A34, and which flooded on both occasions, was the existing part of the road finished back in 1995.

Each stretch has a pumping station which helps drain rainwater away from the road which is prone to flooding due to its numerous dips, the Manchester Evening News has been told.

Back in March a staggering three million litres of water which collected after the failure of the pumping station on that stretch , had to be removed.

After that incident the council said it planned to completely replace and upgrade the pumps on that section but although work had commenced and it has not yet been finsihed.

And bosses say the “unprecedented” amount of rainfall, up to 50mm in just 24 hours, led to the current system, which continued to work, being overwhelmed again.

A second pump was also brought in on Sunday to try and alleviate the situation but that was still insufficient to prevent the closure.

Workers spent Monday and most of Tuesday draining the flood before cleaning and safety checking the road so it could be fully re-opened.

Brian Andrew said: “This is a scandal. The A555 Airport link road closed for another day and no details or update as to when it might open.”

Stockport Council say once the current weather has subsided work will re-commence on replacing the pumps.

In response to a series of questions from the M.E.N about the flooding Stockport Council said in a statement: “We experienced unprecedented rainfall over the weekend and although the pumps continued to work, an additional pump was delivered to site to supplement the existing pump which was inundated by the storm on Sunday afternoon.

“Plans were already in place to replace the pumping station and this work will take place once the water has been cleared and our engineers have assessed the site.

“We apologise for the disruption this has caused to peoples journeys and we are working hard to get the road open as soon as possible.

“Please check our website and social media accounts for further updates throughout the day.”

A tipper truck became trapped in the water yesterday, with firefighters being called in to rescue it.

However the Manchester Evening News has been told that was nothing to do with the draining or repairing of the road and it had in fact just ignored the road closure signs and become stranded.

The A34 Alderley Edge bypass has also suffered a similar fate where a car could yesterday be seen floating in the water. 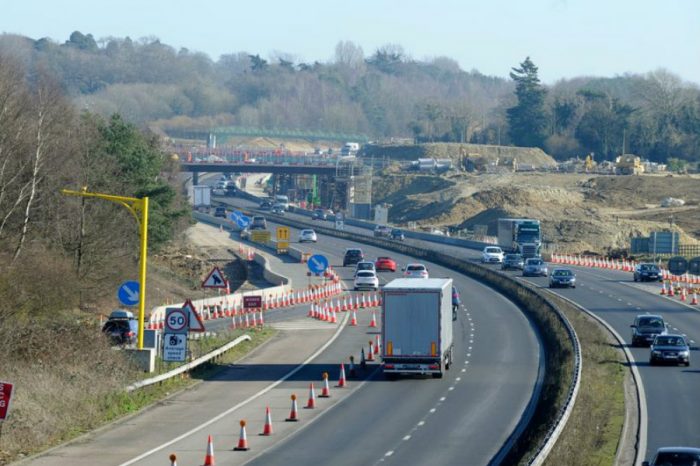 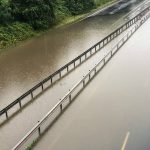