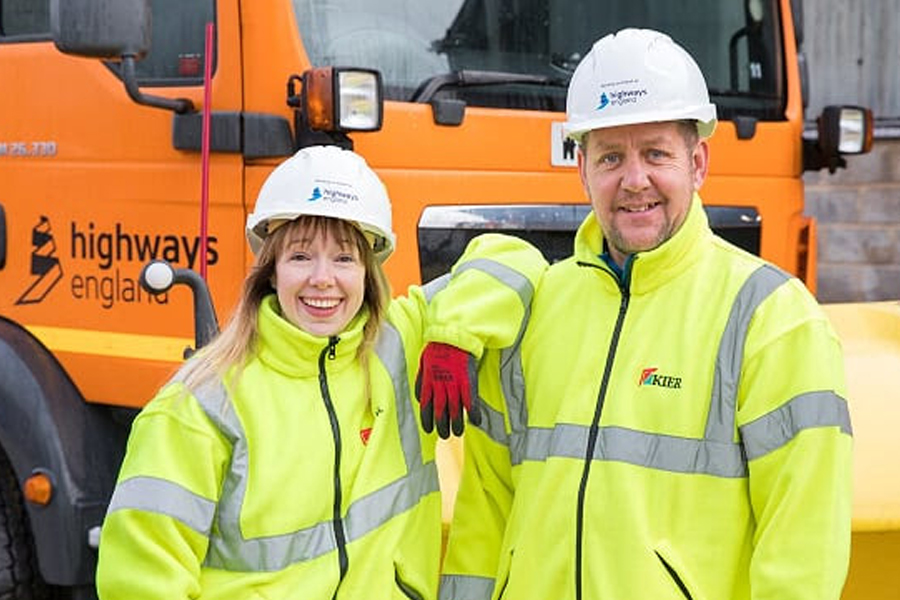 Caption: Karen and Neil have been married for three years and work in Worcestershire

When it comes to keeping motorways moving this winter, look no further than the Smith-Storer family.

Karen Smith-Storer and her husband Neil work for Highways England as gritter drivers in Worcestershire.

The pair – together for 12 years and married for three – have been working around the clock this winter to keep the Midlands’ major A-road and motorway network running freely.

Karen – who lives in Worcestershire with Neil – has worked in her role for the past 11 years. The former HGV driver and Class 1 licence holder says there’s a healthy rivalry between her and husband.

“We do have a laugh about it when we are together at home, albeit my husband knows I am the better driver out of the two of us,” laughs Karen. “We’re lucky in the sense that working and living together hasn’t impacted on our relationship.

She was enticed into the haulage industry by her father, Jeffrey, who was a HGV driver. Karen, aged 39, works on vital routes including the M5, M50, A49 and the M42. And she says some motorists still look twice when overtaking her on the motorway.

She added: “It’s quite funny and it always makes me smile because I have seen several male drivers look at me and they are clearly surprised to see this petite woman driving such a large piece of equipment. 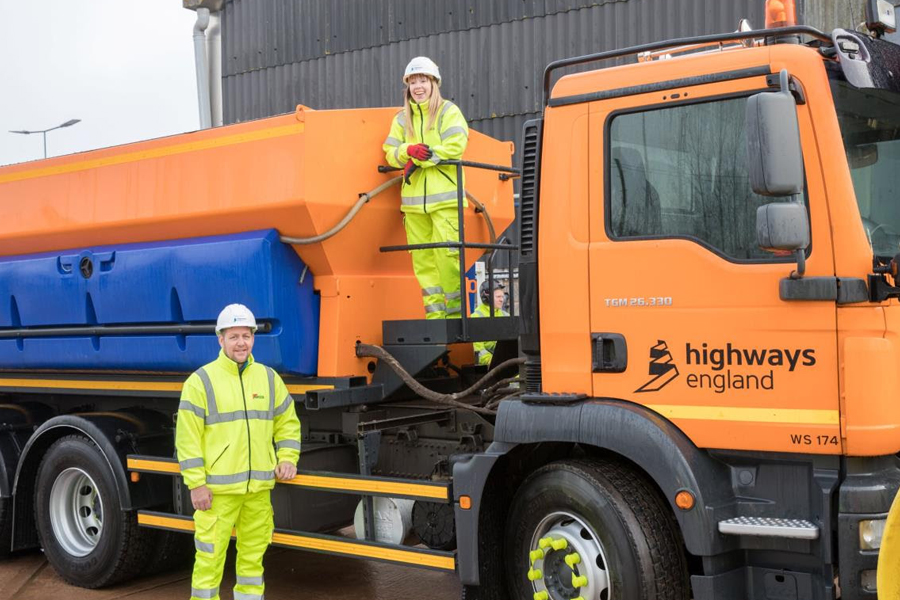 Caption: Karen and Neil next to one of the gritting machines being used to keep motorways moving this winter

“I really love my job and I really enjoy the solitude of driving the truck and being in my own office, of sorts. That said, the camaraderie of the team in and around the depot which we work out of, makes the role what it is.”

“We do have some banter between us but it’s nice because we can learn from each other and that’s how we look at it,” he said. “I also think that’s one of the aspects that I enjoy the most around the job because our company is very good at listening to what we tell them, and they will always do what they can to train us and help us to develop new skills.”

But it isn’t always plain sailing working as a gritter driver. Despite weighing in at some 26 tonnes, last year 36 Highways England gritters were driven into by motorists.

The pair – who operate from the Strensham depot next to the M5 – have thrown their support behind calls from Highways England for motorists to leave plenty of distance between themselves and the gritter in front of them.

Each spreading machine is limited to 40mph and must travel in the middle lane to ensure the salt is spread evenly and safely across the whole of the carriageway.

Neil added: “I often see cars trying to undertake me and driving in the hard shoulder where there could be a stranded vehicle in snow or a breakdown. The advice would always be to overtake on the outside lane and leave plenty of distance between themselves and those driving the machine.”

The back of a gritter is the most vulnerable area as it’s where the salt spreading equipment is located. If it’s struck it can mean the gritter has to be taken off the road to be repaired, which is costly and could affect critical services in extreme weather conditions.

“Although the vast majority of people support our gritter drivers by leaving a sensible distance and only passing when it’s safe to do so, we do have occasions when people misjudge the situation and end up colliding with one of our vehicles.

“We have also noticed a growing problem with driver using the hard shoulder to undertake gritters, risking a collision with stationary vehicles on the hard shoulder and causing a hazard to gritter drivers who need to exit at motorway junctions.

“It’s really important that we keep traffic moving and our gritters are out on the network enabling us to do that.”

During severe winter weather drivers are urged to follow this advice:

• In snow and ice: Drivers should stick to the main roads where they can and only travel if necessary. Drivers are also encouraged to make sure they have a winter kit in their vehicle, including an ice scraper and de-icer, warm clothes and blankets and sunglasses to cope with the low winter sun.

• In high winds: Drivers should slow down and avoid using exposed sections of road if possible. Lorries, caravans and motorbikes are at particular risk.

• In heavy rain: Drivers should keep well back from the vehicle in front, gradually ease off the accelerator if the steering becomes unresponsive, and slow down if the rain and spray from vehicles makes it difficult to see and be seen.

• In fog: Drivers should switch on their fog lights and not use lights on full beam as the fog will reflect the light back. If drivers really cannot see, they should consider stopping until it is safe to continue. 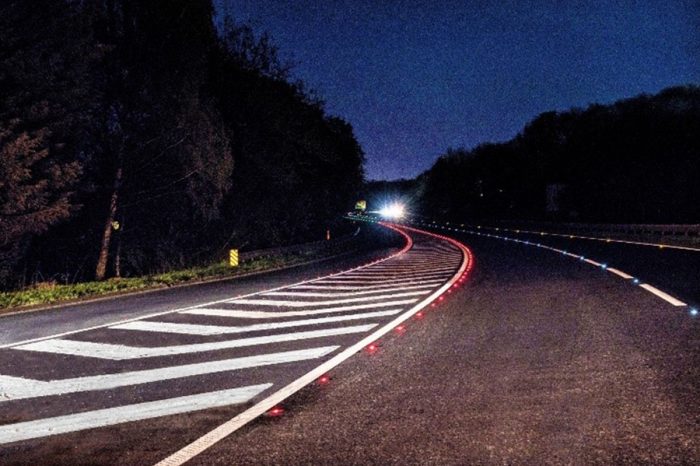 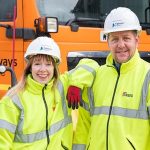