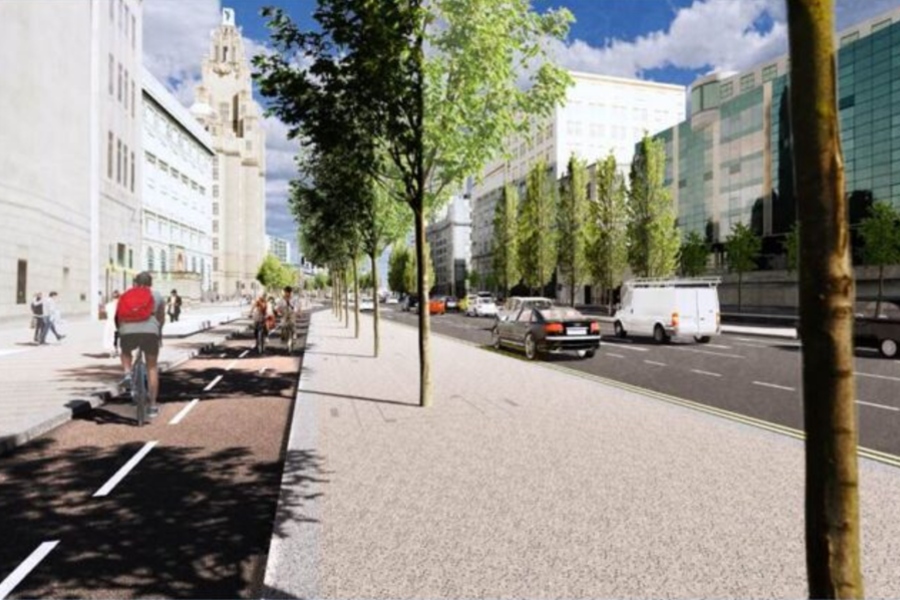 How the remodelled Strand in Liverpool will look

Two of Liverpool’s most famous roads are to undergo major changes next week as a £47m highways scheme reaches a critical phase.

The city’s historic Lime Street will temporarily close to southbound traffic from the junction at Ranelagh Street, and access from The Strand to the Pier Head via the Mann Island Junction will be removed.

Both alterations, which are key to the Liverpool City Centre Connectivity programme, will come into effect on Monday, January 25.

Construction works in front of Lime Street train station will coincide with a new bus timetable for Liverpool coming into operation that day, with services from the south of the city redirected to the bus station at Liverpool One.

A “busgate” has already been introduced on Ranelagh Street, at the junction of Great Charlotte Street, to underpin this change and support more sustainable transport choices. The busgate restricts access to all vehicles on the westbound lane, except buses, taxis and bikes, from 7am to midnight every day.

The remodelling of Lime Street into a single lane route in both directions, to and from St Johns Lane, will enable the expansion of St George’s Hall plateau to create a major performance space in the city centre. A new cycle lane and water feature will also be installed.

It is estimated the Lime Street revamp, which includes a new cycle lane, will be completed by Summer 2021.

The Strand – which runs past the historic Royal Albert Docks, Liverpool One and Three Graces – is undergoing a £22m eco-friendly redesign to improve air quality. It’s poor safety record, with four fatalities in the past two years, is also being addressed with the creation of wider pavements and shorter pedestrian crossings.

The removal of several junctions along the 2km long, four lane dual carriageway, such as Mann Island, has also been designed to ensure traffic flow is more fluid meaning less air pollution, as cars are not stopping and starting so frequently.

The Mann Island junction is to be remodelled as open space and a potential site for performances and public art. This first phase of works is due to end in Summer 2021.

Another key element of the new look Strand is to create a permanent segregated cycle lane to connect the south of Liverpool to the north, allowing cyclists to eventually ride the full length of the Mersey from Otterspool to Southport. Plans are also being developed to ensure the city’s new 65-mile pop-up cycle lane network is connected.

New trees, specially planted to reduce flooding, and public spaces are also being installed as part of a wider strategy to attract and promote walking in the city centre.

It is estimated that the overhaul of The Strand, which has remained untouched since the 1950s, will complete by Spring 2022.

Cllr Sharon Connor, cabinet member for highways, said: “These changes to The Strand and Lime Street next week is going to be a real game changer in how people move around Liverpool city centre for decades to come.

“This process will constantly evolve as the city centre continues to develop – especially in the wake of COVID-19 and the renewed emphasis on active travel and cycling. We will try to remain one step ahead and not wait another 50 years before we make such dramatic improvements.”

Original source article: https://www.thebusinessdesk.com/northwest/news/2072728-key-highways-schemes-to-take-effect-as-part-of-47m-revamp
Author:  Neil Hodgson
Disclaimer: This article was not originally written by a member of the HighwaysIndustry.Com team. 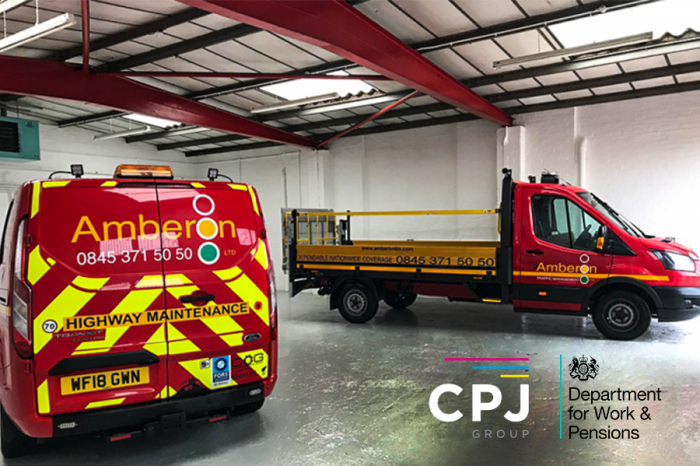 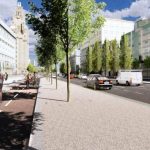