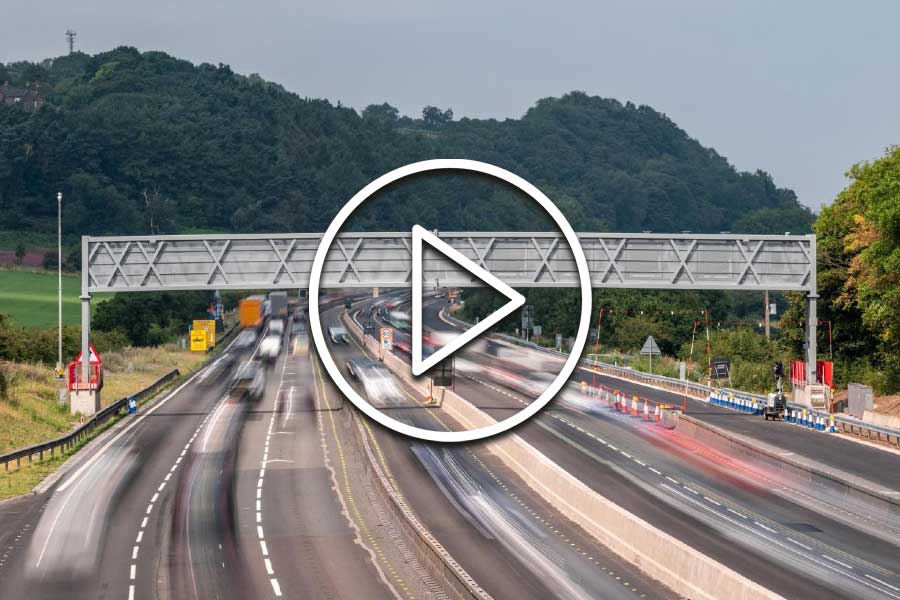 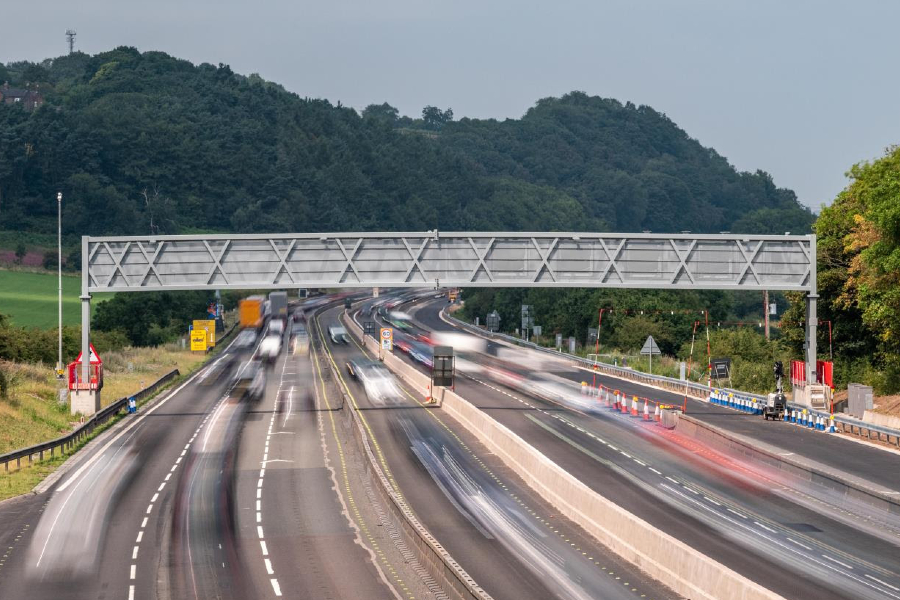 The superspan gantry is in place after just a few hours

Two 38-tonne gantries spanning the width of the M6 were installed in under 10 hours as part of Highways England’s upgrade of the motorway.

Watch the huge operation to put the superspan gantries in place captured in this time-lapse video:

With a width of some 40m, the gantries stretch across both the north and southbound carriageways and will house latest technology to keep drivers informed on journeys.

The M6 was closed between junctions 14 (Stafford north) and 15 (Stoke-on-Trent) to enable the huge structures to be installed. The motorway closed at 9pm on Saturday and was due to be open again by 8am on Sunday with both gantries in place.

The gantries had been built off site and were transported to the M6 site on trailers, with an abnormal load escort, from the north-east. On Saturday they were then lowered onto pre-constructed foundations and posts using a specialist 160-tonne crane.

This technique is quicker and less disruptive than building the gantries at the roadside. 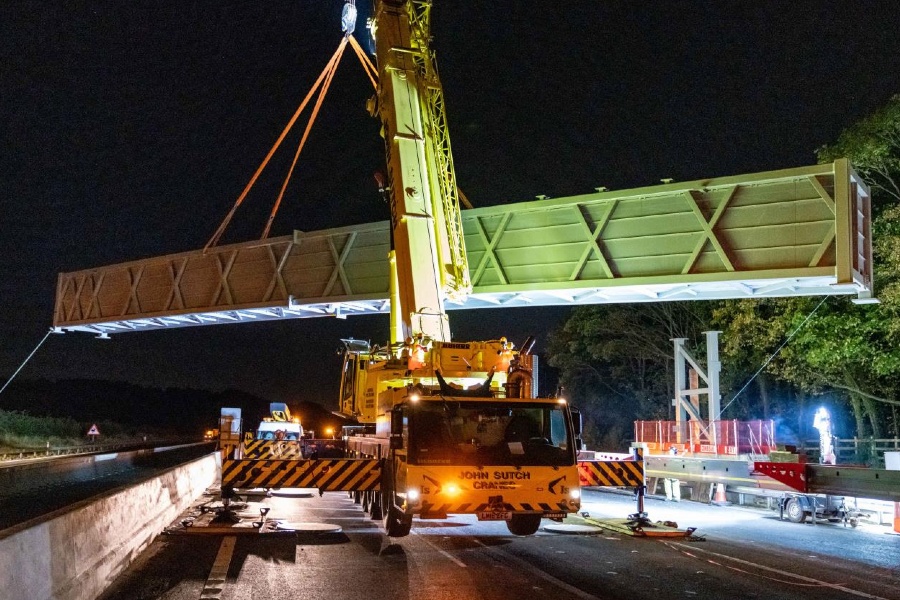 “This is the first time we have attempted to install two superspan gantries in one night on this scheme and it was quite a challenge to get them both put in place and the M6 open by 8am.

“Thanks to careful planning and the efforts of the team on the night, everything went smoothly and we were able to get the motorway open shortly after 6am to minimise disruption for motorists.

“We appreciate that our work to upgrade this stretch of the M6 can cause some disruption and we are always grateful for people’s patience while we carry out such major works which will ultimately mean better and more reliable journeys for road users.” 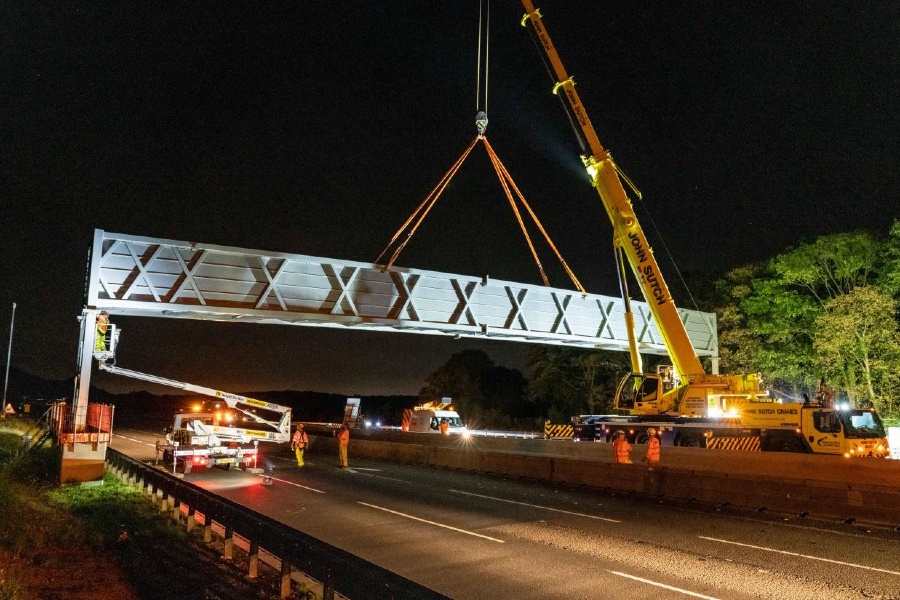 Signs and signals will be fitted to the gantries which will set variable speed limits to help traffic flow more smoothly, close lanes when necessary and provide travel information for drivers.

While the motorway was shut for the installations a series of other works were also carried out to reduce the need for further closures. These included installing signage, technology ducting and cables, drainage, clearing vegetation and undertaking further surveys.

A 17-mile stretch of the M6 is being upgraded into a smart motorway between junctions 13 (Stafford) and 15 (Stoke-on-Trent). The superspan gantries are the largest structures that have to be installed as part of the scheme.

The installation at the weekend follows a similar engineering feat earlier this month when an 800-tonne bridge was removed from over the M53 near Birkenhead. Six giant remote-controlled transporters took out the main section of the bridge to be safely dismantled. Work is now beginning on constructing a new bridge to open next year.

To view footage of the M53 bridge being removed click here. 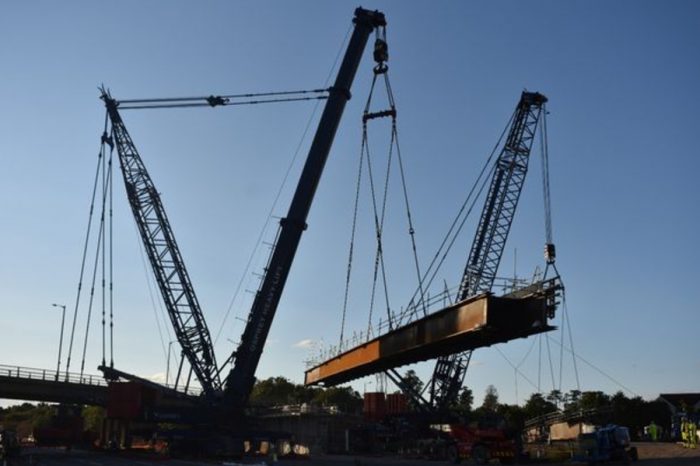 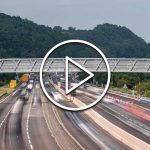