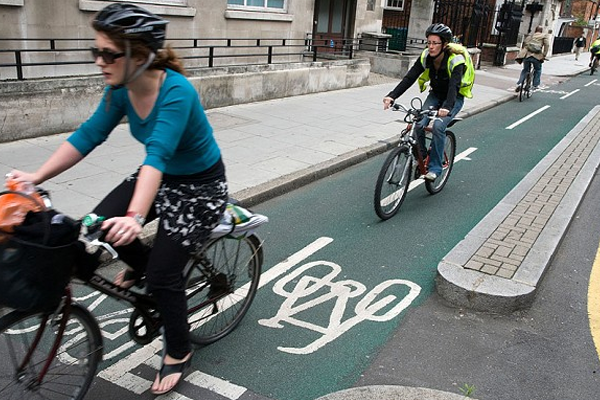 Whilst Intertraffic takes centre stage in Amsterdam this week, a leading cycling charity says Britain is centuries behind the Dutch when it comes to investing in bike transport.

The government’s blueprint to get more people cycling and walking in Britain will see it spend £316m over the next five years, but the CTC says the current rate of spending is simply not enough.

“They’ve got this great ambition for cycling and they want to change the whole mantra on how we look upon cycling as a way of getting about,” said Paul Tuohy from the Cyclists’ Touring Club.

“That’s brilliant but the numbers don’t stack up. We do need a lot more investment to get to the levels they want.

“Our estimates are that if we want to get to the Dutch levels, at the current spending, that’s going to take until the 23rd century. That’s not very good.”

In the Netherlands a total of 27% of journeys are made by bike, whereas in the UK that figures drops to just 2%.

The Dutch spend £24 per person per year on cycling, but in the UK the figure invested outside London is just £1.39 per person.

“You can plan and you can invest, but safety has to be the very first concern. You want everyone on their bike, from four-year-olds up to 84-year-olds. Yes it has been a success here, but it didn’t happen overnight.

“We implemented our very first cycling plan for Amsterdam in 1978 and we have worked on improving it ever since. All I would say to people in London is that Rome wasn’t built in a day.”

Such is the popularity of the bike in Amsterdam nowadays that cyclists often joke it’s easier to park a car in the centre than find a space to leave your bike. The council’s answer is an ambitious plan to create an extra 40,000 spaces by the end of the year.

Ms van der Horst added: “The benefits from cycling are there for all to see. Less congestion, better quality of air, plus all the health benefits that come from exercise.”

Campaigning cyclist Dave Sherry has started filming his bike journeys around London because of the dangers he has faced from motorists. He says he has often been knocked off his bike by erratic drivers – and on one occasion, punched into a ditch.

“Every day in this country cyclists are getting injured, maimed and sometimes even killed,” said Mr Sherry, who passes his footage on to police.

“More needs to be done. It just can’t go on like this, the dangers are too great.” 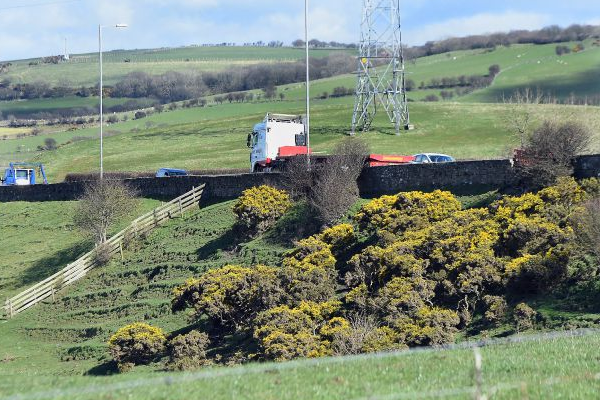 MP: 700 closures or disruptions on main road in 10 years 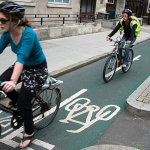