The UK’s motorway EV charging network is to be overhauled, with outdated infrastructure being replaced with new high powered, open-access units that do not require accounts in order to be used.

Ecotricity, which runs the ‘Electric Highway’ network of motorway chargers that launched a decade ago, has sold a 25 per cent stake in its business to charging forecourt firm Gridserve. Ecotricity plans to swap all of its existing chargers with fresh units that support CCS, CHAdeMO and AC connections.

Ecotricity will also install between six and 12 350kW DC rapid chargers at each motorway services. All of the new chargers will support contactless payment, as demanded by legislation.

The updated network will also have 24/7 technical support from Gridserve, which should go some way in addressing concerns about the reliability of Ecotricity’s chargers, which ranked last in all categories in the Driver Power chargepoint survey last year.

The upgrade announcement comes after the Department for Transport (DfT) said it planned to ensure at least six high-powered, open-access EV chargepoints were installed at every motorway service station in England by 2023, addressing concerns about the speed and reliability of some existing units.

The DfT expects there will be 2,500 such chargers across the Highways England network by 2030, rising to 6,000 by 2035. The Competition and Markets Authority (CMA) has already launched a consultation aimed at improving public confidence and private investment in the UK’s EV charging sector.

Gridserve’s CEO, Toddington Harper, said the upgraded network would “provide the confidence people need to immediately make the transition” to electric vehicles, adding that it would ensure EV charging is “straightforward” and “anxiety free”.

Transport minister Rachel Maclean told Auto Express the CMA consultation would “ensure that it is as easy – or even easier – for drivers to charge their car as it is to refuel a petrol or diesel vehicle.”

She added: “We’re… proposing that operators should make location data, power rating and price information more accessible for drivers as this is essential for ensuring costs are fair, boosting the confidence of both existing electric vehicle drivers and those considering making the switch.”

Original source article: https://www.autoexpress.co.uk/news/354494/motorway-ev-charging-network-be-overhauled
Author: Tristan Shale-Hester
Disclaimer: This article was not originally written by a member of the HighwaysIndustry.Com team. 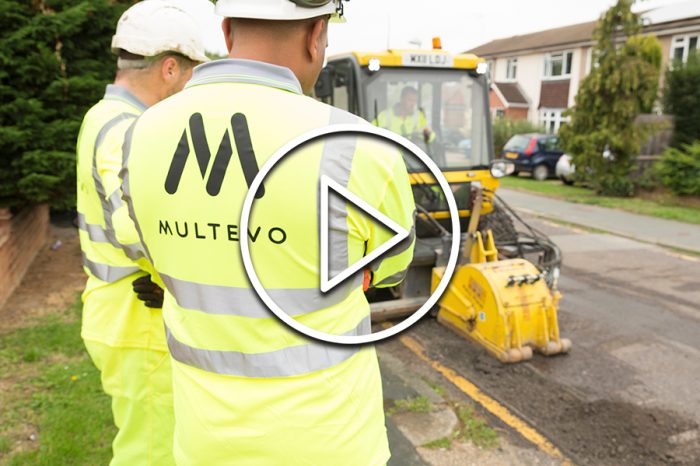 Multevo | The Multevo Method – Revolutionising the way we repair our roads