The Black Friday shopping event will create a surge in vehicle emissions, according to a report from price comparison website Money.co.uk.

Lockdown brought an online retail bonanza, and this year’s Black Friday is expected to be the biggest ever.

But each delivery generates carbon dioxide so emissions will spike.

It’s made worse because the concentration of demand to a short space of time overloads the capacity of firms to deliver in the normal way.

Many people expect next day deliveries, so companies have to hire in extra drivers using their own vehicles, which are often much less efficient.

Experts say a little patience from consumers would be a big help.

The report says same-day delivery is also a problem as it gives firms less time to consolidate orders on their routes.

The website’s survey suggested that 21% of people shopping online expect delivery to be cheaper on Black Friday, 55% expect the same, and 3% expect an increase.

The remaining 21% of people didn’t think about delivery fees when ordering online.

While 85% of UK consumers plan to shop for Black Friday deals, just one in 10 said they considered the impact of their deliveries on the environment.

The website has ranked delivery firms on their attitude to carbon emissions.

It crowns Royal Mail the most carbon-conscious because of its ‘feet on the street’ network of 90,000 postal workers.

Each year, the Royal Mail delivers around 1.8 billion parcels, and it has trialled e-trikes.

Amazon is praised for the number of click-and-collect parcels, which prevent home deliveries while driving footfall to local businesses.

UPS is said to be doing best when it comes to the number of electric or hybrid vehicles.

But he said actual numbers were hard to calculate because some deliveries replace shopping trips into town.

“The Black Friday problem is that retailers are created a huge peak in demand which needs to be met immediately,” he said. “There’s the same issue with deliveries of chocolates and flowers when it comes to Mother’s Day.”

Stephen Joseph, visiting professor at the University of Hertfordshire, told BBC News: “When it comes to measuring traffic, there’s loads of data on cars.

“But we can see with our own eyes that many vehicles on the road are vans – they need to be researched better and given more prominence in policy.”

A report from the Resolution Foundation on balancing the government books deals with the issue of vans.

It proposes a small tax of a few pence on each parcel delivery, with an exemption for zero-emissions vehicles.

Original source article: https://www.bbc.co.uk/news/business-54924993
Author:  Roger Harrabin
Disclaimer: This article was not originally written by a member of the HighwaysIndustry.Com team. 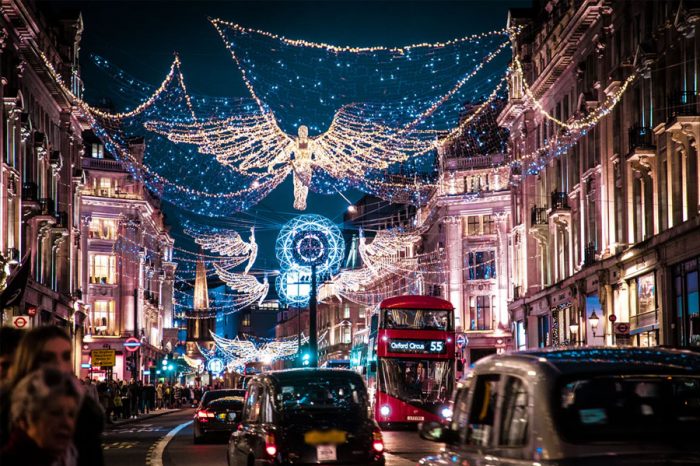