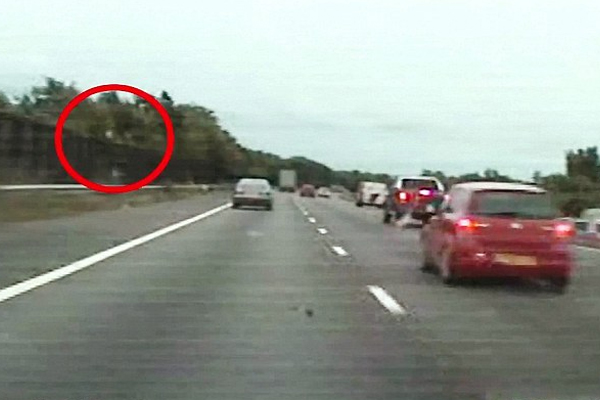 The dramatic moment a police force chased a drug dealer as he threw £200,000 of heroin from his car has beaten a 144mph motorway dash to be named its pursuit of the year.

West Midlands Police say the dash-cam footage of their 109mph 12-mile chase along the M6 was the force’s ultimate pursuit.

It ended when officers boxed in the grey Mazda 6 on the motorway and manoeuvred it off the carriageway for the safety of other road users.

The 31-year-old driver Paul Duckworth led three police cars and a helicopter on the dangerous chase, which lasted 30 minutes, before being halted at junction 11a of the M6 near Cannock, Staffordshire.

At one point his passenger Mohamed Kabbar, 25, can be seen throwing two large drug packages out of a window and onto the hard shoulder.

Kabbar, of Lozells, Birmingham, was jailed for five years for possession with intent to supply heroin on October 30 last year.

Duckworth from Bromford, Birmingham, received a 15-month sentence for heroin possession, dangerous driving, driving while disqualified and driving without insurance after the same trial.

The video beat nine other heart-stopping clips to the title, including one pursuit of a car speeding at 144mph on motorways to flee the scene of a botched attack on a cash machine and incredible dash-cam footage of a motorist who drove the wrong way down the M6 Toll.

VIDEO | Is this the the most middle class car chase ever? 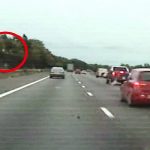