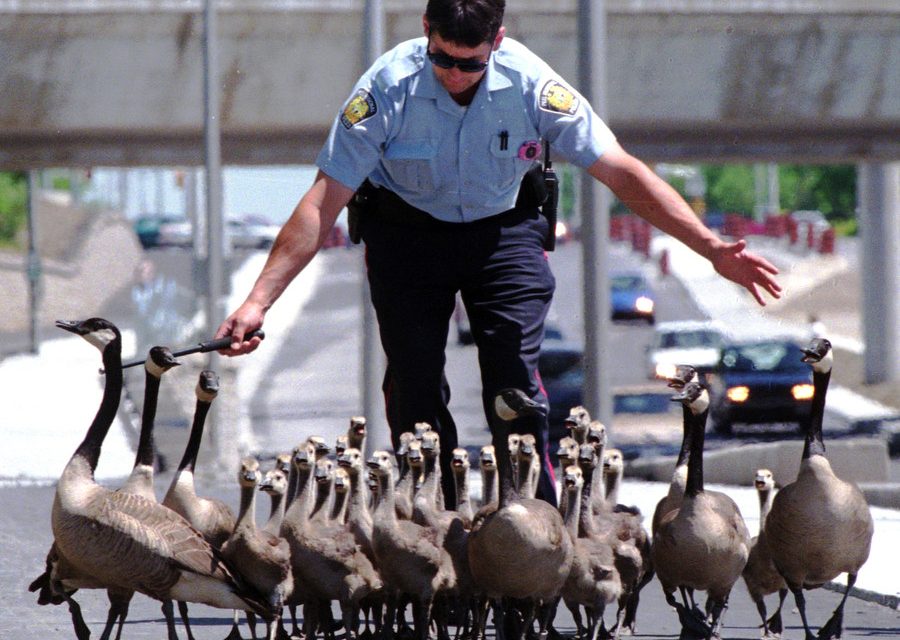 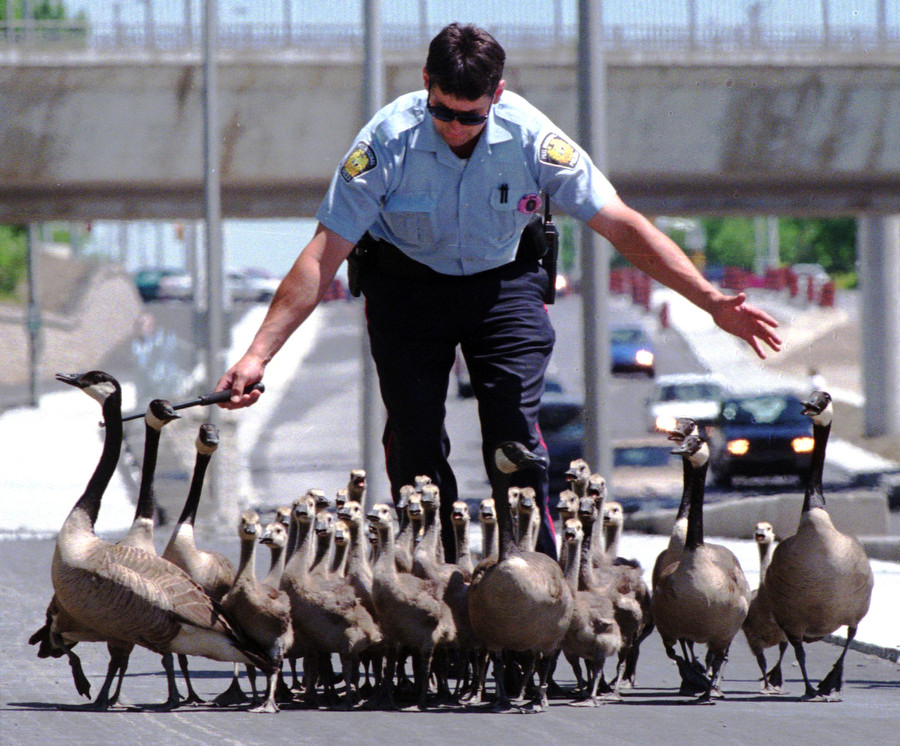 A group of Canadian geese caused chaos on highways in Indiana US when they began strolling onto the road.

Traffic slowed to an absolute crawl on the I80/94 near Calumet Avenue on Monday evening when motorists wanted to avoid harming the animals and even took pictures.

The video below shows a helicopter camera and other footage of the hilarious natural event that took place recently.

Indiana police (above) protected the geese with their life and guided the two geese and five goosling to a safe area where they were able to leave the highways. 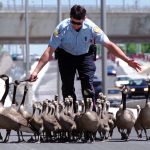