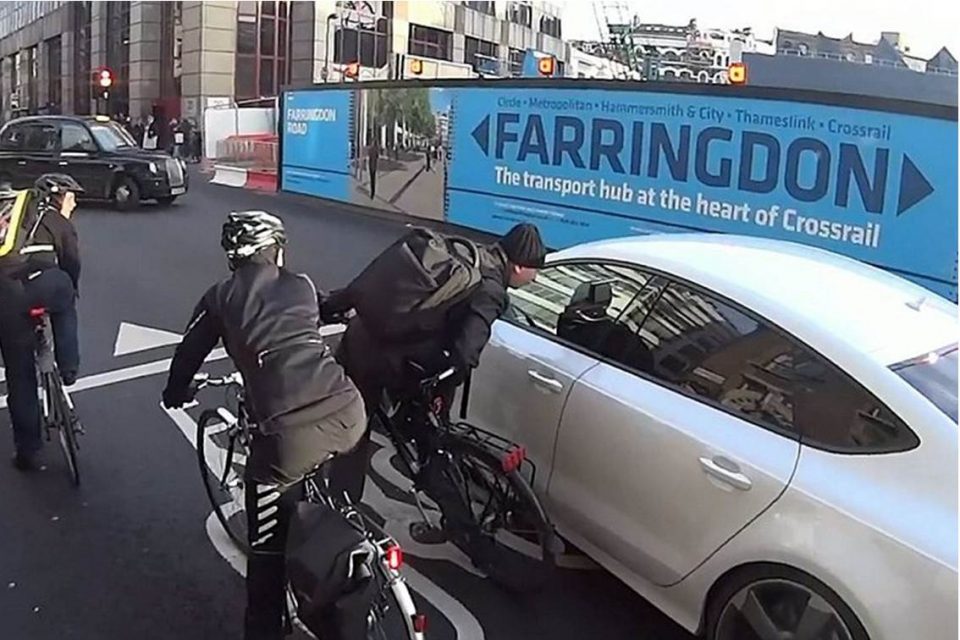 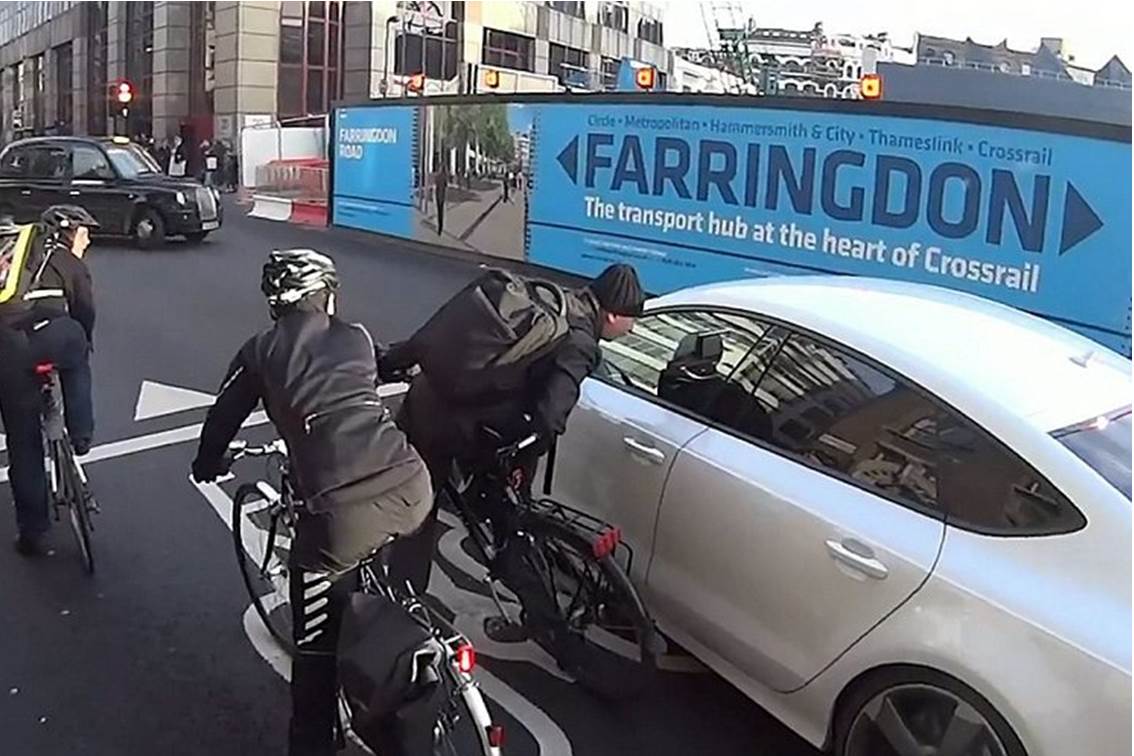 The war between cyclists and motorists continues as we see a confrontation between an Audi driver and a London cyclist get ugly.

It begins on an average day of commuting in London where several cyclists stack up in a bicycle box as they wait for the red light to turn. An Audi driver grows inpatient with riders in front and shifts his car a couple meters into the box; a cyclist then backs up and repeats to the Audi driver: its a cycle area.

The Audi driver immediately zooms off; after a speedy pursuit the cyclist says: you nearly ran over my f****** foot mate and calling the motorist a f****** p***. The driver then proceeds to get out of his car and swings a left hook to the cyclist knocking him over his bike and into the taxi behind.

The scene was captured by a 26 year old magazine editor Jude who said the driver paid little or no attention to the safety of the cyclist.

He added: Confrontations between cyclists and motorists are a daily occurrence in the same way that drivers shouting at other drivers from inside their car is common. That this resulted in physical violence is what makes it so shocking I have never seen that before. It was shocking; you do not expect to see that kind of behaviour on the roads.

Even with evidence that has accumulated more than half a million views on YouTube the Metropolitan Police has yet to receive a complaint. A spokesman said: We are keen to hear from the cyclist if he wants to report it 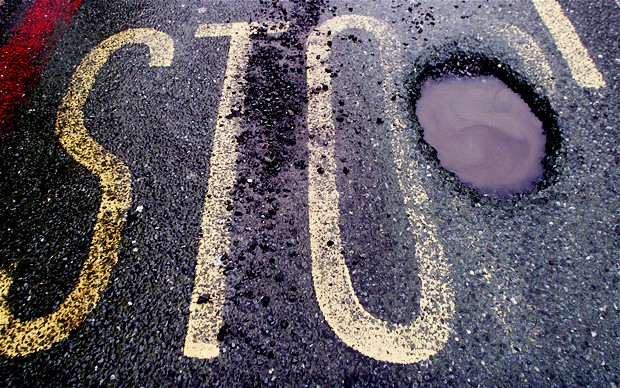 Could Councils Be Suffering From Pothole Fraud? 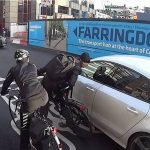