The Dubai police have taken luxury to a new level as they continue to add more vehicles to their fleet of fancy sports cars that they use for local patrols and police work.

A slickly-produced informational video that looks more like a music video was released recently by the Dubai police, showcasing some of their newly added patrol cars zooming through the city streets and highways. The video is reminiscent of scenes from a Batman movie.

Cars in the police fleet include an impressive array of sports cars that would wow even the casual observer who has no knowledge of automobiles. The police vehicles in the video clip include a Bugatti Veyron, a McLaren MP4-12C, an Aston Martin One-77, a Mercedes-Benz SLS, an Audi R8, a Lamborghini Aventador LP 700-4, a Bentley Continental, a Ferrari FF, a Nissan GT-R, and a BMW M6 Gran Coupe. There is also a Mercedes-Benz G-Class SUV tuned by Brabus.

Other cars in the police collection include the Chevrolet Camaro SS, the Ford Mustang GT, and the 2015 Lexus RC F. The cars blend in well with the landscape of Dubai, which is known for its large number of luxury vehicles that cruise the streets.

The 90-second video of the police cars ends with a show-and-tell with the public nearby the Dubai Mall and Dubai Fountain. The fleet is known around the world, but the public viewing allowed people in Dubai to bring their kids to see the cars up close and to pose with police in front of the vehicles.

Not all of the cars used by the Dubai Police will engage in intense crime-fighting and high-speed chases down the highways, though. The recently added Lexus RC F, though it is known for speed, will be used more for public relations than for chasing bad guys.

The 467-horsepower car is among those used to cruise through high-profile tourist destinations like the world’s highest tower, Burj Khalifa.

Part of the function of the cars is literally to impress tourists and potential tourists. Sometimes the Dubai police even take the vehicles to promote their city at international expos.
Source 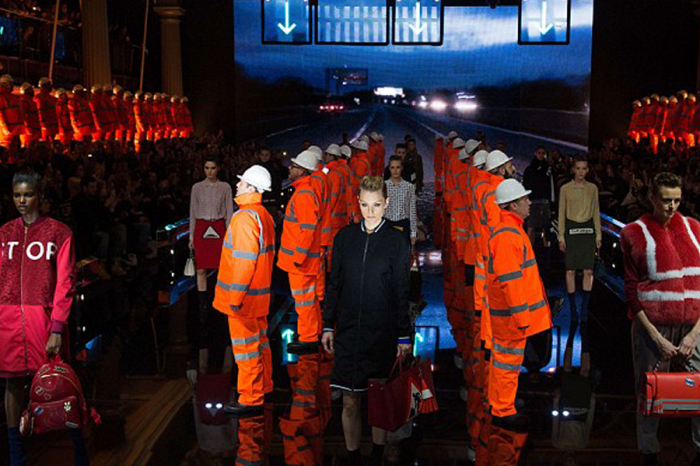