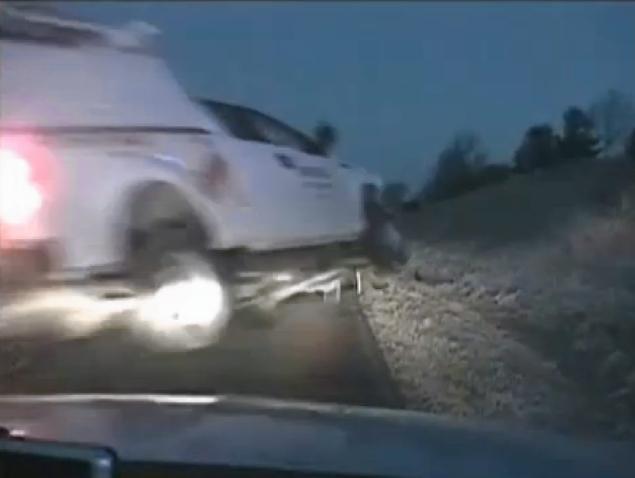 In this nail biting video a state trooper in Iowa is talking to a fellow officer in an unmarked car on the hard shoulder.

Johnson County Sheriffs Office released this dash cam video of the moment a pickup truck hits a lorry (left) and swerves off into the parked cars direction.

The driver of the pickup truck 45 year old Dana Miller survived the crash with only a cut on his forehead. The highways officer as you saw dodged the car in time and sustained no injuries getting away with his life.

The trooper in the seat was taken to hospital however thankfully did not sustain any serious injuries. The flying truck man was cited with failure to maintain control but not arrested for his reckless driving.

Johnson County Sheriff Lonny Pulkrabek said: This is just a glaring example of how close we came to losing Trooper (Jesse) Hernandez Deputy (Aaron) Hammes along with Reserve Deputy (Kim) Pearson … all because a driver of a semi chose not to slow down when approaching a crash scene full of vehicles and emergency lights” 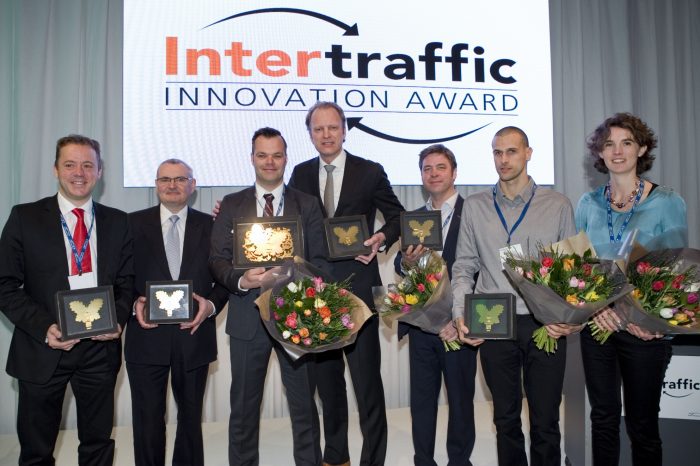 Winners of Intertraffic Innovation Award Are 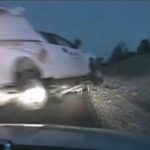