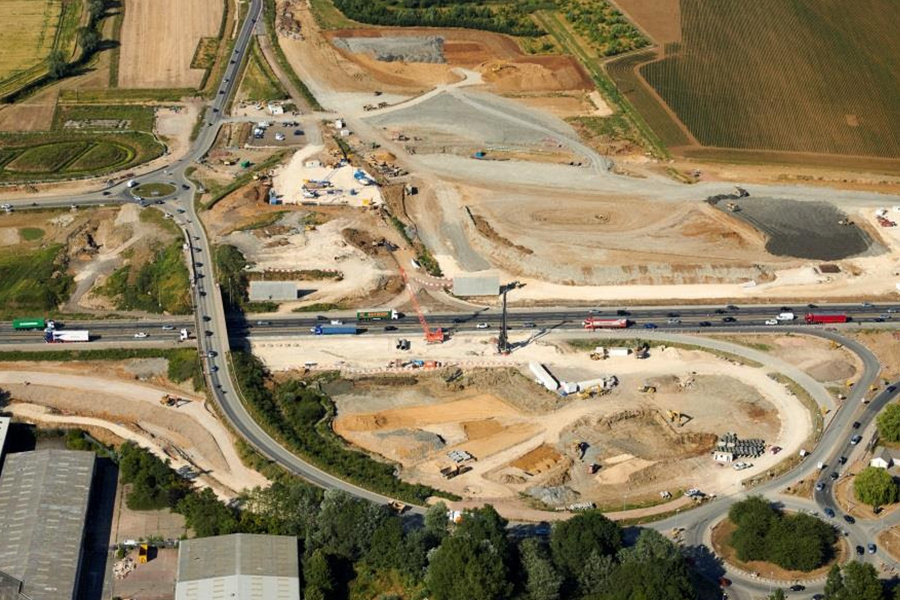 How do you build two 1,000 tonne bridges over a very busy road while (nearly) keeping the road open throughout? You build them at the side of the road and wheel them into place at the end!

This is exactly what the A14 Cambridge to Huntingdon upgrade team has been doing over the past few months. They have built four abutments to support the new bridges as well as two bridge decks at the side of the live carriageway, and are now ready to wheel the bridges decks, each measuring 44 metres, into place on top of the abutments.

Now the team has released an engineering video to show exactly how they plan to tackle the challenge – and it involves a very big, remote controlled platform on wheels. 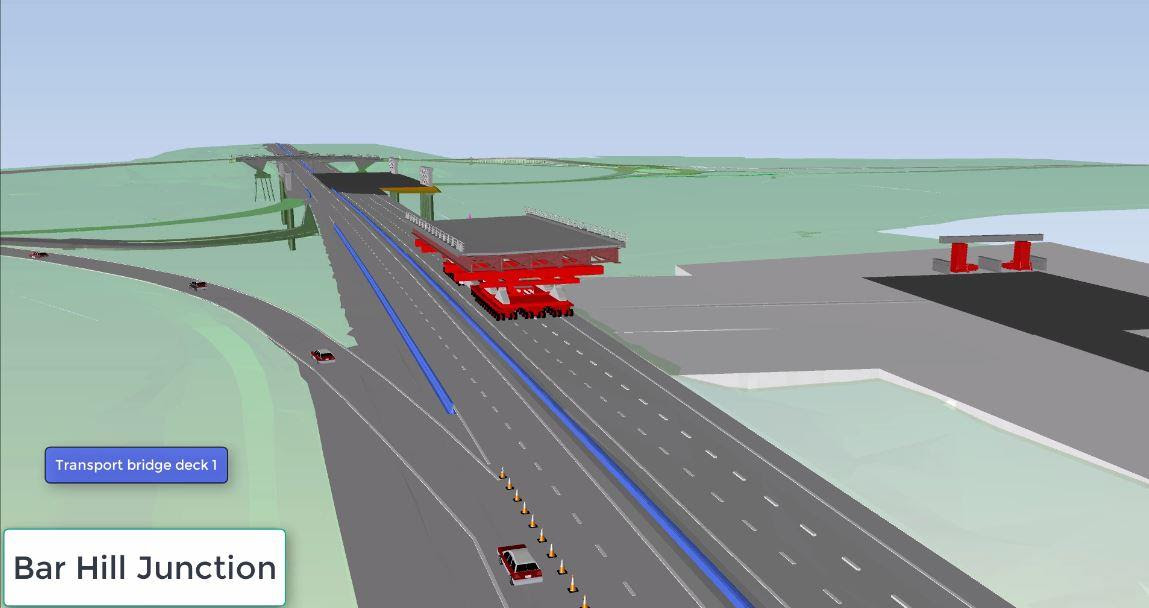 Caption: An image from the engineering video shows the remote controlled platform transporting the first bridge desk towards the first set of abutments.

The new bridges, which are being built as part of the £1.5 billion major improvement scheme and will be located at Bar Hill, will be installed during the weekend of 14 September. They will form a new, improved Bar Hill junction which will connect the A14 to the future local access road between Cambridge and Huntingdon, as well as to the existing local road between Bar Hill and Longstanton (B1050). 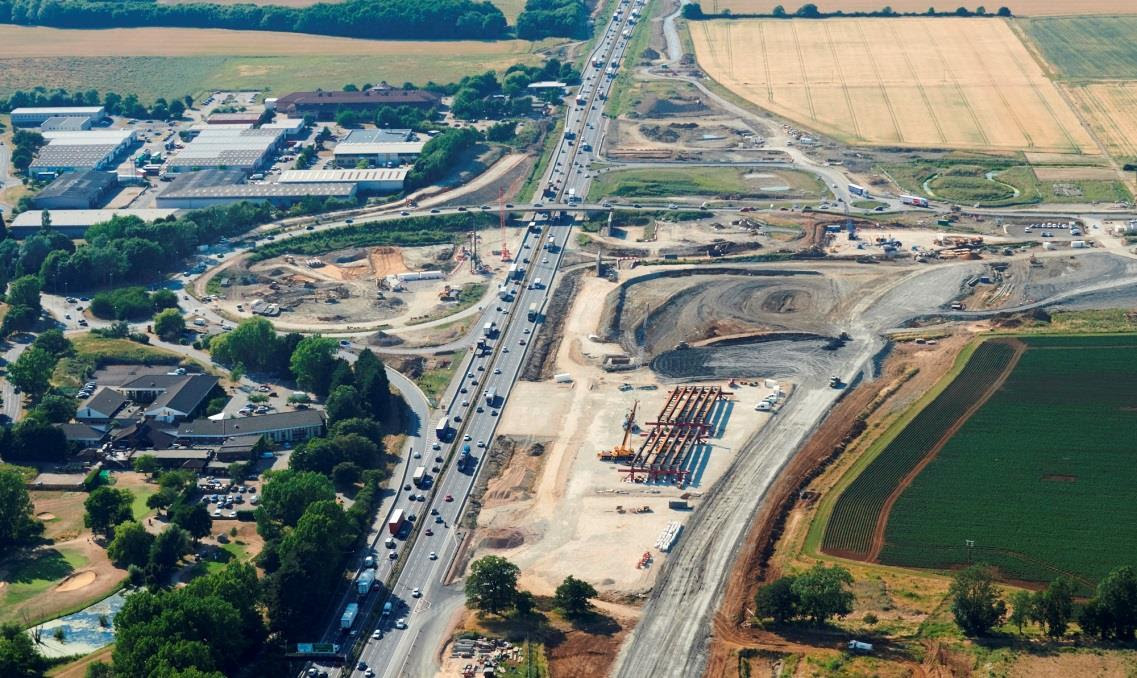 Caption: The Bar Hill junction on the A14 in Cambridgeshire, July 2018. The abutments for the two new bridges can be seen just south of the existing bridge and further down on the right of the road, the bridge decks can be seen being built.

David Bray, project director for the A14 Cambridge to Huntingdon upgrade at Highways England, said:

“Redesigning and building the Bar Hill junction was identified from the start of the project as one of the main challenges we would have to tackle. I am delighted that we’ve found a way to build the two bridges while keeping the A14 open as much as possible and disruption for people locally and road users to a minimum. And I am also excited that we’re using such an innovative solution to our challenge – that’s what makes my job so interesting!”

To carry out the bridge deck installation work safely, the A14 will need to be closed between Friday 14 September, 9pm, and Monday 17 September, 6am.

During the closure, clearly signed diversions will be in place as traffic not needing to enter or exit the A14 at Bar Hill will not be able to travel through the junction along the A14 in either direction. 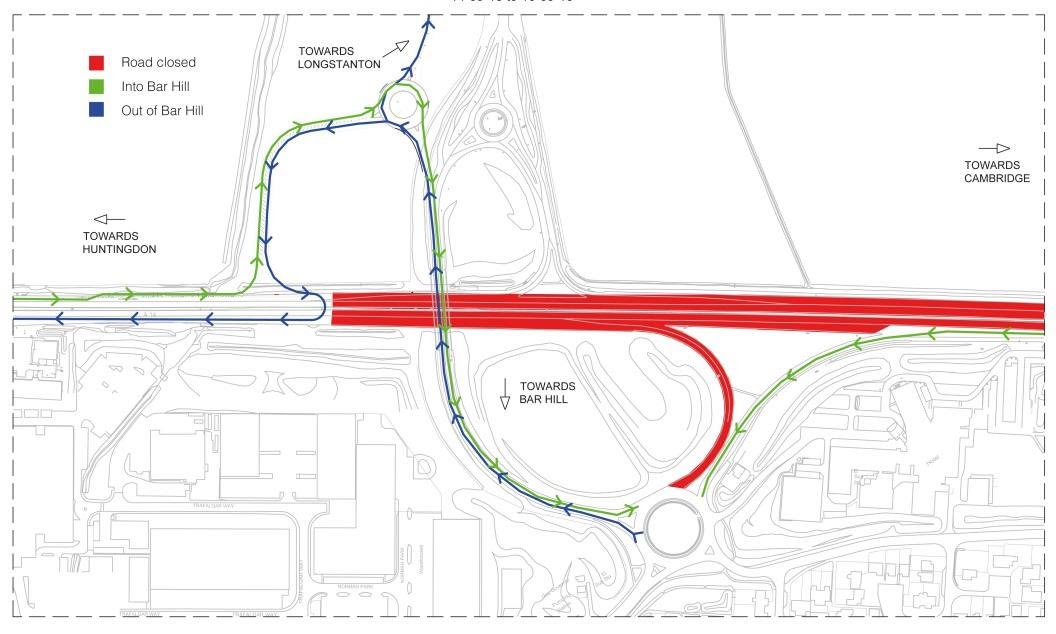 Caption: access to and from Bar Hill during the weekend closure.

The team will also need to make some temporary changes to the slip road during the closure.

The new bridges will ultimately replace the old bridge which will be demolished in 2019.

There is no space to safely watch the work taking place, during the weekend but people can find out more about the work and closure details, and watch the work via a live stream online by visiting the A14 Cambridge to Huntingdon social media channels and website.

Highways England is upgrading a 21-mile stretch of the A14 between Cambridge and Huntingdon to three lanes in each direction including a brand new 17-mile bypass south of Huntingdon, with four lanes in each direction between Bar Hill and Girton. The project, which includes 34 bridges and main structures, will add additional capacity, boost the local and national economy and cut up to 20 minutes off journeys.

To check the latest traffic information for the A14 and other roads, listen to traffic bulletins on local and national radio stations, visit http://www.trafficengland.com/ and follow Highways England on Twitter via @HighwaysEAST. 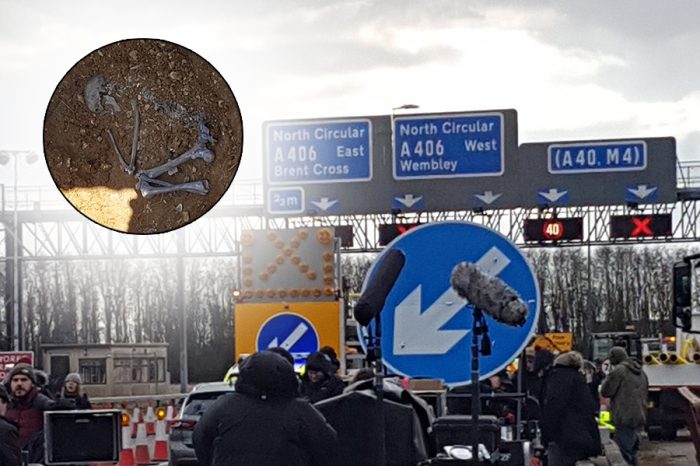 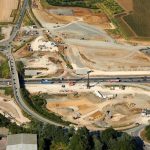