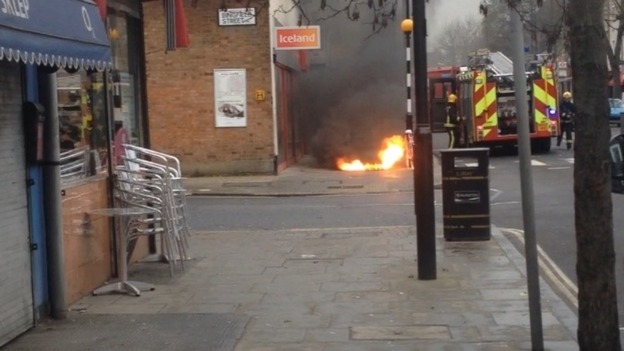 Flooding sinkholes and now spontaneously combusting pavements. Pedestrians have found luck as they avoid a pavement in North London burst into flames.

Caught on camera the explosion which was caused by an electrical fault left the pavement burning for some time as firefighters attempted to battle the flames.

The incident occurred at about 9am on Caledonian Road in Islington and was concluded an hour later.

A London Fire Brigade spokesperson said: A fire engine from Islington arrived within four minutes and quickly put the pavement fire out. Around 50 people from nearby businesses were evacuated as a precaution and thankfully no one was injured. The Brigade goes to around 50 incidents involving electrical manhole covers every year in London.

UK Power Networks stated: At about 9.15am today 84 customers experienced a power cut following a fault on a piece of equipment forming part of the underground electricity distribution network. Underground equipment can always develop a fault but most of the time it has no external impact. 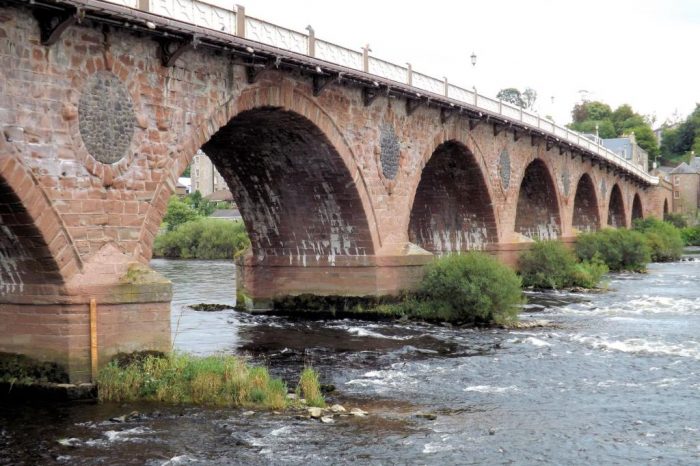 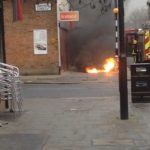