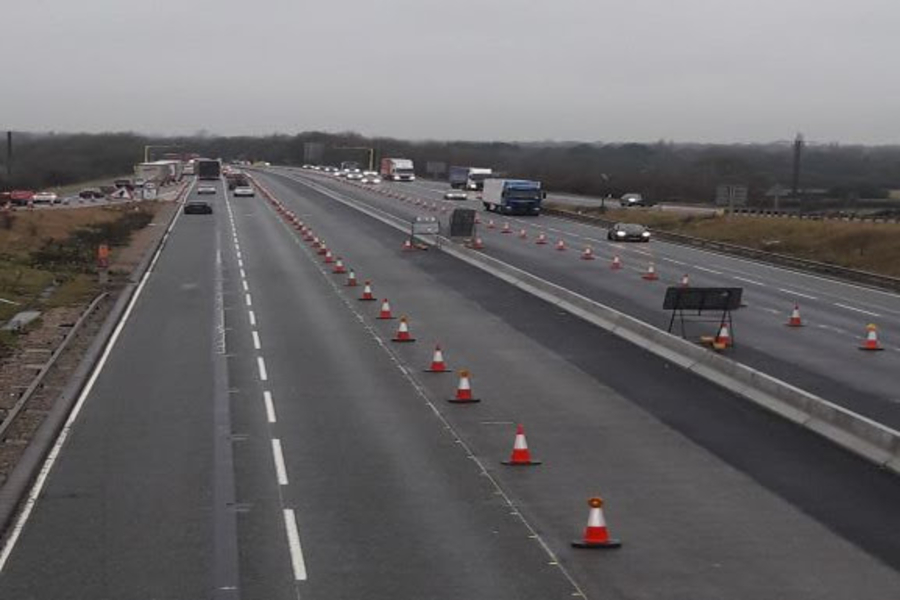 Ageing parts of two stretches of South Yorkshire motorways are getting a new lease of life thanks to around £7.7 million’s worth of safety improvements.

Drivers will receive enhanced protection along a five-mile stretch of the A1(M) near Doncaster after Highways England nears the completion of replacing a steel barrier in the central reservation with concrete.

Around 4,600 metres of the concrete barrier, between junction 35 (Wadworth), where the motorway connects to the M18, and junction 37 (Marr), are now in place. This will help prevent ‘cross-over’ incidents where vehicles go through the barrier onto the opposite carriageway. There are also fewer lane closures needed for any repairs.

More than 1,500 metres of drainage along the central reservation have also been installed, along with new steel barriers at the edge of the motorway to protect four bridges which cross the route.

Wadworth Viaduct, which carries the M18 motorway over the A1(M) and is over 40-years-old, has received a facelift with some of its parapets (bridge barriers) upgraded to provide drivers with safer journeys.

Between junctions 1 and 7 along the M18 safety barriers have been renewed or newly-installed, as well as resurfacing and drainage work.

“Our ongoing improvements along the M18 and the A1(M) near Doncaster will provide drivers with smoother and safer journeys.

“Highways England carries out a rigorous inspection regime for each of its structures and routes, and by carrying out this work now, ensures they remain safe as possible and reliable for many years to come.”

Today (Monday 1 February), Highways England is removing the narrow lanes on the A1(M) junctions between 35 and 37, starting northbound then southbound and this should be complete by mid-February.

Once the narrow lanes have been removed the northbound entry slip road from Wadworth roundabout on to the A1(M), which has been closed for safety reasons, will be re-opened.

Overnight closures will be in place later in the month (February) to resurface parts of the northbound and southbound carriageways on the A1(M) between junction 35 and 36, remove cameras and reinstate the affected sections of the hard shoulder. Drainage work in the verges will continue with the scheme expected to be completed by mid-March, weather permitting.

From Monday 15 February, barrier renewal work at Wadworth roundabout will take place for eight weeks. There will be lane closures on the roundabout 24/7. Overnight between 8pm and 6am, Monday to Friday, a quarter of the roundabout will be closed at a time, at the start and end of the scheme to allow installation of traffic management. 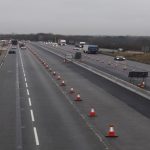