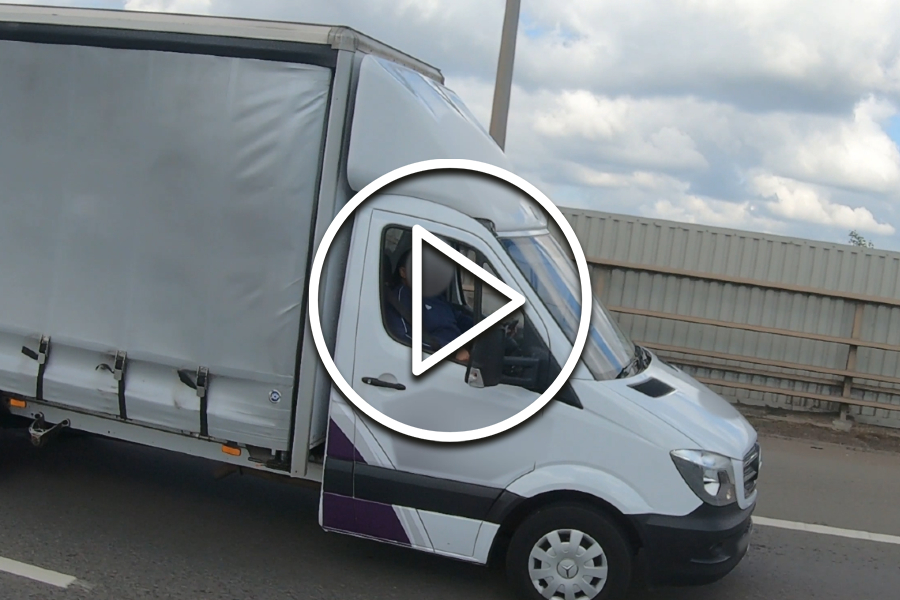 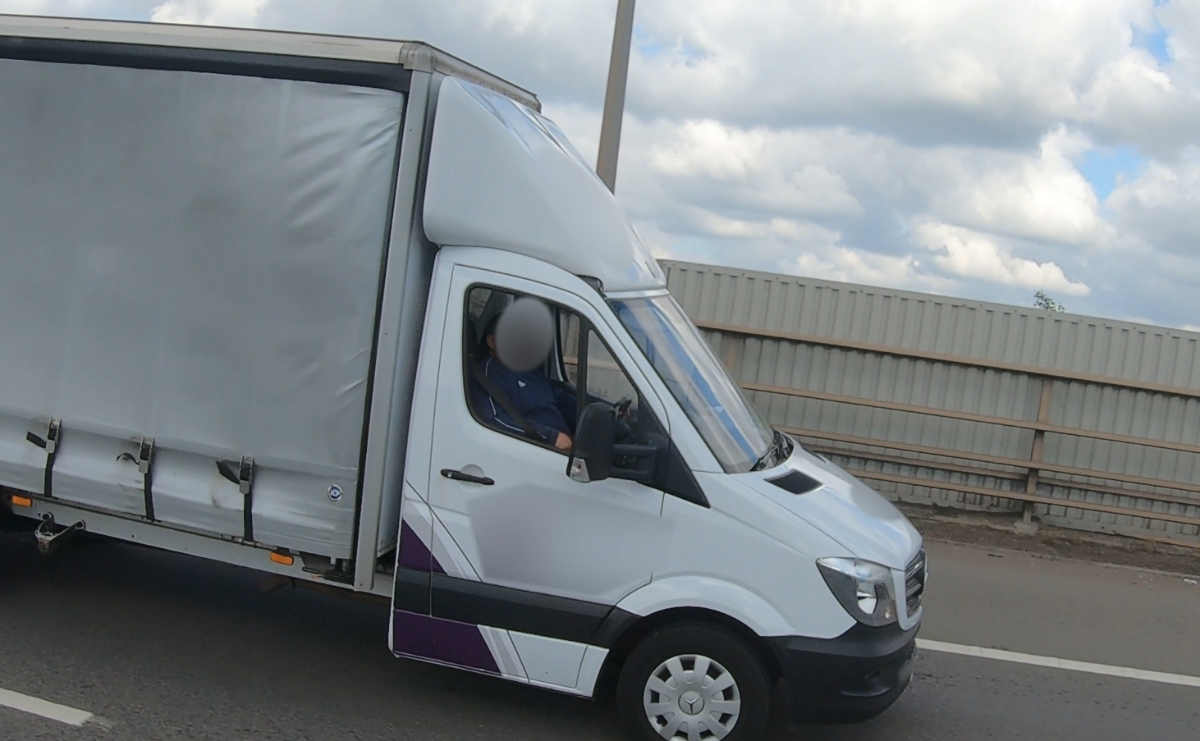 Two drivers who were literally driving ‘hands free’ had a nasty shock when they realised they had been caught on camera by police officers patrolling in one of National Highways’ unmarked HGVs.

In new footage released today, a van driver is seen talking on his phone and looking at his sat nav as he travels along the A500 in Stoke-on-Trent. He transfers the phone to his left hand and picks up a drink in his right hand, leaving just two fingers on the wheel.

But he then takes both hands completely off the wheel to put down his drink and move the phone back to his right hand.

Still chatting away on his phone, the driver remains oblivious to the fact he is being filmed as he takes the exit off the A500 – followed by police travelling behind who had been alerted by officers in the National Highways HGV cab. 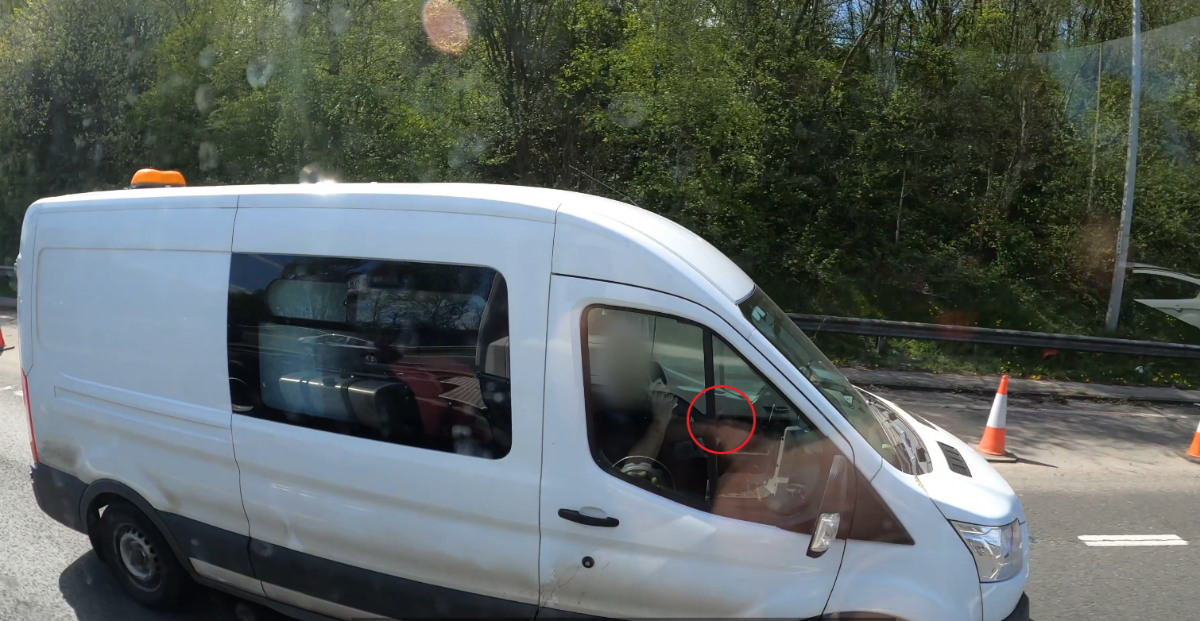 Caption: Watch this motorist driving with a drink in one hand and his phone in the other (circled) here

In a second clip, a lorry driver has both of his hands in a tobacco pouch and then rolls a cigarette as he drives along the M40 in Warwickshire before looking over to see the camera rolling in the HGV next to him. 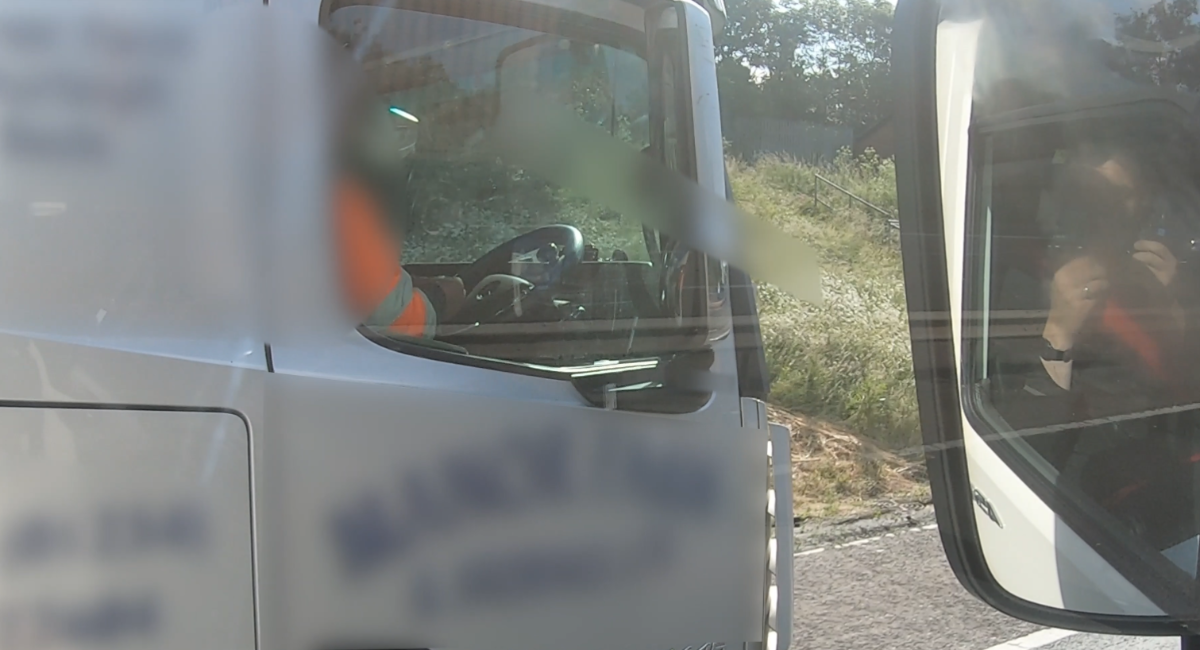 Caption: Watch the driver at the wheel of this lorry rolling a cigarette with no hands here

Other footage shows the moment a driver who is not wearing his seatbelt is spotted by Warwickshire Police. He was followed off the motorway by police officers travelling behind and dealt with.

Caption: The driver quickly tries to pull on his seatbelt but too late as he has been caught on camera. Watch the footage here

These are the latest in over 28,000 offences which have been recorded by officers in the Operation Tramline HGV cabs since the national safety initiative was launched by National Highways to support its partners in roads policing.

The unmarked HGV cabs are now being used as part of a multi-agency Week of Action on the M6, taking place from Monday 13 June to Sunday 19 June, which aims to reduce the number of incidents on the motorway.

The campaign takes place along the length of the M6, the longest motorway in the country, and so has been labelled Operation Vertebrae.

National Highways deals with almost 180 reported incidents on the M6 every day. These include a large number of traffic collisions with 3,484 reported on the M6 in 2021 – despite the impact of lockdown at the start of the year.

More than 28,100 offences have been recorded by police partners in Operation Tramline since its launch in 2015. The most common offences are not wearing a seatbelt (8,375); using a mobile phone (7,163) and not being in proper control of a vehicle (2,083).

“Through this week of action we want to make all of our roads safer by raising awareness and encouraging motorists to consider their driving behaviour – not only on the M6 but on all of our roads.

“Working together with our road safety partners, we are spreading our safety messages and raising awareness that those who put themselves and others at risk can expect to be spotted. Operation Tramline enables our partners in enforcement agencies to identify that high-risk minority and take action to bring their behaviours in line with the safe and law-abiding majority.

“The types of behaviour identified are typically those of a minority of motorists and whilst the number of people still using their mobile phone at the wheel or not wearing a seatbelt is disappointing, thanks to the Tramline HGVs we’ve been able to stop people who could have caused serious harm on the road.”

From their elevated viewpoint in the unmarked HGV cabs, police officers are able to spot people driving dangerously – whatever vehicle they may be in. Consequences for drivers range from warnings to fixed penalty notices, court summons or arrest. 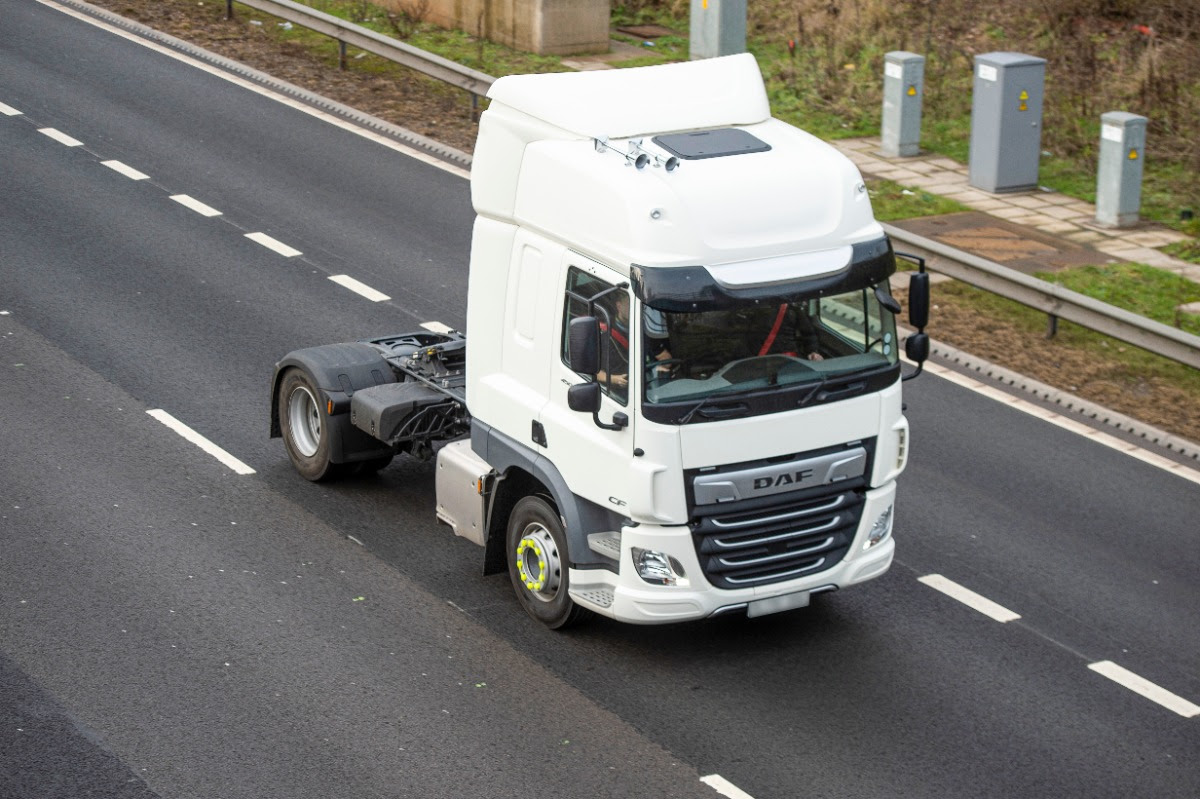 Caption: One of the unmarked Operation Tramline HGVs

“We have collaborated with National Highways on the Operation Tramline roads safety initiative for many years.  We all recognise that being distracted while driving increases the risk of a collision and the potential to leave families and communities devastated, particularly with the sheer size and weight of some of the larger vehicles on our roads.  We really welcome the opportunity to identify any driver who would put themselves and others at risk by being distracted, it is totally unacceptable.’

“DVSA’s priority is to protect everyone from unsafe drivers and vehicles.

“We always welcome the opportunity to support other agencies with our enforcement teams’ wide-ranging expertise. By using the latest technology and techniques we can target drivers and vehicles who pose the greatest risk to road safety.

“This week of action alongside our partners will help drivers, operators and businesses better understand what they can do to help keep our roads safe.” 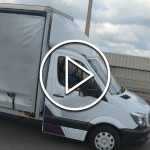