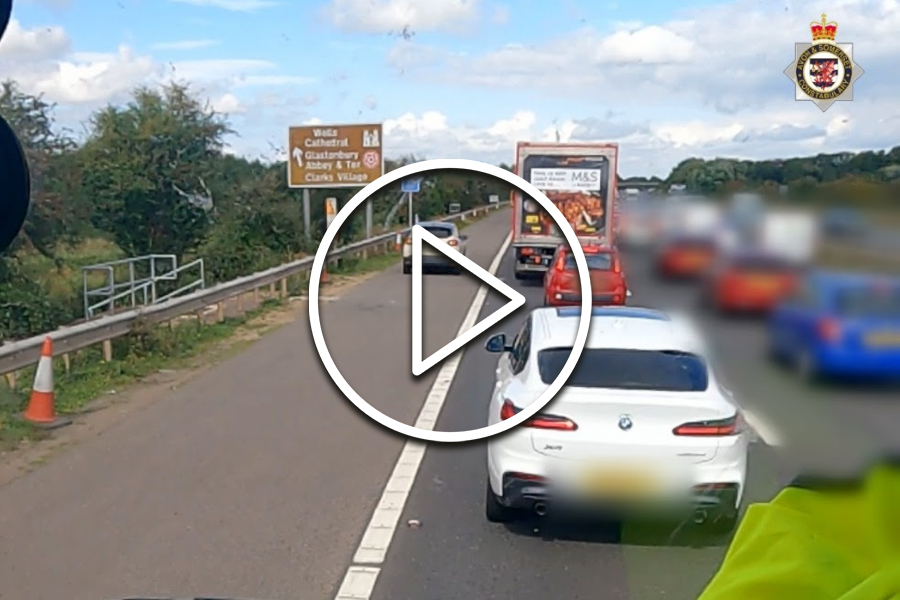 This is the moment a motorist was caught illegally driving down the hard shoulder of the M5 during a fortnight of action by police patrolling the South West’s motorways in unmarked National Highways HGV cabs.

The driver took it upon themselves to avoid three lanes of stationary traffic by travelling up the hard shoulder between junction 24 for Bridgwater and junction 23 for Highbridge.

Little did the driver of the Renault Captur know that they were being filmed by officers from a National Highways cab – and ended up with a traffic summons.

Acting Sergeant Martyn Truscott of Avon and Somerset Police said: “Department for Transport figures show that more than 100 people are killed or seriously injured each year on motorway hard shoulders in the UK.

“There are only two legal uses for the hard shoulder – as a lane for emergency vehicles attending an incident and as a refuge for broken down vehicles. Using it at any other time unless instructed to do so by traffic officers or roadworks signs can land you with a £100 fine and three points on your licence. Stopping because a passenger feels unwell or needs the toilet, to use your mobile phone or because you are feeling tired are not acceptable uses for the hard shoulder.

“You are also not allowed to use the hard shoulder to bypass traffic jams.”

The incident was one of 240 offences – averaging 24 per day – recorded during Operation Peninsula, a multi-agency fortnight of action on the M5 and M4.

As part of a national Operation Tramline programme, police forces across the country have been employing the unmarked National Highways’ HGV cabs on regular safety operations across the strategic road network since 2015, and last-month south east forces patrolled the M25 as part of Operation Orbital.

National Highways is keen to raise awareness of any high-risk behaviours, and Head of Road Safety Jeremy Phillips said: “Our aim through this campaign was to make not only the M5 and M4 but all of our roads in the South West safer by raising awareness and encouraging motorists to consider their driving behaviour.

“The HGV cabs helped the police to identify hundreds of dangerous drivers who could have caused collisions and harm if they hadn’t been pulled over. The Driver and Vehicle Standards Agency also intervened to take dangerous vehicles off the road, and our safety advice given at motorway services and through the campaign also helped.

“We are confident that, working together with our road safety partners, this campaign has helped spread our safety messages to drivers but also raised awareness that those who engage in high risk behaviours can expect to be spotted and, if an offence has been committed, action will be taken by our enforcement partners.”

During the fortnight, police officers caught 64 drivers using their hand-held devices illegally or resting on their laps, and PC Sarah Harvey of Devon and Cornwall Police said: “We are seeing drivers using mobile phones in their laps – this is extremely dangerous as they are looking down and anywhere but the road ahead.

“Life has become too reliant on mobile phones, from recording voice messages to watching films. Just because you are on a hands-free device it still means you are not fully concentrating on the road and other road users around you.

“It only takes a split second for it to go horribly wrong so put your phone on silent and pop it into your glove compartment so you aren’t tempted to use it while driving.”

In total, 192 vehicles were stopped by police using the unmarked cabs along sections of the M4 and M5, including 77 HGVs and 78 private vehicles and action taken ranged from words of advice or fixed penalty notices to traffic offences being reported and five arrests.

Failing to wear a seatbelt was the second most common offence with 41 people seen risking their lives without the safety protection, while 23 speeding offences were recorded.

But the fortnight of action saw a 20% reduction in the number of incidents and traffic collisions for the same period from the pre-pandemic figures of 2019. 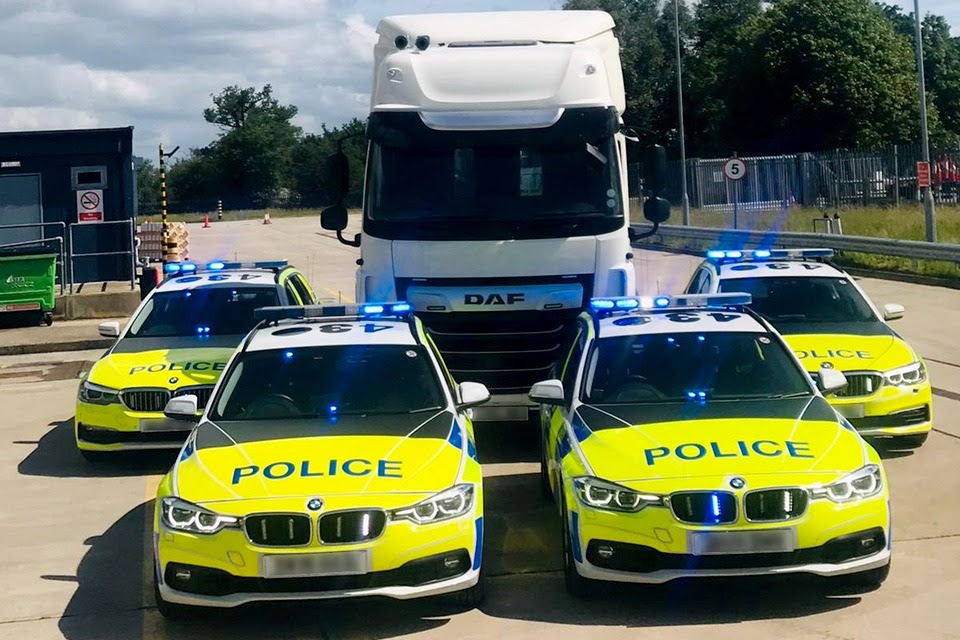 Sgt Lucy Powell of Gloucestershire Constabulary said: “The vantage point from the cab allows us to detect offences that we might not see from our normal patrol vehicles, particularly with heavy goods vehicles and larger vans.

“Operation Peninsula allowed us to monitor drivers on the M5 in a bid to ensure the roads of Gloucestershire are safe for all – drivers using a phone behind the wheel are four times more likely to be involved in a collision, far less likely to notice and react to hazards, and more likely to show poor lane discipline and make more variable speed choices.”

In addition to the Operation Tramline HGV cabs, there were also Driver and Vehicle Standards Agency patrols, vehicle stops and advice given to drivers at motorway services by campaign partners, including the Somerset Road Safety team.

The DVSA teams examined a total of 73 vehicles – 68 HGVs, two LGVs, a minibus and agricultural tractor and trailer – and among the 23 offences:

DVSA’s Director of Enforcement Marian Kitson, said: “DVSA’s priority is to protect everyone from unsafe drivers and vehicles.

“As a society we have become increasingly aware of how valuable the haulage industry is. Most operators keep to safety rules and continue to provide a vital service for our country.

“It was disappointing, however, that together with our partner agencies we found serious examples of unsafe vehicles and drivers during this operation.

“DVSA’s guidance is available to all operators and drivers to ensure they are able to supply our country safely.”

Other agencies taking part in the fortnight of action included Somerset Road Safety and Devon and Somerset Fire Service, who joined Avon and Somerset Police, National Highways’ traffic officers and the DVSA at a Fit for the Road safety event at Taunton Deane Services, raising awareness of the importance of tyre checks and other safety tips. 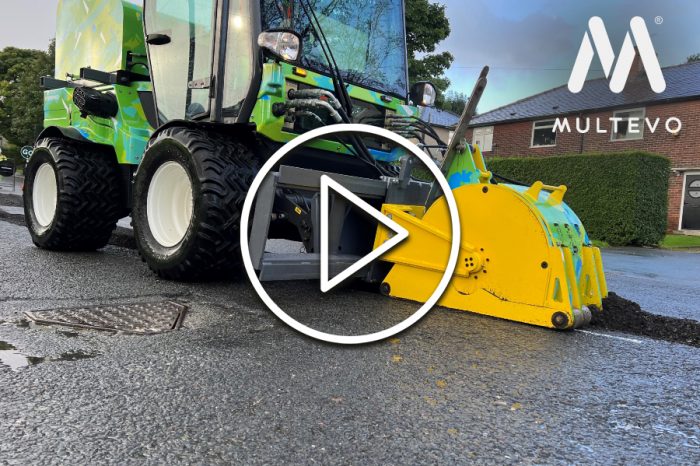 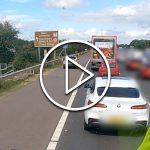