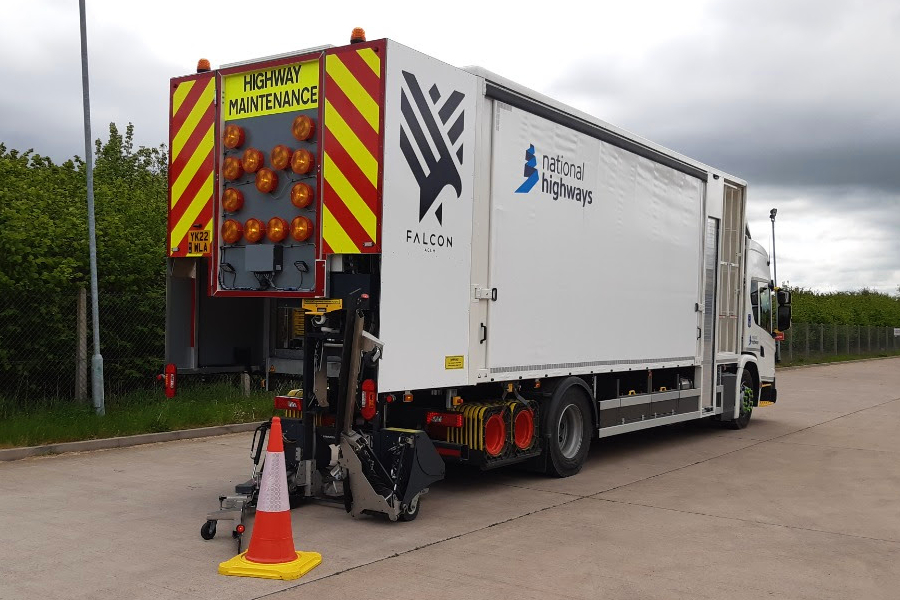 The importance of embracing new autonomous technology has been highlighted by current and former traffic management workers who say the innovations are helping to keep them safe.

It comes as Road Safety Week launched (Monday 14 Nov), with the spotlight on the theme of ‘Safer Roads for All’.

National Highways believes nobody should come to harm while travelling or working on its roads and is therefore investing in connected and autonomous plant innovations which help remove workers away from potentially dangerous situations. 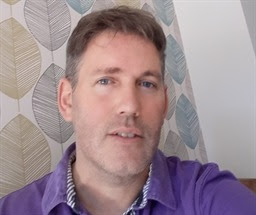 Shane Wimble spent around seven years putting out traffic management in the 1990s – but his body will pay the toll for the rest of his life.

He said: “I can’t change what happened to me – my back is permanently wrecked, there is not a day go by when I am not in some sort of pain. We have a duty to ensure, so far as is practicable, the health, safety and welfare of our workforce so if an innovative measure to mitigate risk presents itself then we must embrace it.”

It was the manual lifting of heavy traffic signs, picking up and putting out cones that led to Shane suffering severe lower back pain. He was forced to leave the role but the musculoskeletal pain and spinal damage he suffers will never go away.

He believes the damage is down to poor manual handling techniques and a lack of risk awareness at that time. There have been significant health and safety changes since those days with commitments by National Highways and the industry to reduce and eliminate where possible any foreseeable or unacceptable risks.

But some elements of the job continue to be manually intensive which is why innovations such as the new automated cone laying vehicle, currently operating on the M25, are so warmly welcomed by people like Shane.

Now aged 51, he is a Traffic Safety and Control Officer for National Highways. Recalling those early years on the roads, he said:

“I was working with some operatives older than me who complained of various aches and pains but it was just seen as part of the job.

“My lower back issues were treated by physio teams to keep me on my feet, and so I continued as a TMO with not a care in the world – after all I was young, had bills to pay and a growing family to support.”

Shane, who is based in Maidstone, has helped to bring about significant changes in temporary traffic management. He was part of a group tasked with the Aiming for Zero strategy and was involved with the TRL from 2010 with risk mitigation trials which led to the introduction of numerous Interim Advice Notes (IANs). There is now more training, supervision, protection and support for road workers not only physically but also mentally – though he believes more could still be done.

Practises have changed a lot since his time on the roads, for example workers no longer have to lift signs and frames across live carriageways on foot, some of which used to be one piece and very heavy

But some of the basic elements of the job such as lifting equipment, working in all weathers and close to live traffic continue today.

Through its Innovation Designated Funds programme, National Highways is investing in autonomous plant which will help protect workers. The automated cone laying vehicle (ACLM is one of those innovations.

The Falcon ACLM, developed by Highway Care, has been rolled out on the road network by Balfour Beatty’s Connect Plus Services’ consortium, which operates and manages the M25 and its arterial routes.

And it has already had a lot of positive feedback from the teams using the vehicle.

Technical officer for CPS, Dale Hicks, said of the ACLM:

“The major benefit is removing workforce from the point of danger. Standing in the footwell they are so close to the passing traffic. They are exposed to extreme noise levels, emissions. The cone laying machine removes all that. It’s phenomenal.

“The guys at the end of shift are refreshed, still alert, not fatigued which you can be at night. It’s the nature of the work – when you have manhandled 400 cones in a shift you are tired.” 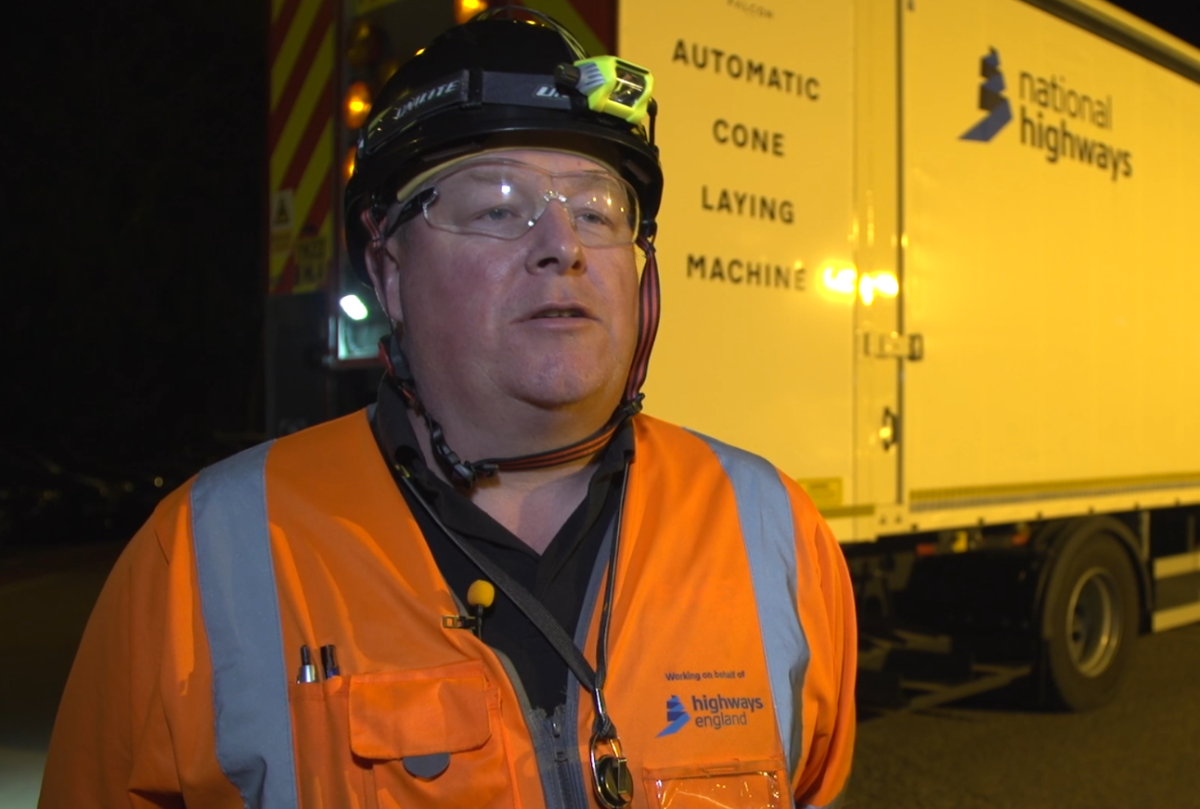 “It is the way forward. Taking that physical aspect out of the job, with all the twisting and turning and manual handling, you are not going to have problems down the road with your back and elbows.

“It reduces the time out on the back of the truck. You aren’t out waiting to be potentially hit, you are inside in a secure vehicle.”

“There’s nothing worse than when you are picking up traffic management at 3 o’clock on a winter’s morning. This is taking the operatives away from that and the dangers that frost and the winter elements bring.”

The ACLM is just one innovation National Highways is supporting to remove people from the ‘front line’. For example autonomous diggers were used on the A14 and plant is now available which digs to a specified level, without the need for a foreman standing close by.

Automatic tapers to close off lanes avoiding the need for workers having to manually put out cones are also being trialled at Hindhead Tunnel on the A3 in Surrey.

“Safety is our priority at National Highways and we are always looking at ways to improve safety for everyone who works and travels on our roads.

“Connected and autonomous plant is part of the ongoing digital revolution in the industry which not only makes work safer but also quicker – reducing disruption for the public – and with significant benefits for the environment.

“The roads industry is also struggling with recruitment at the moment but automation will make the jobs safer and less physically arduous and therefore more attractive, as well as freeing up people to do other tasks.”

“I`m pleased to see positive steps being taken to significantly reduce manual handling associated with traffic management by means of automated vehicles. I can`t change what has been, nor can the damage to my spine that occurred during the start of my career be repaired, but we have opportunities now to make a significant difference, and with the support of the industry and our staff embracing change a positive outcome will surely be achieved.” 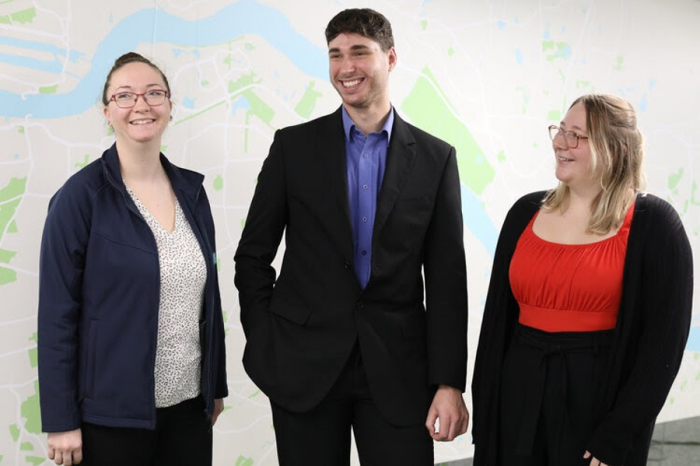 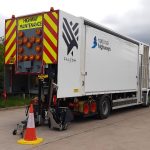