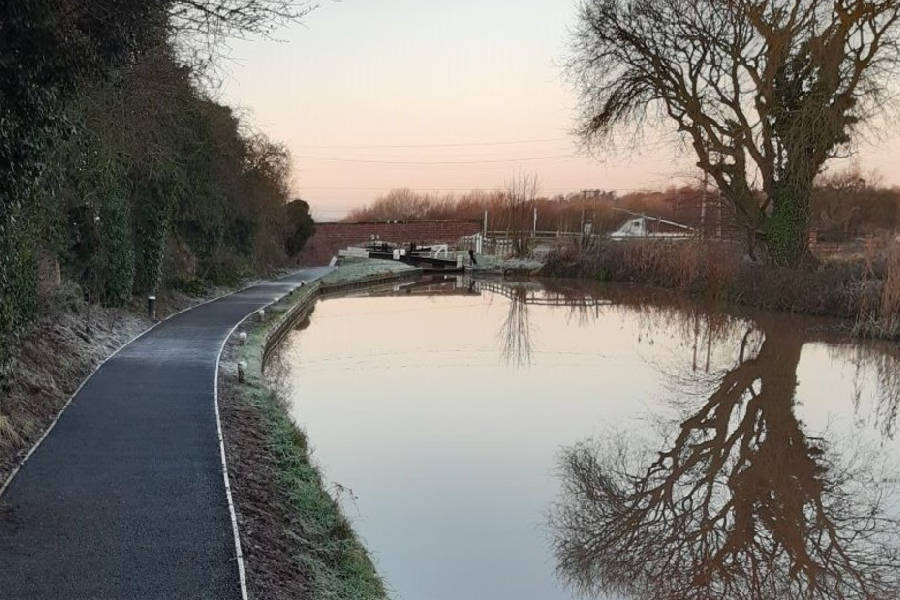 The towpath runs alongside the Worcestershire & Birmingham Canal near junction 6 of the M5. It is a well-used route for runners and dogwalkers every day.

And they can now put their best foot forward on the new 1.8km towpath – funded through Highways England’s Designated Funds Programme – thanks to the work which has been delivered in partnership with the charity, Canal & River Trust.

“This is a much-needed improvement to the towpath along the canal. We know how popular this route is with walkers and with more people looking to head outdoors for their daily exercise amid lockdown restrictions it’s nice to be able to help by giving a new lease of life.”

“Research shows that spending time by the waterways can help us all feel happier and healthier so these improvements will make a very real difference to the lives of local people. With this newly resurfaced weather proof towpath local people will be able to use the canal throughout the year without the worry of getting stuck in mud puddles.

“Whether it’s a green, traffic-free route to work, a place to keep fit or just a quiet place to de-stress, the canal is on the doorstep and free for everyone to enjoy.”

This work is just part of Highways England’s wider commitment, through designated funding, to making life better for communities living and working near its network of major A-roads and motorways.

Further down the M5, a mile-long stretch of canal that disappeared more than half a century ago is a step closer to being restored, thanks to £4 million of funding from Highways England.

In the late 1960s the construction of the motorway and a roundabout in Gloucestershire meant the Stroudwater Navigation Canal was effectively split in two.

Since 1972, volunteers from the Cotswold Canals Trust have been working to restore derelict sections of the canal route.

The work will restore historic features near to junction 13 of the M5 including new bridges and a new lock and improve more than 30 hectares of wildlife habitats.

The project, led by the Cotswolds Canals Trust and involving Stroud District Council, will restore the waterway, locks, bridges and wetlands west of Stonehouse in Gloucestershire that were lost when the M5 and a roundabout linking the A38 and A419 were built more than 50 years ago.

Elsewhere, Highways England has also announced £42,000 of funding to the Wilts & Berks Canal Trust to carry out a feasibility study into the restoration of its waterway via a crossing of the M4 near Swindon, a project aimed at ultimately linking the country’s northern and southern waterway systems.

Original source article: https://www.gov.uk/government/news/walk-this-way-worcestershire-towpath-given-makeover
Disclaimer: This article was not originally written by a member of the HighwaysIndustry.Com team. 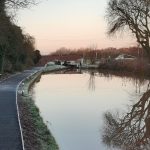