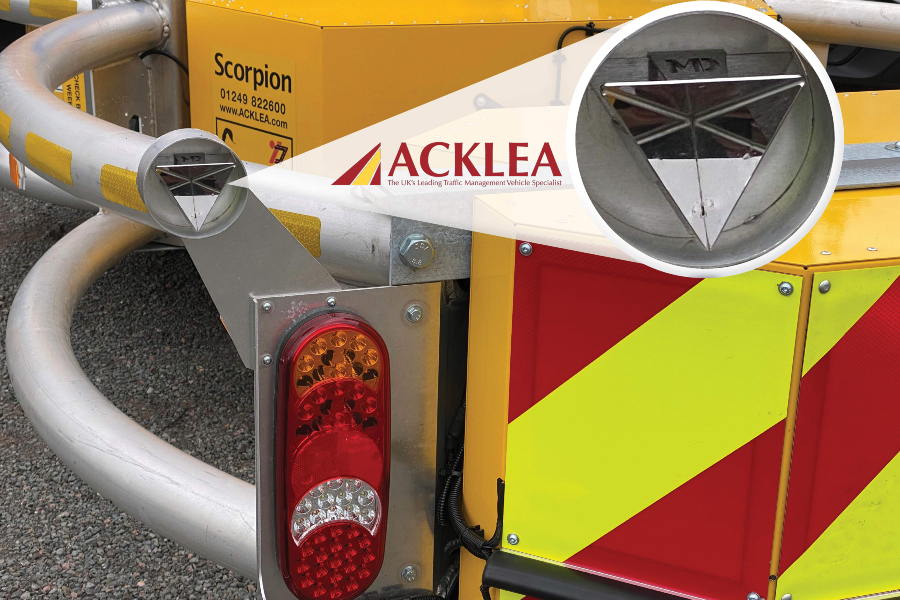 Traffic management vehicle specialist Acklea has partnered with automatic emergency braking experts Moshon Data to become the sole distributor of the Moshon RadViz in the UK.

Crash prevention device RadViz is a radar reflector that helps to make non-standard vehicles, such as traffic management units, more visible to Automatic Emergency Braking Systems (AEBS). These systems became compulsory on most HGVs from November 2015 and are rapidly becoming standardised on other vehicles to meet the NCAP 5-star safety rating.

Acklea will offer RadViz to all of their customers and has adapted the technology to recognise trucks with deployed crash cushions from a number of manufacturers. Fitting two RadViz reflectors, in specific locations, significantly increases the radar signature of these vehicles and therefore drastically reduces the probability of impact by an AEBS-equipped vehicle.

Moshon Data worked closely with the Dutch Highways Agency to investigate why HGVs were colliding with highway maintenance vehicles working on roads, even after AEBS were made compulsory in 2015. The research established that unusually shaped vehicles were not detected by AEBS. However, fitting small RadViz radar reflectors to these vehicles significantly improves the AEBS radar sensor’s detection capability, resulting in fewer collisions.

The innovative aspect of this technology first derived from its current use of defining dummy targets by making the targets appear real to a vehicle, therefore making them visible to radar systems. That is why all automotive manufacturers worldwide use a similar radar reflector to test their AEBS.

Building upon this, Moshon Data modified the existing principle of the reflector that is used in dummy targets and developed a standalone reflector that can be affixed to the back of a vehicle. This initiative allows all vehicles fitted with radar AEBS to improve vehicle detection of unusual objects, thus making it a familiar object to AEBS.

Clive Brocklehurst, product manager at Acklea, said: “RadViz is a cost-effective and innovative solution that reduces accidents involving modern vehicles equipped with AEBS, by enabling the-on board technology that alerts drivers when they are getting too close to traffic management vehicles. This is increasingly important at a time when highway road maintenance and development is increasing, and vehicle and employee safety is a priority.

“It is one more step in helping organisations working on main roads and motorways to ensure that they keep their vehicles and people safe.”

Steve Boyle, managing director at Moshon Data, said: “Our partnership with Acklea has enabled us to access their expertise in highway maintenance vehicles and adapt how best to use RadViz technology in that sector. It will also help place devices onto more traffic management vehicles in the UK, thereby helping prevent collisions.

“We work with many vehicle manufacturers to help them test their safety sensors in a way that translates to real-world road safety, and RadViz is a simple but key element of creating safer roads.

“The salient reason behind RadViz’s success is that it works in a similar way to targets that are manufactured for AEB testing, in that it incorporates a similar radar reflector. However, the ingenuity behind the RadViz is that it builds upon this, acting as a transferable stand-alone reflector that is visible to radar. The innovation is simple yet effective; from targets to highway vehicles, its possibilities are endless.” 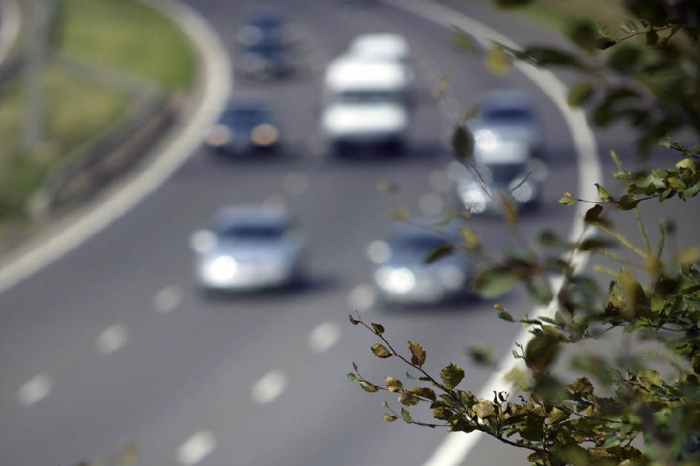 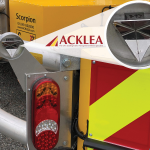